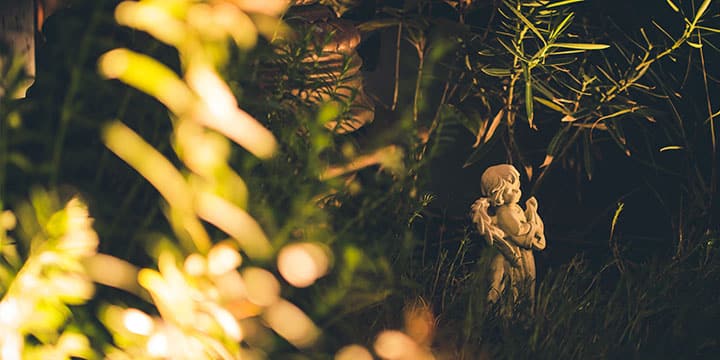 2. “I saw the angel in the marble and carved until I set him free.” – Michelangelo

3. “Black as the devil, hot as hell, pure as an angel, sweet as love.” – Charles Maurice de Talleyrand

5. “Angels are like diamonds. They can’t be made, you have to find them. Each one is unique.” – Jaclyn Smith

6. “I accept the fact that angels are great heavenly beings, and I think some people give me the feeling that I’m with an angel.” – Benjamin Clementine

7. “I’m just looking for an angel with a broken wing.” – Jimmy Page

8. “Angels represent God’s personal care for each one of us.” – Andrew Greeley

9. “A man does not have to be an angel in order to be saint.” – Albert Schweitzer

11. “Angels are forever because they are of a nature where they do not sin.” – Barry Bowen

12. “Men would be angels, angels would be gods.” – Alexander Pope

13. “It is by suffering that human beings become angels.” – Victor Hugo

14. “It was pride that changed angels into devils; it is humility that makes men as angels.” – Saint Augustine

15. “We will see the presence of angels and we will see an intensification of miracles around the world.” – Pat Robertson

16. “Be kind to strangers, because it’s the loving thing to do. Also, you never know – they could be angels.” – Scott Curran

17. “Death makes angels of us all and gives us wings where we had shoulders smooth as ravens claws.” – Jim Morrison

18. “Angels are spirits, flames of fire; they are higher than man, they have wider connections.” – Matthew Simpson

19. “People who act like angels ought to have angels to deal with.” – Samuel Richardson

21. “When someone dies, an angel is there to meet them at the gates of Heaven to let them know that their life has just begun.” – Unknown

22. “We are each of us angels with only one wing, and we can only fly by embracing one another.” – Luciano De Crescenzo

23. “Music is well said to be the speech of angels.” – Thomas Carlyle

24. “It is impossible to see the angel unless you first have a notion of it.” – James Hillman

25. “I know I got angels watching me from the other side.” – Kanye West

26. “We shall find peace. We shall hear angels, we shall see the sky sparkling with diamonds.” – Anton Chekhov

27. “Angels are heralds of eternity sent to help mankind break through when they cannot break out.” – Graham Cooke

28. “I began to develop my angel connection very, very, slowly. I wish I could tell you I welcomed it. In reality, I fought it tooth and nail.” – Kathy Mursch

29. “Each angel that God created was in himself a masterpiece. Each one possessed his own degree of intelligence and his own beauty.” – Mother Angelica

31. “When I look back on my life, I wonder how I survived – my mother said I had a guardian angel.” – Micky Dolenz

32. “There is a sharpness, an awareness that comes when fasting. I have never seen angels when fasting, but I have often sensed them.” – James Robor

33. “Angels are praising God and testifying in his name about all his mighty deeds.” – Erol Woods

34. “While we may not have angels speaking to us, we do have God’s Word, in the Bible, to tell us of His promises and plans for us.” – Jennifer Carter

35. “Oh, I am an angel, though sometimes I wish I was more of a devil.” – Victoria Pendleton

36. “I have angel wings and a halo on my wrist, which I got done on my 30th birthday in memory of my brother.” – Sheridan Smith

37. “While angels and other heavenly beings were magnificently created, they were not created in God’s image.” – Henk Kruger

39. “I never wanted a Guardian Angel. I didn’t ask for one. One was assigned to me.” – Mercedes McCambridge

41. “In heaven an angel is nobody in particular.” – George Bernard Shaw

42. “No, I never saw an angel, but it is irrelevant whether I saw one or not. I feel their presence around me.” – Paulo Coelho

44. “It’s amazing what miracles and little angels and pure love around you can bring out.” – Tionne Watkins

45. “Law describes the way things would work if men were angels.” – Christopher Dawson

46. “I think we all do have a guardian angel. I believe they work through us all the time, when we are thoughtful and good and kind to each other.” – Roma Downey

48. “I have a thing about angels. I believe in them. I feel like I have a guardian angel. I think everybody has one.” – Sheryl Lee

50. “All God’s angels come to us disguised.” – James Russell Lowell

51. “An angel is a spiritual creature created by God without a body for the service of Christendom and the church.” – Leo Rosten

52. “Trust no friend without faults, and love a woman, but no angel.” – Doris Lessing

54. “For he shall give his angels charge over thee, to keep thee in all thy ways. God’s invisible army is at your service, and God can see you through.” – Warren W. Wiersbe

55. “I could not have made it this far had there not been angels along the way.” – Della Reese

56. “When we are touched by something it’s as if we’re being brushed by an angel’s wings.” – Rita Dove

58. “I think that someone is watching out for me, God, my guardian angel, I’m not sure who that is, but they really work hard.” – Mattie Stepanek

60. “Anyone who seeks to destroy the passions instead of controlling them is trying to play the angel.” – Voltaire

61. “We are never like angels till our passion dies.” – John Denham

62. “The man form is higher than the angel form; of all forms it is the highest. Man is the highest being in creation, because he aspires to freedom.” – Paramahansa Yogananda

63. “I like all the angels around because they protect me and my daughter. I mean, her Dad’s an angel.” – Courtney Love

64. “Scripture states that God gives his angels charge over us, and the angels of little children stand before the presence of God.” – Gerald Flurry

65. “I viewed my fellow man not as a fallen angel, but as a risen ape.” – Desmond Morris

66. “I am not an angel and do not pretend to be. That is not one of my roles. But I am not the devil either. I am a woman and a serious artist, and I would like so to be judged.” – Maria Callas

68. “My mom’s an angel, bless her heart, for everything I put her through.” – Brantley Gilbert

69. “I never said I was an angel. Nor am I innocent or holy like the Virgin Mary. What I am is natural and serious and as sensitive as an open nerve on an ice cube.” – Sister Souljah