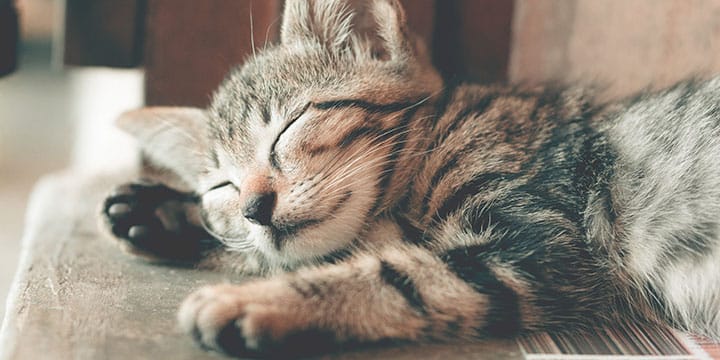 Looking for the best cat quotes? You’ve come to the right place. We’ve compiled a list of top 100 popular quotes.

2. “Women and cats will do as they please, and men and dogs should relax and get used to the idea.” – Robert A. Heinlein

3. “There are two means of refuge from the miseries of life: music and cats.” – Albert Schweitzer

4. “Just watching my cats can make me happy.” – Paula Cole

5. “In ancient times cats were worshipped as gods; they have not forgotten this.” – Terry Pratchett

6. “The way to get on with a cat is to treat it as an equal – or even better, as the superior it knows itself to be.” – Elizabeth Peters

7. “Dogs own space and cats own time.” – Nicola Griffith

9. “I realized that cats make a perfect audience, they don’t laugh at you, they never contradict you, there’s no need to impress them, and they won’t divulge your secrets.” – Elle Newmark

10. “Anyone who believes what a cat tells him deserves all he gets.” – Neil Gaiman

12. “I have studied many philosophers and many cats. The wisdom of cats is infinitely superior.” – Hippolyte Taine

13. “What greater gift than the love of a cat.” – Charles Dickens

14. “There is, incidentally, no way of talking about cats that enables one to come off as a sane person.” – Dan Greenberg

15. “Authors like cats because they are such quiet, lovable, wise creatures, and cats like authors for the same reasons.” – Robertson Davies

16. “Dogs come when they’re called; cats take a message and get back to you later.” – Mary Bly

17. “A kitten is, in the animal world, what a rosebud is in the garden.” – Robert Sowthey

19. “I have found it is surprisingly difficult to remain sad when a cat is doing its level best to sandpaper one’s cheeks.” – R.L. LaFevers

21. “Ignorant people think it is the noise which fighting cats make that is so aggravating, but it ain’t so; it is the sickening grammar that they use.” – Mark Twain

23. “The only thing a cat worries about is what’s happening right now. As we tell the kittens, you can only wash one paw at a time.” – Lloyd Alexander

24. “It always gives me a shiver when I see a cat seeing what I can’t see.” – Eleanor Farjeon

25. “Are cats strange animals or do they so resemble us that we find them curious as we do monkeys?” – John Steinbeck

26. “Cats randomly refuse to follow orders to prove they can.” – Ilona Andrews

27. “Cats can work out mathematically the exact place to sit that will cause most inconvenience.” – Pam Brown

28. “Human beings are drawn to cats because they are all we are not – self-contained, elegant in everything they do, relaxed, assured, glad of company, yet still possessing secret lives.” – Pam Brown

29. “One reason that cats are happier than people is that they have no newspapers.” – Gwendolyn Brooks

31. “When a cat flatters he is not insincere: you may safely take it for real kindness.” – Walter Savage Landor

33. “I believe cats to be spirits come to earth. A cat, I am sure, could walk on a cloud without coming through.” – Jules Verne

34. “Cats ask plainly for what they want.” – Walter Savage Landor

35. “Cats don’t need to be possessed; they’re evil on their own.” – Peter Kreeft

36. “A cat has absolute emotional honesty: human beings, for one reason or another, may hide their feelings, but a cat does not.” – Ernest Hemingway

38. “Dogs have important jobs, like barking when the doorbell rings, but cats have no function in a house whatsoever.” – W. Bruce Cameron

39. “A cat can be trusted to purr when she is pleased, which is more than can be said for human beings.” – William Ralph Inge

41. “There is, incidently, no way of talking about cats that enables one to come off as a sane person.” – Dan Greenberg

42. “Cats are intended to teach us that not everything in nature has a function.” – Garrison Keillor

43. “Cats will amusingly tolerate humans only until someone comes up with a tin opener that can be operated with a paw.” – Terry Pratchett

44. “I am the Cat who walks by himself, and all places are alike to me.” – Rudyard Kipling

46. “Of all God’s creatures, there is only one that cannot be made slave of the lash. That one is the cat. If man could be crossed with the cat it would improve the man, but it would deteriorate the cat.” – Mark Twain

49. “Cats do not have to be shown how to have a good time, for they are unfailing ingenious in that respect.” – James Mason

51. “A dog will flatter you but you have to flatter the cat.” – George Mikes

52. “I read that when cats are cuddling and kneading you, and you think it’s cute, they’re really just checking your vitals for weak spots.” – Kandyse McClure

53. “I used to love dogs until I discovered cats.” – Nafisa Joseph

54. “Cats have it all – admiration, an endless sleep, and company only when they want it.” – Rod McKuen

56. “Cats possess so many of the same qualities as some people that it is often hard to tell the people and the cats apart.” – P.J. O’Rourke

57. “Like all pure creatures, cats are practical.” – William S. Burroughs

59. “No matter how much cats fight, there always seem to be plenty of kittens.” – Abraham Lincoln

61. “I can’t have cats around me because they try to steal my energy.” – Roseanne Barr

62. “That’s the great secret of creativity. You treat ideas like cats: you make them follow you.” – Ray Bradbury

64. “If animals could speak, the dog would be a blundering outspoken fellow; but the cat would have the rare grace of never saying a word too much.” – Mark Twain

65. “Having a bunch of cats around is good. If you’re feeling bad, you just look at the cats, you’ll feel better because they know that everything is just as it is. There’s nothing to get excited about. They just know. They’re saviours.” – Charles Bukowski

66. “One day I was counting the cats and I absent-mindedly counted myself.” – Bobbie Ann Mason

67. “Those who’ll play with cats must expect to be scratched.” – Miguel de Cervantes

68. “As anyone who has ever been around a cat for any length of time well knows, cats have enormous patience with the limitations of the human kind.” – Cleveland Amory

69. “I’m not sure why I like cats so much. I mean, they’re really cute obviously. They are both wild and domestic at the same time.” – Michael Showalter

71. “How we behave toward cats here below determines our status in heaven.” – Robert A. Heinlein

72. “I like cats a lot. I’ve always liked cats. They’re great company. When they eat, they always leave a little bit at the bottom of the bowl. A dog will polish the bowl, but a cat always leaves a little bit. It’s like an offering.” – Christopher Walken

74. “Cats know how to obtain food without labor, shelter without confinement, and love without penalties.” – W. L. George

75. “I love cats because I enjoy my home; and little by little, they become its visible soul.” – Jean Cocteau

76. “To be honest, the reason I have my cats is to force myself to think about something other than myself.” – Marie Helvin

77. “We have three cats. It’s like having children, but there is no tuition involved.” – Ron Reagan

78. “People want to marry me for companionship. No thanks! I’ve got my cats for that!” – Ruth Rendell

79. “Cats and I have an understanding, but we choose not to interact often.” – Aaron Tveit

80. “I’ve found that the way a person feels about cats-and the way they feel about him or her in return-is usually an excellent gauge by which to measure a person’s character.” – P.C. Cast

81. “Cats were not, in her experience, an animal with much soul. Prosaic, practical little creatures as a general rule. It would suit her very well to be thought catlike.” – Gail Carriger

83. “A person that started in to carry a cat home by the tail was getting knowledge that was always going to be useful to him, and warn’t ever going to grow dim or doubtful.” – Mark Twain

84. “Cats are inquisitive, but hate to admit it.” – Mason Cooley

85. “I love them, they are so nice and selfish. Dogs are TOO good and unselfish. They make me feel uncomfortable. But cats are gloriously human.” – L.M. Montgomery

87. “After all, a woman who doesn’t love cats is never going to be make a man happy.” – Orhan Pamuk

89. “The problem with cats is that they get the exact same look on their face whether they see a moth or an axe-murderer.” – Paula Poundstone

90. “I have lived with several Zen masters – all of them cats.” – Eckhart Tolle

91. “Cats are very independent animals. They’re very sexy, if you want. Dogs are different. They’re familiar. They’re obedient. You call a cat, you go, ‘Cat, come here.’ He doesn’t come to you unless you have something in your hand that he thinks might be food. They’re very free animals, and I like that.” – Antonio Banderas

92. “A happy arrangement: many people prefer cats to other people, and many cats prefer people to other cats.” – Mason Cooley

93. “I’m a cat whisperer. When I go to people’s houses, their cats always like me better than the owners.” – Cory Monteith

94. “My relationships with my cats has saved me from a deadly, pervasive ignorance.” – William S. Burroughs

96. “Cats seem to go on the principle that it never does any harm to ask for what you want.” – Joseph Wood Krutch

97. “It is impossible for a lover of cats to banish these alert, gentle, and discriminating friends, who give us just enough of their regard and complaisance to make us hunger for more.” – Agnes Repplier

99. “The cat does not offer services. The cat offers itself. Of course he wants care and shelter. You don’t buy love for nothing.” – William S. Burroughs

100. “I am what I am. I would tell you what you want to know if I could, for you have been kind to me. But I am a cat, and no cat anywhere ever gave anyone a straight answer.” – Peter S. Beagle