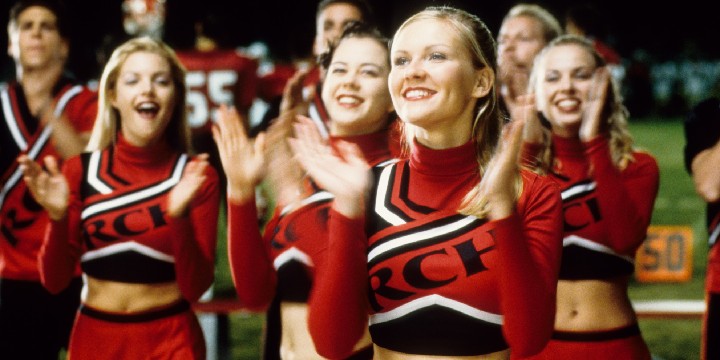 These Bring It On quotes will help you realize how vital understanding, trust, and loyalty are in a team!

Bring It On is the first installment of a series of cheerleading movies that shaped an entire generation. It revolves around two cheering squads, the Toros and the Clovers, who compete in the national championship.

However, Torrance, the captain of the Toros, learns that the Clovers stole the moves they had already mastered.

Her discovery led to many troubles, fights, and the struggle to expose the truth. It also brought about feelings of competitiveness and pride, pushing the Toros to excel. But, in the end, Bring It On reminds us that trust and loyalty are among the most critical things in a team.

After all, it’s not just about competition or receiving awards. It’s also about building a team that can withstand whatever challenge.

So, to help you get a better understanding of the movie and its characters, check out the list below!

And make sure to read these The Outsiders quotes and Heathers quotes.

Best Bring It On Quotes

1. “You are all great athletes, thanks in large part—to me.” – Big Red

2. Torrance Shipman: “Courtney, this is not a democracy, it’s a cheerocracy. I’m sorry, but I’m overruling you.”

Courtney: “You are being a cheer-tator Torrance and a pain in my ass!”

3. Missy Pantone: “You ripped off those cheers!”

Torrance Shipman: “Excuse me, Missy, our cheers are 100% original. Count the trophies!”

Missy Pantone: “Well, your trophies are bullshit, and you’re a sad-ass liar.”

Torrance Shipman: “All right, that’s it! Get out of the car, I’m gonna kick your ass!”

4. Isis: “You wanna make it right? Then when you go to nationals—bring it. Don’t slack off because you feel sorry for us. That way, when we beat you, we’ll know it’s because we’re better.”

5. “I hate to be predictable, but I don’t give a shit! We learned that routine is fair and square. We logged the man-hours. Don’t punish the squad for Big Red’s mistake. This isn’t about cheating. This is about winning. Everyone in favor of winning?” – Courtney

6. “Our next defeat is scheduled for next Friday, eight o’clock.” – Football Announcer

7. “Ever since I handed the reins over to you, you’ve run my squad into the ground. If I made any mistakes at being a team leader, it wasn’t borrowing cheers, it was announcing you as my successor.” – Big Red

Torrance Shipman: “I define being the best as competing against the best there is out there and beating them. They have to go.”

9. “I am a choreographer. That’s what I do. You are a cheerleader. Cheerleaders are dancers who have gone retarded. What you do is a tiny, pathetic subset of dancing. I will attempt to turn your robotic routines into poetry, written with the human body. Follow me, or perish, sweater monkeys.” – Sparky Polastri

10. Torrance Shipman: “Do you know what this means? My entire cheerleading career has been a lie.”

Missy Pantone: “Well, look on the bright side—it’s only cheerleading!”

Torrance Shipman: “I am only cheerleading.”

Bring It On Quotes That Will Pique Your Interest

11. “We’d be doing them a favor. Then they could feel good about sending Raggedy Ann up here to jack us for our cheers.” – Isis

13. “I transferred from Los Angeles, your school has no gymnastics team, this is a last resort!” – Missy Pantone

14. “Brr, it’s cold in here, I said there must be some Toros in the atmosphere. I know you didn’t think a white girl made that shit up.” – Isis

16. “I guess that’s it. You were too busy to believe in me. Oh no, wait. You weren’t too busy to sell me out to Courtney and Whitney, were you? Well, I hope You’re not too busy to hear this. You’re a great cheerleader Aaron, it’s just that maybe you’re just not ‘boyfriend’ material. Buh bye.” – Torrance Shipman

17. “Were the ethnic festivities to your liking today?” – Lava

18. “Okay, so I’ve never cheered before. So what? How about something that actually requires neurons?” – Missy Pantone

21. “Every time we get some here, y’all come trying to steal it, putting this blond hair on it and calling it something different.” – Isis

Sparky Polastri: “Because in cheerleading we throw people into the air.”

Isis: “Yeah. Because unlike them, we have class.”

Torrance Shipman: “I swear I had no idea.”

Jenelope: “Huh! You been touched by an angel, girl!”

More Bring It On Quotes for You Think About

Torrance Shipman: “No, thank God. We have a real situation on our hands. I mean, we were humiliated on our own turf.”

Missy Pantone: “We might have to have a rumble.”

Torrance Shipman: “This is a serious problem!”

Missy Pantone: “Oh, so is your breath.”

29. Les: “You know, people are saying that your ambition broke Carver’s leg.”

Torrance Shipman: “When really it was the angle at which she slammed into the ground.”

30. “Please stop teaching her these big words before she chokes on one.” – Lafred

What Do You Think Is the Most Important Value in a Team?

Being in a team means everyone works together to achieve a common goal. It’s hard to succeed and reach the top. But, when you belong in a group, you feel more confident in reaching your dreams because you’re supported by others who want you to excel.

Our teammates are like our own little family. In it, we form strong and unbreakable bonds, like the ones the characters built in the movie.

In Bring It On, the competition was always present left and right, and you could easily succumb to the pressure. But, since everyone belonged to a team, they were able to survive, thrive, and even win!

Aside from that, it’s also essential to have a good leader. After all, who would lead your team to greatness if you didn’t have someone to guide you? Every team should have a leader who can motivate each member to perform their best, like Torrance Shipman.

With that, we hope these quotes were able to provide you with a helpful lesson or two. Remember, facing challenges is easier if you’re part of a team. So, treasure your friends and teammates!