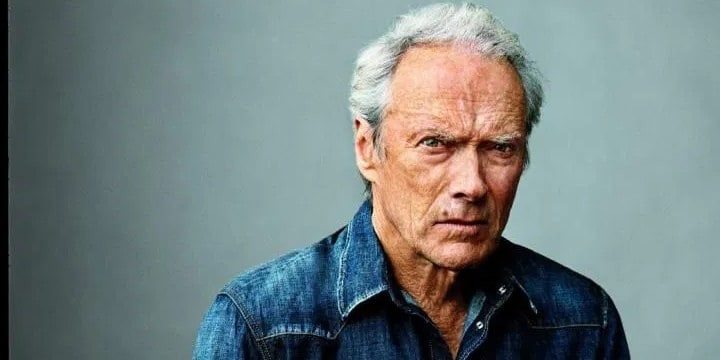 This list of the ultimate Clint Eastwood quotes will inspire you to be the star of your own narrative and motivate you to live life the way you want to live it.

Clint Eastwood emerged as a Hollywood icon in the 1960s and 70s, and went on to become a director, producer, and even a politician.

As someone born during the Great Depression, Eastwood knew what it was like to live on the edge of difficulties and challenges.

Because of this, he knew that he should pursue the kind of life he wanted—not letting any challenge get in his way.

Learn more about his life through the quotes listed below.

And don’t forget to check out these Sean Connery quotes and John Wayne quotes.

1. “It takes tremendous discipline to control the influence—the power you have over other people’s lives.”

4. “I keep working because I learn something new all the time.”

5. “There has to be something in every role that interests you.”

6. “Actors know, with me, they aren’t going to be allowed to rehearse a scene for a couple of hours and then get away with doing 25 takes before we get it right. So they come with their full bag of tricks.”

7. “Society has made us believe you should look like an 18-year-old model all your life.”

9. “We boil at different degrees.”

11. “You always want to quit while you’re ahead. You don’t want to be like a fighter who stays too long in the ring until you’re not performing at your best.”

12. “Fate pulls you in different directions.”

13. “I like working. That’s when I’m feeling my best. And the people around me know that. My wife knows that.”

17. “If a person doesn’t change, there’s something really wrong with him.”

18. “I don’t believe in pessimism. If something doesn’t come up the way you want, forge ahead. If you think it’s going to rain, it will.”

19. “God gave you a brain. Do the best you can with it. And you don’t have to be Einstein, but Einstein was mentally tough. He believed what he believed, and he worked out things, and he argued with people who disagreed with him. But I’m sure he didn’t call everybody jerks.”

20. “I’m a movie maker, but I have the same feelings as the average guy out there.”

23. “I always liked characters that were more grounded in reality.”

25. “I probably would have retired years ago if I hadn’t found interesting things to do.”

26. “It’s always appealing to play a character that has to overcome himself as well as an obstacle. It makes the drama so much deeper.”

27. “There’s no real excuse for being successful enough as an actor to do what you want and then selling out.”

30. “Every movie I make teaches me something. That’s why I keep making them.”

31. “I just make the pictures and where they fall is where they fall. If somebody likes them, that’s always nice. And if they don’t like them, then too bad.”

32. “I think kids are natural actors. You watch most kids; if they don’t have a toy, they’ll pick up a stick and make a toy out of it. Kids will daydream all the time.”

33. “You have to steal a lot. You have to have a criminal mentality to be a film director.”

34. “Everybody accuses me of moving fast when I direct a picture. I don’t move fast, but I just keep moving.”

35. “I’ve taken advantage of a few breaks that came along and moved along with them.”

37. “There’s a rebel lying deep in my soul. Anytime anybody tells me the trend is such and such, I go the opposite direction. I hate the idea of trends. I hate imitation; I have a reverence for individuality.”

40. “I’ve always felt that if I examine myself too much, I’ll find out what I know and don’t know, and I’ll burst the bubble. I’ve gotten so lucky relying on my animal instincts, I’d rather keep a little bit of the animal alive.”

41. “My whole life has been one big improvisation.”

42. “As you get older, you’re not afraid of doubt. Doubt isn’t running the show. You take out all the self-agonizing.”

45. “I’m interested in the fact that the less secure a man is, the more likely he is to have extreme prejudice.”

47. “You have to feel confident. If you don’t, then you’re going to be hesitant and defensive, and there’ll be a lot of things working against you.”

48. “I’ve always been very liberal when it comes to people thinking for themselves.”

52. “The guys who won World War II and that whole generation have disappeared, and now we have a bunch of teenage twits.”

53. “There’s only one way to have a happy marriage and as soon as I learn what it is, I’ll get married again.”

56. “If I was not a dreamer, I would have achieved nothing.”

58. “I just think it is important that you realize that you’re the best in the world. Whether you are a Democrat or Republican, or whether you’re libertarian or whatever, you are the best. And we should not ever forget that. And when somebody does not do the job, we have to let them go.”

Clint Eastwood Quotes from His Famous Movies and Works

60. “What’s it like to kill a man? Well, it’s g*dd*mn awful, that’s what it is. The only thing worse is getting a medal for killing some poor kid, some scared little gook just like you. Not a day goes by that I don’t think about it.”

61. “They say marriages are made in Heaven. But so is thunder and lightning.”

62. “Aren’t you gonna threaten me or something?”

64. “I’m coming out. Any man I see out there, I’m gonna shoot him. Any b*tch takes a shot at me, I’m not only gonna kill him, but I’m gonna kill his wife, all his friends, and burn his damn house down.”

65. “These fruitcake little ones, with the g*dd*mn pinky sh*t! Nobody eats that sh*t!”

66. “I don’t think it’s nice, you, laughing. You see, my mule doesn’t like people laughing. He gets the crazy idea you’re laughing at him. Now if you apologize, like I know you’re going to, I might convince him that you really didn’t mean it.”

71. “There’s always the possibility that some *ssh*l* will be offended. Isn’t there?”

74. “Sergeant, you get that contraband stokey out of my face, or I’ll shove it up your *ss so far you’ll have to set fire to your nose to light it.”

76. “I thought it was more important to be somebody out there than the damn failure I was here at my own home.”

77. “Are you sure you’re Mexican? You’re acting like you’re under The Fuhrer or something.”

83. “Sweetheart, if there’s any justice on this planet, they’ll never make you give back that red dress.”

84. “Well, maybe I vowed to never again let my career come between me and a woman.”

85. “You know what the worst day of my life was? The day Neil Armstrong set foot on the moon. I was probably the only person in America who wanted to commit suicide that day.”

87. “The old dreams were good dreams, they didn’t work out, but glad I had them.”

88. “I’ll make life takers and heartbreakers out of them, sir.”

90. “Okay, you did two things wrong. First, you asked a question, and second, you asked another question.”

92. “With all due respect, sir, you’re beginning to bore the hell out of me.”

96. “What are you pointing the gun at the suitcase for? It’s dead already.”

97. “I’ve killed everything that walks or crawls at one time or another. And I’m here to kill you, Little Bill, for what you did to Ned.”

98. “I have strong feelings about gun control. If there’s a gun around, I want to be controlling it.”

99. “In this world, there’s two kinds of people, my friend. The ones with loaded guns and the ones who dig. You dig.”

104. “Ever notice how you come across somebody once in a while you shouldn’t have messed with? That’s me.”

107. “I like the libertarian view, which is to leave everyone alone. Even as a kid, I was annoyed by people who wanted to tell everyone how to live.”

108. “These people who are making a big deal out of gay marriage, they go on and on with all this b*llsh*t about ‘sanctity.’ Don’t give me that sanctity crap! Just give everybody the chance to have the life they want.”

110. “If you ever go to a music session, you’ll notice that the musicians can sit down and start playing right away, and everyone knows what to do. Of course they’re reading it, but the conductor can tweak little things, and you can take that back to directing motion pictures.”

111. “Some people feel that the world owes them a living.”

112. “There’s plain few problems that can’t be solved with a little sweat and hard work.”

113. “You can’t stop everything from happening, but we’ve gotten to a point where we’re certainly trying. If a car doesn’t have four hundred airbags in it, then it’s no good.”

115. “Nobody looks like they did when they were 20, so why not take advantage of the fact that you’re changing—emotionally as well as physically?”

116. “Sometimes, if you want to see a change for the better, you have to take things into your own hands.”

118. “I don’t believe in pessimism. If something doesn’t come up the way you want, forge ahead. If you think it’s going to rain, it will.”

123. “Self-respect leads to self-discipline. When you have both firmly under your belt, that’s real power.”

124. “We are like boxers, one never knows how much longer one has.”

126. “Whether you like it or not, you’re forced to come to the realization that death is out there. But I don’t fear death, I’m a fatalist.”

129. “Man becomes his most creative during war.”

What Kind of Mindset Did These Clint Eastwood Quotes Give You?

When one hears his name, people automatically look back to his days of acting—an image of the old west, the bright and blazing sun, and the dusty surroundings while a tumbleweed rolls on by. Starting his career, the themes of his movies may have been similar, but there’s still a bunch of life lessons ingrained in each and every character he played. One of the most impactful ones may be the fact that he never let anyone else define his future, his values, and his standards. No matter whether he’s acting, directing, producing, or governing, the fact of the matter is that Clint Eastwood always followed his own rules. He said, ‘What you put into life is what you get out of it,’ and he certainly stood by his words. This is something we have to remember in our own lives too—it’s our effort, our drive, and our values that keep us on the track towards achieving our goals and leading a fulfilled, happy life.

Which Clint Eastwood quote made an impact on the way you perceive things? Which are your favorites? If you’d like us to make a collection on your other favorite Hollywood icons, be sure to let us know in the comments section below.