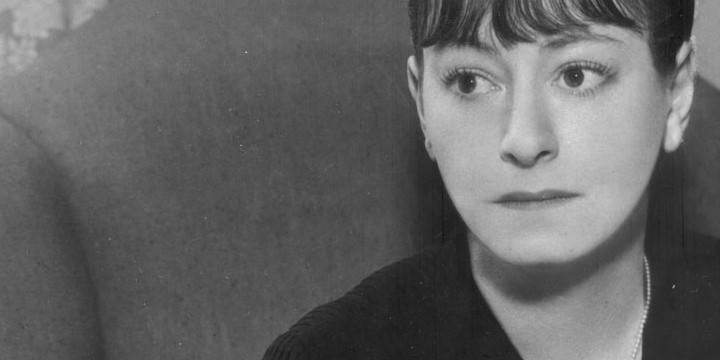 These Dorothy Parker quotes are filled with amazingly witty and humorous lines that are not only entertaining, but also pack powerful messages that continue to inspire millions of people today.

So, if what you need is a little pick-me-up or some words of wisdom to get you going, then this is the right list for you.

Continue to the collection below.

And make sure to read these Isaac Asimov quotes and Corrie ten Boom quotes.

1. “Brevity is the soul of lingerie.”

2. “I don’t know much about being a millionaire, but I’ll bet I’d be darling at it.”

3. “I require three things in a man—he must be handsome, ruthless, and stupid.”

4. “Beauty is only skin deep, but ugly goes clean to the bone.”

5. “That woman speaks eighteen languages, and can’t say ‘no’ in any of them.”

6. “Tell him I was too fucking busy—or vice versa.”

8. “She was pleased to have him come and never sorry to see him go.”

11. “If you want to know what God thinks of money, just look at the people he gave it to.”

14. “That would be a good thing for them to cut on my tombstone—wherever she went, including here, it was against her better judgment.”

15. “Constant use had not ragged the fabric of their friendship.”

16. “The first thing I do in the morning is brush my teeth and sharpen my tongue.”

17. “You can lead a horticulture, but you can’t make her think.”

19. “This wasn’t just plain terrible, this was fancy terrible. This was terrible with raisins in it.”

20. “If you have any young friends who aspire to become writers, the second greatest favor you can do for them is to present them with copies of The Elements of Style. The first greatest, of course, is to shoot them now, while they’re happy.”

24. “I’d like to have money, and I’d like to be a good writer. These two can come together, and I hope they will; but if that’s too adorable, I’d rather have money.”

26. “Three be the things I shall never attain—envy, content, and sufficient champagne.”

27. “I might repeat to myself, slowly and soothingly, a list of quotations beautiful from minds profound; if I can remember any of the damn things.”

28. “I like best to have one book in my hand, and a stack of others on the floor beside me, so as to know the supply of poppy and mandragora will not run out before the small hours.”

29. “There was nothing separate about her days. Like drops on the window-pane, they ran together and trickled away.”

31. “I’m not a writer with a drinking problem, I’m a drinker with a writing problem.”

32. “The two most beautiful words in the English language are ‘cheque enclosed.’”

33. “Every year, back comes Spring, with nasty little birds yapping their fool heads off and the ground all mucked up with plants.”

34. “Of course I talk to myself. I like a good speaker, and I appreciate an intelligent audience.”

35. “Writing is the art of applying the ass to the seat.”

36. “Her mind lives tidily, apart from cold and noise and pain. And bolts the door against her heart, out wailing in the rain.”

37. “I know this will come as a shock to you, Mr. Goldwyn, but in all history, which has held billions and billions of human beings, not a single one ever had a happy ending.”

39. “There’s life for you. Spend the best years of your life studying penmanship, and rhetoric, and syntax, and Beowulf, and George Eliot, and then somebody steals your pencil.”

40. “Misfortune—and recited misfortune especially—can be prolonged to the point where it ceases to excite pity and arouses only irritation.”

41. “And there was that poor sucker, Flaubert, rolling around on his floor for three days looking for the right word.”

42. “Authors, and actors, and artists, and such never know nothing, and never know much.”

43. “The only ‘ism’ Hollywood believes in is plagiarism.”

45. “Salary is no object. I want only enough to keep body and soul apart.”

51. “It serves me right for putting all my eggs in one bastard.”

52. “I wish I could make him cry, and tread the floor, and feel his heart heavy, and big, and festering in him. I wish I could hurt him like hell.”

53. “I don’t think he even knows how he makes me feel. I wish he could know, without my telling him.”

55. “I had been fed, in my youth, a lot of old wives’ tales about the way men would instantly forsake a beautiful woman to flock around a brilliant one. It is but fair to say that, after getting out in the world, I had never seen this happen.”

57. “Love is like quicksilver in the hand. Leave the fingers open and it stays. Clutch it and it darts away.”

61. “His voice was as intimate as the rustle of sheets.”

62. “If all the girls attending were laid end to end, I wouldn’t be at all surprised.”

65. “Where’s the man that could ease a heart like a satin gown?”

67. “Her big heart did not, as is so sadly often the case, inhabit a big bosom.”

70. “It turns out that, at social gatherings, as a source of entertainment, conviviality, and good fun, I rank somewhere between a sprig of parsley and a single ice-skate.”

71. “Oh, seek, my love, your newer way, I’ll not be left in sorrow. So long as I have yesterday, go take your damned tomorrow!”

73. “The sweeter the apple, the blacker the core. Scratch a lover and find a foe.”

75. “Once, when I was young and true, someone left me sad—broke my brittle heart in two; and that is very bad.”

78. “Ah, clear they see and true they say—that one shall weep, and one shall stray.”

79. “If you looked for things to make you feel hurt, and wretched, and unnecessary, you were certain to find them, more easily each time, so easily, soon, that you did not even realize you had gone out searching.”

80. “If you wear a short enough skirt, the party will come to you.”

81. “Wit has truth in it; wise-cracking is simply calisthenics with words.”

82. “The best way to keep children at home is to make the home atmosphere pleasant, and let the air out of the tires.”

84. “Ducking for apples—change one letter and it’s the story of my life.”

85. “There’s a hell of a distance between wise-cracking and wit.”

87. “I’d rather have a bottle in front of me than a frontal lobotomy.”

90. “Yet, as only New Yorkers know, if you can get through the twilight, you’ll live through the night.”

92. “London is satisfied, Paris is resigned, but New York is always hopeful. Always, it believes that something good is about to come off, and it must hurry to meet it.”

93. “Sometimes, I think I’ll give up trying, and just go completely Russian and sit on a stove and moan all day.”

94. “Never be serious, nor true, and your wish will come to you. And if that makes you happy, kid, you’ll be the first it ever did.”

96. “All I have to be thankful for in this world is that I was sitting down when my garter busted.”

101. “This is me apologizing. I am a fool, a bird-brain, a liar, and a horse-thief. I wouldn’t touch a superlative again with an umbrella.”

105. “I’m quite alright. I’m not even scared. You see, I’ve learned from looking around, there is something worse than loneliness, and that’s the fear of it.”

106. “I find her anecdotes more efficacious than sheep-counting, rain on a tin roof, or alanol tablets. You will find me and Morpheus, off in a corner, necking.”

107. “For a few minutes, everything is so cute that the mind reels. And then, believe it or not, things get worse. So I shot myself.”

109. “Bewildered is the fox who lives to find that grapes beyond reach can be really sour.”

110. “The cure to boredom is curiosity. There is no cure for curiosity.”

How About You? What Drives You to Move Forward in Life?

Dorothy Parker is an Oscar-nominated playwright, writer, critic, and poet who had a darkly humorous and witty writing style. And though early in her writing career, she mainly tackled personal topics like failed romances and ideas of self-harm, she slowly became more aware of her surroundings and later on wrote with a political slant. She was a writer who used humor and entertainment to bring to light human nature and civil liberties. These later on became the reasons why her works became controversial and criticized, but she soldiered on and continued to be the voice of the things she believed in and wished to fight for.

What do you think about Dorothy Parker and her writing style? Did you know about her even before you read this collection? Tell us what you think about this legendary writer through the comments section below.