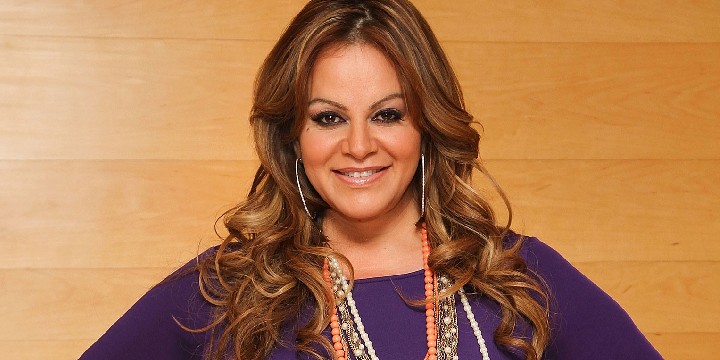 Enjoy these Jenni Rivera quotes that will introduce insightful lessons and a new musical genre from the famous Mexican diva.

Jenni Rivera was a singer and actress best known for her work in Regional Mexican music. She persevered despite many rejections and failures until she finally found success.

Her experiences served as a solid foundation for her to become one of the most influential artists in the world. Read our collection below to get to know her better.

And don’t forget to check out these Nina Simone quotes and Ariana Grande quotes.

1. “I can’t get caught up in the negative because that destroys you.”

3. “Thank you for accepting me as I am, with my virtues and defects.”

4. “Whatever you do, Mija, do your best. Be different from everyone. Stand out.”

5. “It doesn’t bother me at all that some people think I am too outspoken.”

6. “Perhaps trying to move away from my problems and focus on the positive is the best I can do.”

9. “I vowed that I would never tell anyone of my shame. They say that when you kept a secret, it eats you up inside, but I felt it was better that way.”

11. “Whenever I took a step forward, it seemed as though life was pushing me five steps back.”

12. “I’m just being myself. To me, that people are interested in Jenni, not necessarily the artist, but the woman—it amazes me still.”

14. “When somebody else’s happiness makes you happy, it means you are a person with a big heart.”

15. “No one else has ever opened doors for me. I opened them myself.”

17. “When I started getting so many haters and closed doors, I decided to prove that it could be done.”

19. “If I had the opportunity to speak to a young immigrant girl that just arrived to the U.S. the advice I would have for her would be: ask, speak, search; because there are opportunities out there.”

20. “I wasn’t going out easy. I was the gangsta b*tch from Long Beach. The Rivera Rebel who never lost a fight.”

22. “I had no choice but to work hard. I was a straight-A student, went to college, and I loved business.”

24. “My mother never let on that anything was wrong. She kept her chin up and acted as if everything were just fine. So, we did too.”

25. “I realized going back and writing and explaining in detail the difficulties I had lived actually became emotional again.”

Jenni Rivera Quotes on Being Strong

28. “In my family, they always called me ‘unbreakable,’ and I never wanted to shatter this image of myself.”

29. “I was not a girl who picked fights. I was a nerd, a straight-A student. I usually got along with everyone, but if a boy touched my butt, it was on.”

32. “I would turn right around and sock him in the mouth and then get him down on the ground and start punching.”

33. “Mexican music runs through my veins. I loved it. Growing up, my father didn’t allow us to listen to English music at home. That’s all I heard. I had no choice.”

34. “I’m really in touch with my fans. Through their emails, letters, and stories are how I decide what music I’m going to perform.”

35. “A lot of women had to do sexual favors to get played on the radio. F*ck that. I wouldn’t do it. I wanted to make it based on my talent or not at all.”

36. “I made a living out of singing Mexican music.”

40. “If I’m not going through it or I haven’t gone through it, I want to make sure it touches someone. That’s what I base my music on.”

41. “The people in the industry tried to make me change. If you want to make it in this genre, they said, you have to do this or that.”

42. “My inspiration is always what I think my fans want to listen to. I often write about social problems.”

43. “I want to be the Mexican-American Oprah Winfrey. That’s a small goal, isn’t it? That’s something that I want. And of course not just to host, I want to own it! So, that’s in my future.”

44. “I was a divorced single mother of 3 at the time and a size 12—not your typical model artist that labels feel work for the music industry.”

45. “That night I couldn’t sleep. I sat there in the darkness, all alone, shattered inside. I didn’t feel like the same Jenni anymore. Ever since I was a little girl, I was a fighter.”

46. “We never told on each other. That was an unspoken rule.”

47. “But, my will had been taken away. I was no longer the tough, brave, invincible girl my father and brothers had raised. I had lost my first fight.”

48. “My soul had been shattered, but to the outside world I did just as I had been taught since I was a little girl; I kept my head up and continued forward. It is, after all, the Rivera way.”

49. “Usually, when a young girl is pregnant, she drops out of school and concentrates on being a mother.”

50. “And, know that you aren’t the only immigrant or the last to come to this country.”

51. “Behind every successful female is a sh*t load of haters that spend too much time thinking about her.”

52. “Maybe I’m not superwoman, maybe I’m not a wonder woman, but I am unbreakable. They’re not going to break me.”

53. “It’s like therapy but sometimes therapy can be painful. But, it’s part of life and part of the autobiography so I’ll have to finish it sooner or later.”

54. “It’s just like heaven, being here with you. You’re like an angel, too good to be true but after all, I love you.”

55. “I’ve always thought that was such a beautiful lesson and I’ve carried it with me throughout my life.”

56. “I thought that’s what I had to do, but my counselors told me there was no way they would let me drop out. I had too much promise.”

58. “Many that have come before you have succeeded. It is possible.”

59. “On the outside, I kept my head up and maintained my tough girl image. However, inside I was dying.”

How Did Jenni Rivera Influence How You Think?

Jenni was regarded as one of the best-selling regional Mexican artists of all time. Aside from music, she was involved in her community and volunteered for civic causes.

Jenni Rivera was a woman who knew how to pursue her dreams and aspirations. She instilled in us the value of perseverance to seek out the silver linings in our lives.

Did these quotes inspire you? Have you ever listened to her music before? Share your thoughts below!