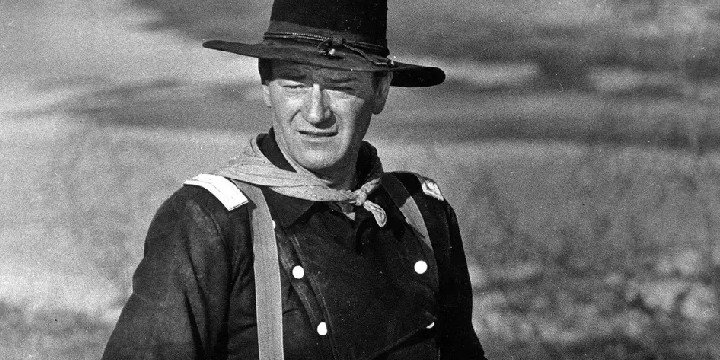 Be inspired to stand by great virtues and values by reading through these John Wayne quotes.

John Wayne was an admirable man throughout his career as an actor and filmmaker. He believed that men should live up to what they’re expected to be and that they should follow a code—a creed—that makes them men.

Get to know more about John Wayne and what made him have this outlook in life through our list below. Maybe you’ll also be able to pick up a lesson or two you can apply to improve on the values you currently have.

And make sure to check out these Sean Connery quotes and Clint Eastwood quotes.

2. “Courage is being scared to death and saddling up anyway.”

3. “When the road looks rough ahead, remember the ‘man upstairs’ and the word hope. Hang onto both and ‘tough it out.’”

5. “Life is getting up one more time than you’ve been knocked down.”

6. “Tomorrow is the most important thing in life. Comes into us at midnight very clean. It’s perfect when it arrives and it puts itself in our hands. It hopes we’ve learned something from yesterday.”

7. “True grit is making a decision and standing by it, doing what must be done.”

8. “All battles are fought by scared men who’d rather be some place else.”

9. “We are few, but we are still proud, for if a man loses pride in manhood he is nothing.”

10. “Never apologize and never explain—it’s a sign of weakness.”

11. “Men forget everything; women remember everything.”

16. “Don’t pick a fight, but if you find yourself in one, I suggest you make damn sure you win.”

17. “I’d like to know why well-educated idiots keep apologizing for lazy and complaining people who think the world owes them a living.”

John Wayne Quotes on the Virtues of Being a Man

23. “I define manhood simply: men should be tough, fair, and courageous, never petty, never looking for a fight, but never backing down from one either.”

24. “He must learn that a man’s word to anything, even his own destruction, is his honor.”

25. “I suppose my best attribute if you want to call it that, is sincerity. I can sell sincerity because that’s the way I am.”

28. “You can take everything a man has as long as you leave him his dignity.”

31. “I’m responsible only for what I say, not what you understand.”

33. “‘Cause even grown men need understanding.”

34. “It takes a good fire to burn down the weeds to let the flowers grow.”

35. “The bigger the man, the deeper the imprint. And when he’s in love, he suffers knowing it’s a dead end.”

36 . “Nobody should come to the movies unless he believes in heroes.”

39. “A lot of guys make mistakes, I guess, but every one we make, a whole stack of chips goes with it. We make a mistake, and some guy don’t walk away, forevermore, he doesn’t walk away.”

John Wayne Quotes About His Career and Faith

40. “Real art is basic emotion. If a scene is handled with simplicity and I don’t mean simple. It’ll be good, and the public will know it.”

42. “In my acting, I have to identify with something in the character. The big tough boy on the side of right—that’s me.”

43. “Nothing is so discouraging to an actor than to have to work for long hours upon hours in brightly lighted interior sets.”

46. “My main object in making a motion picture is entertainment. If at the same time I can strike a blow for liberty, then I’ll stick one in.”

47. “I’m very conscious that people criticize Hollywood. Yet we’ve created a form, the western, that can be understood in every country.”

48. “You can’t whine and bellyache because somebody else got a good break and you didn’t.”

49. “There must be some higher power or how else does all this stuff work?”

50. “I do think we have a pretty wonderful country, and I thank God that He chose me to live here.”

51. “I’ve always had deep faith that there is a supreme Being, there has to be.”

John Wayne Quotes to Teach You Some Great Life Lessons

52. “There’s right and there’s wrong. Y’gotta do one or the other, do the other and you may be walking around, but you’re dead as a beaver hat.”

53. “You don’t have to fight to be brave. Millions of good, fine, decent folks show more bravery than heavyweight champs just by getting out of bed every morning, going out to do a good day’s work, and living the best life they know how against the law of odds.”

54. “I’m not the sort to back away from a fight. I don’t believe in shrinking from anything. It’s not my speed; I’m a guy who meets adversities head-on.”

55. “When you come against trouble, it’s never half as bad if you face up to it.”

56. “I’ve always followed my father’s advice. He told me, first to always keep my word and, second, to never insult anybody unintentionally. If I insult you, you can be goddamn sure I intend to. And, third, he told me not to go around looking for trouble.”

57. “A goal, a love, and a dream give you total control over your body and your life.”

58. “I have tried to live my life so that my family would love me and my friends respect me. The others can do whatever the hell they please.”

60. “The reason there are so many stupid people is because it’s illegal to kill them.”

62. “I would like to be remembered, well, ‘Feo, fuerte y formal,’ which means he was ugly, strong, and had dignity.”

65. “I decided I was going to drag the bad guy to his feet and keep hitting him.”

66. “Those who like me already know me, and those who don’t like me wouldn’t want to read about me anyway.”

68. “Going to church doesn’t make you a good person any more than standing in a garage makes you a car.”

69. “A friend of mine told me to shoot first and ask questions later. I was going to ask him why, but I had to shoot him.”

72. “Don’t ever for a minute make the mistake of looking down your nose at westerns.”

John Wayne Quotes on His Stand on Politics and His Country

74. “Very few of the so-called liberals are open-minded. They shout you down and won’t let you speak if you disagree with them.”

75. “My hope and prayer is that everyone knows and loves our country for what she really is and what she stands for.”

76. “Sure I wave the American flag. Do you know a better flag to wave? Sure I love my country with all her faults. I’m not ashamed of that, never have been, never will be.”

77. “America is the land of freedom and that’s the way I enjoy living.”

78. “I have found a certain type calls himself a liberal. Now I always thought I was a liberal. I came up terribly surprised one time when I found out that I was a Right-Wing Conservative Extremist when I listened to everybody’s point of view that I ever met, and then decided how I should feel. But this so-called new liberal group, Jesus, they never listen to your point of view.”

79. “Communism is quite obviously still a threat. Yes, they are human beings, with a right to their point of view.”

80. “I am an old-fashioned, honest to goodness, flag-waving patriot.”

81. “Government has no wealth, and when a politician promises to give you something for nothing, he must first confiscate that wealth from you; either by direct taxes or by the cruelly indirect tax of inflation.”

82. “I believe in White supremacy until the Blacks are educated to a point of responsibility. I don’t believe in giving authority and positions of leadership and judgment to irresponsible people. I don’t feel we did wrong in taking this great country away from the Native Americans. Our so-called stealing of this country from them was just a matter of survival. There were great numbers of people who needed new land, and the Indians were selfishly trying to keep it for themselves.”

83. “Give the American people a good cause, and there’s nothing they can’t lick.”

84. “The hyphenated American is ridiculous. But that’s what we have to put up with. I think that any person that’s in the United States is better off here than they would be where they came from.”

John Wayne Quotes and Lines From His Hit Films

85. “Young fella, if you’re looking for trouble, I’ll accommodate ya.”

90. “Slap some bacon on a biscuit and let’s go! We’re burning daylight!”

91. “Well, I guess you can’t break out of prison and into society in the same week.”

93. “I won’t be wronged, I won’t be insulted, and I won’t be laid a hand on. I don’t do these things to other people, and I require the same from them.”

95. “Every man wants his children to be better’n he was.”

100. “I want to go out in the world again and see the trees and the lakes and the hills and the sky.”

101. “Republic. I like the sound of the word. Some words can give you a feeling that makes your heart warm. Republic is one of those words.”

102. “The fire we brought nothing into this world and it’s certain we can carry nothing out.”

103. “Figure a man’s only good for one oath at a time; I took mine to the Confederate States of America.”

104. “I found out early that most men, regardless of cause or need, aren’t willing. They blink an eye or draw a breath before they pull the trigger. I won’t.”

107. “This kind of war, you’ve gotta believe in what you’re fighting for.”

109. “Friend, you better get another line of work; this one sure don’t fit your pistol.”

Which Virtue of Yours Are You Most Proud Of?

Life is more exciting when we have something we value. In a world where everything seems to have a standard, people acquire values that enable them to move forward with life.

For John Wayne, he expressed that man should live a life worthy of being admired by others. He pointed out that men should stand up for their decisions in life and live by them.

We hope this collection was able to impart valuable lessons that you can use to better yourself. Put in your mind what makes a man outstanding and apply them to your day-to-day life. Always remember that this is one of the few things that will help you fulfill your life’s purpose.

What are your takeaways from these John Wayne quotes? Which quote did you like the most? Share your thoughts below.