Get a sneak peek into Vaudeville and Old Hollywood through this collection of the best Mae West quotes.

Being one of the groundbreaking actresses and writers of her time, Mae West veered away from normal storylines and themes.

Some even believe that the overall messages of her works would be controversial to this day!

So, if you want to learn more about her life and her career, be sure to read the quotes listed below.

And don’t forget to check out these Audrey Hepburn quotes and Marilyn Monroe quotes.

4. “I consider sex a misdemeanor, the more I miss, de meaner I get.”

7. “Women are like roads. The more curves they have, the more dangerous they are.”

9. “Men are like linoleum floors. Lay ’em right and you can walk all over them for years.”

12. “I believe that one day, the world will judge the witch hunt against homosexuals just as harshly as it judges the Spanish Inquisition and the Holocaust.”

14. “Between two evils, I always pick the one I never tried before.”

16. “How tall are you, big boy? Six foot nine inches! Let’s go up to my place and talk about the nine inches!”

18. “Your real security is yourself. You know you can do it, and they can’t ever take that away from you.”

Mae West Quotes on Emotions, the Heart, and Men

20. “Those who are easily shocked should be shocked more often.”

21. “I’ve no time for broads who want to rule the world alone. Without men, who’d do up the zipper on the back of your dress?”

22. “Don’t keep a man guessing too long—he’s sure to find the answer somewhere else.”

24. “All discarded lovers should be given a second chance, but with somebody else.”

25. “Marriage is a great institution, but I’m not ready for an institution.”

26. “Love thy neighbor—and if he happens to be tall, debonair and devastating, it will be that much easier.”

30. “Sex with love is the greatest thing in life. But sex without love—that’s not so bad either.”

34. “I only like two kinds of men—domestic and imported.”

36. “Save a boyfriend for a rainy day, and another, in case it doesn’t rain.”

39. “You may think you’re in love when the passions of sex get hold of you, but if you didn’t love the man before, you won’t love him after. Like him, maybe, but not love him.”

40. “Marriage? I ain’t got time for a husband or child. All my life I’ve looked after myself as if I was my own child.”

44. “I have found men who didn’t know how to kiss. I’ve always found time to teach them.”

46. “A man has one hundred dollars and you leave him with two dollars, that’s subtraction.”

49. “Men are all alike, except the one you’ve met who’s different.”

50. “Everything’s in the mind—that’s where it all starts. Knowing what you want is the first step toward getting it.”

52. “If a little is great, and a lot is better, then way too much is just about right!”

54. “It is better to be looked over than overlooked.”

56. “An ounce of performance is worth pounds of promises.”

57. “I wrote the story myself. It’s all about a girl who lost her reputation but never missed it.”

58. “You gotta get up early in the morning to catch a fox and stay up late at night to get a mink.”

60. “Let’s get out of these wet clothes and into a dry Martini.”

62. “I freely chose the kind of life I led because I was convinced that a woman has as much right as a man to live the way she does if she does no actual harm to society.”

64. “Love conquers all things except poverty and toothache.”

68. “I don’t know a lot about politics, but I can recognise a good party man when I see one.”

69. “Why don’t you come up sometime and see me? I’m home every evening. Come up. I’ll tell your fortune.”

71. “I only read biographies, metaphysics, and psychology. I can dream up my own fiction.”

73. “No one can have everything, so you have to try for what you want most.”

74. “I made myself platinum, but I was born a dirty blonde.”

75. “Brains are an asset to the woman in love who’s smart enough to hide ’em.”

77. “Don’t marry a man to reform him—that’s what reform schools are for.”

81. “I generally avoid temptation unless I can’t resist it.”

83. “There are no good girls gone wrong—just bad girls found out.”

84. “Never mind about the six feet. Let’s talk about the seven inches.”

87. “Flattery will get you everywhere.”

89. “I have always felt a gift diamond shines so much better than one you buy for yourself.”

90. “Ladies who play with fire must remember that smoke gets in their eyes.”

91. “A man can be short, and dumpy, and getting bald but if he has fire, women will like him.”

93. “She’s the kind of girl who climbed the ladder of success wrong by wrong.”

95. “A woman in love can’t be reasonable or she probably wouldn’t be in love.”

96. “I knew in some marvelous way I had touched the hem of the unknown. And being me, I wanted to lift that hemline a little bit more.”

100. “You may admire a girl’s curves on the first introduction, but the second meeting shows new angles.”

103. “Personality is the glitter that sends your little gleam across the footlights and the orchestra pit into that big black space where the audience is.”

104. “It’s alright for a perfect stranger to kiss your hand as long as he’s perfect.”

106. “Dress gives one the outward sign from which people in general can, and often do, judge upon the inward state of mind and feelings.”

107. “Women are as old as they feel, and men are old when they lose their feelings.”

115. “His mother should have thrown him away and kept the stork.”

119. “Words should be used as tools of communication and not as a substitute for action.”

121. “Cultivate your curves—they may be dangerous but they won’t be avoided.”

123. “Don’t ever make the same mistake twice unless it pays.”

124. “I never worry about diets. The only carrots that interest me are the number of carats in a diamond.”

125. “Everyone has the right to run his own life—even if you’re heading for a crash. What I’m against is blind flying.”

128. “My advice to those who think they have to take off their clothes to be a star is, once you’re boned, what’s left to create the illusion? Let ‘em wonder. I never believed in giving them too much of me.”

129. “Don’t let a man put anything over you except an umbrella.”

130. “Getting married is like trading in the adoration of many for the sarcasm of one.”

132. “Sometimes, I don’t drink so the next day I can remember having fun.”

140. “Always remember, honey, a good motto is—take all you can get and give as little as possible.”

Did These Mae West Quotes Inspire You to Move Against the Status Quo?

Though it’s still difficult to act against the norms today, it was especially difficult during Mae West’s time where everyone was even more conservative, traditional, and cautious. That didn’t stop Mae West though. Long before icons like Michele Pfeiffer and even Marilyn Monroe, the world had Mae West as an iconic femme fatale in Old Hollywood. However, she was more than just a pretty face—she filled her life with accomplishments in different aspects of the industry from writing to acting, and even stood up for the minority.

Her works were highly controversial even though they didn’t display nudity or curse words. It was her depiction of confident and liberated women that proved to be ‘outrageous’ for the society at that time to bear. However, just like Mae West, we need to remember that as women, we need to be confident and we need to fight for what we want and what we deserve. That’s the legacy that she left with us even decades after her passing.

What are the things you learned from this collection? Are there any other iconic Mae West quotes you’d like us to include in the list? Be sure to send them in below! 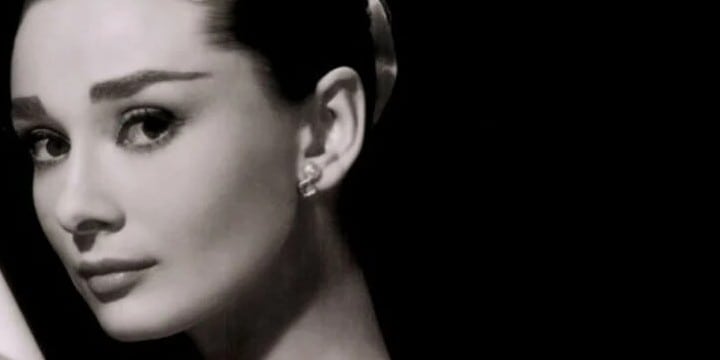 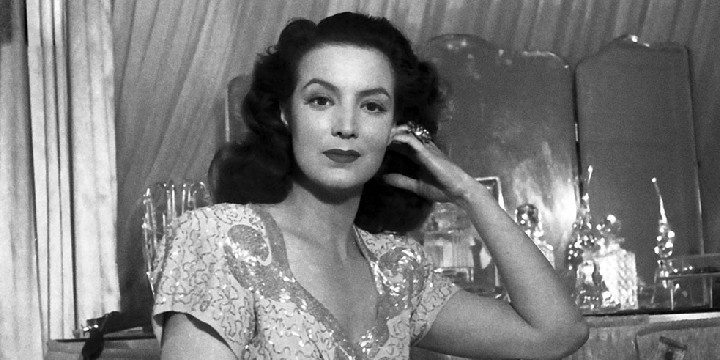 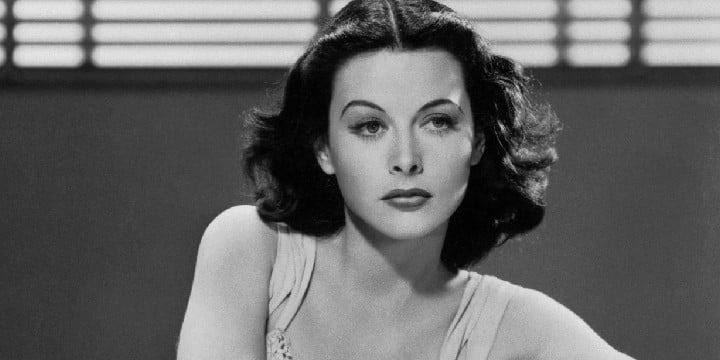 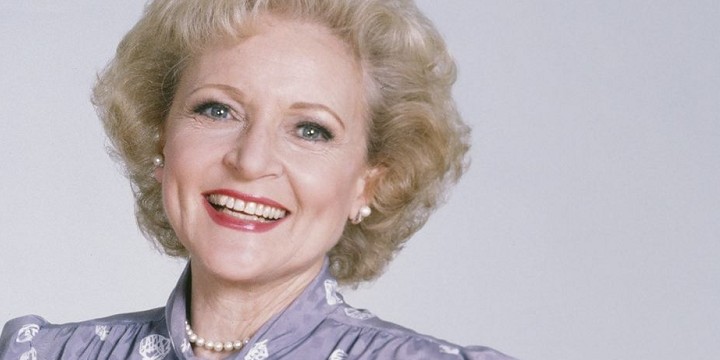 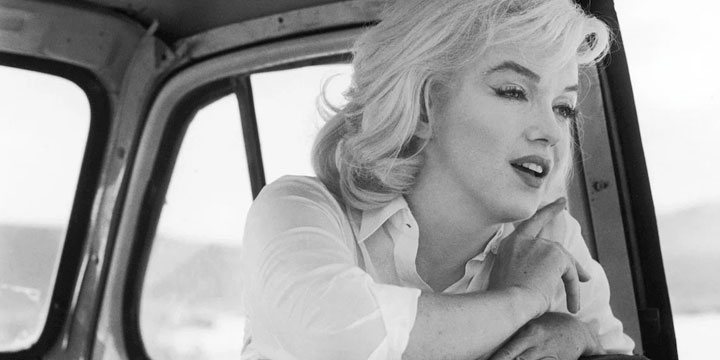