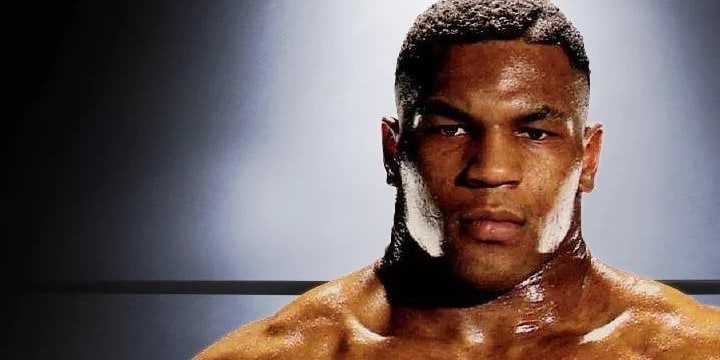 If you believe you are a failure and have lost hope in moving forward, these Mike Tyson quotes will help you knock down that negativity!

Mike Tyson is the epitome of what it means for hard work to trump talent. He rose from humble beginnings to achieve success. Aside from that, he also went through a lot of pain and sacrifice to fulfill his dream of becoming a professional boxer, and it paid off in the end.

Mike Tyson was born in Brooklyn, New York, and had a difficult childhood. This, however, did not stop him from becoming the youngest heavyweight champion in his professional boxing career. Continue reading to find out more about his life and controversial boxing career.

And make sure to read these Cus D’Amato quotes and Muhammad Ali quotes.

1. “Everyone has a plan until they get punched in the mouth.”

4. “As long as we persevere and endure, we can get anything we want.”

6. “Discipline—doing what you hate to do but do it like you love it.”

7. “Any man can do what he has to do. But doing it like you love it? That is what takes it to a whole different level. A champion does it like he loves it, even when he doesn’t.”

8. “I had to persevere because this was my life. This championship, this was the stuff I dreamt of all my life, and I wasn’t gonna be denied.”

9. “Whatever you want, especially when you’re striving to be the best in the world at something, there’ll always be disappointments, and you can’t be emotionally tied to them, cos’ they’ll break your spirit.”

10. “The ability to apply the discipline, the ability to do what needs to be done no matter how he feels inside, in my opinion, is the definition of a true professional.”

11. “I don’t try to intimidate anybody before a fight. That’s nonsense. I intimidate people by hitting them.”

12. “God lets everything happen for a reason. It’s all a learning process, and you have to go from one level to another.”

13. “Real freedom is having nothing. I was freer when I didn’t have a cent.”

16. “I feel like sometimes that I was not meant for this society.”

18. “The tempt for greatness is the biggest drug in the world.”

19. “I could feel his muscle tissues collapse under my force. It’s ludicrous these mortals even attempt to enter my realm.”

20. “People are going to say what they say. I know sometimes I say things; I offend people.”

21. “We all have struggles in life but we have to continue to fight.”

22. “Unfortunately, sometimes you can’t have fun accomplishing your goals. Sometimes people don’t have the determination, the will, the steadfastness, the tenacity, they give in under the slightest struggle.”

23. “That’s what people respect, the fact that I wasn’t a chump that laid on his back and gave up.”

24. “You can change your mind or your life whenever you want to.”

25. “Hard times fall upon everybody. Whatever it is, we’re going to get out of it.”

26. “In order for me to achieve, I had to regard myself as greater than what I was. In other words, I had to fake it until I make it.”

27. “The boxing’s the easy part. When you get into the ring to fight, that’s the vacation. But when you get in the gym, you have to do things over and over till you’re sore and deep in your mind you say, ‘I don’t want to do this anymore,’ I push that out of my mind.”

28. “You can’t be disturbed by anything. There’s no emotion involved. You can’t feel sorrow, you can’t feel pity, there’s nothing you feel. The job has to be done.”

30. “Things can change. Life is all a learning process.”

31. “There’s nothing like being young, and happy, and fighting.”

33. “We live in a society where we basically live and strive on what people think about us. We’re more visual people so what we see is basically what we believe which is not necessarily true.”

34. “Another thing that freaks me out is time. Time is like a book. You have a beginning, a middle, and an end. It’s just a cycle.”

Deep Mike Tyson Quotes That Will Make You Think

35. “I’m a dreamer. I have to dream and reach for the stars, and if I miss a star then I grab a handful of clouds.”

36. “I try my best to learn from other people’s mistakes. I have a lot of respect for people who can change.”

38. “When you have something in life that you want to accomplish greatly, you have to be willing to give up your happiness. I’ve lost all my sensitivity as far as being embarrassed, being shy, you just have to lose that.”

39. “A man who was friendly with everyone was an enemy to himself.”

40. “Some people try to get you out of slavery for you to be their slave.”

41. “Everyone that you fight is not your enemy and everyone who helps you is not your friend.”

Mike Tyson Quotes to Help You Manage Your Emotions

45. “My biggest weakness is my sensitivity. I am too sensitive a person.”

46. “If you did everything your mind told you to do, you do some really strange stuff. You’ll probably be in jail, you’ll be in trouble. But, it’s all about control. We all have to control our feelings. That’s the thing that separates us from animals.”

47. “You have to have a bunch of dimensions of yourself. You have to be able to adapt to this world. You can’t be a nice guy living in a world of savages.”

48. “In the scheme of life, in emotion and loss, I responded the way I did. I lost. I shouldn’t have responded that way. I’ve had some people tell me that I did a great thing—sticking up for myself—but to me, personally, with the way that I handled my emotions, I lost. But I learned. That will not happen again.”

49. “Emotion is more than just anger. When I am performing, I need emotion, but I need control, too. Emotion drives the best performance and is necessary, but it must be controlled. I believe Fedor does that. I do too. We may look different in how we do it, but we both do it.”

51. “Fighting is not physical, fighting is spiritual. It’s the determination and the will in the guy.”

52. “I can quit boxing now and practically go into any kind of business and I’ll be successful just as well as I was in boxing.”

53. “Most fighters are the most humble people in the world because they’ve gotten their ass kicked before.”

54. “Fighting is endurance, knocking a guy out in 10 seconds is not fighting, it’s beating him to the punch. But when you put in that time, that is fighting because you are thinking.”

55. “I can’t change myself. I’m Mike Tyson. I’m a regular kid from the ghetto striving to do something positive with myself. I happen to fight well.”

56. “Fighting is all about calmness and relaxation. My appearance was all an illusion. My appearance is of a mad man, but I’m really calm and collected. Even though I’m fighting, I’m as calm and relaxed as possible, despite my displays, because once you get excited, you can’t fight at the highest level of your ability.”

57. “I earned that the strong will always beat the weak, but the smart will beat the strong. Boxing is a tough guy sport. But in the end, the tough guy gets to clean the streets and be a bodyguard. In the ring, the tough guy is going to get hurt; at the end of the day, he’s going to talk funny. Only the smartest win. So, I know it’s cliche, but power—real power—comes from knowledge, comes from smarts.”

58. “Fighting is spiritual. It appears to be physical from the layman’s eyes. In my fights, I seemed to be angry and mad—all that stuff you saw me doing, the yelling and screaming and being mean in the ring—but I’m cool as a cucumber. I can hear everybody talking around me outside of the ring. I can see everybody. I know what is going on.”

59. “I’ll fight anybody my trainer puts me in with because I’m confident I can beat any fighter in the world. If anybody can see I’m almost a master at evading punches coming at me.”

60. “To be successful in sports or business, you really have to live the lifestyle. Success is about lifestyle. Just because I was training and working hard, that didn’t make me a champion or a good fighter. My lifestyle made me a good fighter.”

Did These Mike Tyson Quotes Motivate You to Pursue Your Life Goals?

Tyson’s ruthless boxing style, combined with his well-known bad temper, made him a formidable opponent. However, in 1992, he was imprisoned due to his rape case and assault. He faced many life challenges, including public divorce and bankruptcy, before experiencing the joy of fatherhood.

He made mistakes in the past and has apologized for them. This only shows that you should not abuse your power and fame because they are only temporary. Like Mike Tyson, let’s also face our mistakes, be honest and admit to our wrongdoings, and use them as stepping stones to a better life.

Which of these Mike Tyson quotes inspired you to persevere in life? Please, drop them in the comments area below!