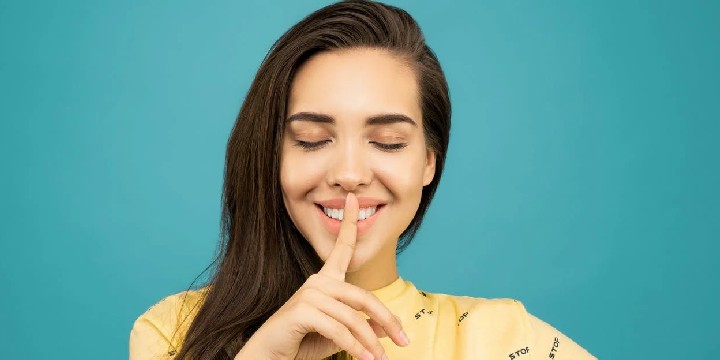 If you need to understand why you should keep your life and achievements low-key, read these move in silence quotes!

Let’s face it; we all love a little attention, and there’s nothing wrong with wanting people to know when you achieved something remarkable. But, we must also be aware that not everyone will be genuinely happy for us.

Sometimes, people are just taking advantage of us being an open book. They want to track our progress so they can be sure that we will not go above them. It’ll also distract you because you’ll keep thinking about how others are doing instead of focusing on your improvement.

That’s why sometimes, it’s better to move in silence and let the results speak for you. After all, it holds more power and pleasure when you surprise people with what you can do.

So, read through this list of quotes that’ll help you prove your worth!

And make sure to check out these showing up quotes and work hard – play hard quotes.

1. “Never announce your moves before you make them. Move in silence and shock them with your success.” – Anonymous

2. “Work hard in silence, let your success be your noise.” – Frank Ocean

3. “If you want to achieve success, make your move in silence. Finally, your success will break that silence.” – Vinayak Chauhan

4. “Move in silence, only speak when it’s time to say checkmate.” – Anonymous

5. “Don’t announce the move before it’s made. They’ll see it.” – Anonymous

6. “The human heart has hidden treasures. In secret kept, in silence sealed. The thoughts, the hopes, the dreams, the pleasures. Whose charms were broken if revealed.” – Charlotte Bronte

8. “Mind your business, crush your goals, and make moves in silence. You don’t need an audience to achieve greatness. You need to focus.” – Anonymous

9. “This silence, this moment. Every moment if it’s genuinely inside you, brings what you need. Move outside the tangle of fear thinking. Live in silence.” – Rumi

10. “When you build in silence, people don’t know what to attack.” – Anonymous

11. “Don’t give them the privilege of knowing everything about you. Just because it’s not posted on social media doesn’t mean it’s not happening. Quietly progress.” – Anonymous

12. “The best way to put the enemies in chaos is to move in silence.” – Anonymous

13. “If you stop telling your friends everything, your enemy wouldn’t know so much! Stop telling people more than they need to know! Make moves quietly! Protect your anointing!” – Anonymous

15. “Don’t waste words on people who deserve your silence. Sometimes the most powerful thing you can say is nothing at all.” – Mandy Hale

16. “To protect your vision, you must sometimes move in silence.” – Anonymous

17. “Don’t tell everyone about your dreams. Some people are dream killers. Work on your plan and don’t seek external validation.” – Anonymous

23. “Move in silence to realize the power of your vision and the effectiveness of your efforts.” – Anonymous

25. “Working silently can give many benefits and an edge over competitors.” – Anonymous

26. “Three things to keep quiet. Your love life. Your Income. Your next move.” – Anonymous

27. “The quieter you become, the more you are able to hear.” – Anonymous

28. “Practice humility and make moves in silence to achieve your target.” – Anonymous

Move In Silence Quotes to Cultivate Your Untapped Potential

29. “Move in silence. Never let them know your next move.” – Anonymous

30. “Work in silence and let them sleep on you. The noise from your success will wake them up in due time.” – Tony Gaskins

32. “Not all hustle is loud. Sometimes hustle is just you, all alone, grinding, while no one hears a sound.” – Anonymous

33. “Move so silently at your own pace that no one could decode your targets in life.” – Anonymous

34. “Sometimes it’s best to stay quiet. The silence can speak volumes without ever saying a word.” – Anonymous

35. “Bosses move in silence to gather inner energy, and they achieve unimaginable outcomes in life.” – Anonymous

36. “Professionals don’t brag about success; they move in silence on their success journey.” – Anonymous

Short Move In Silence Quotes That You Need to Read

39. “A fish with his mouth closed never gets caught.” – Anonymous

43. “Move in silence, so no one does brujería on your goals.” – Anonymous

44. “A true masterpiece does not tell everything.” – Anonymous

Deep Move In Silence Quotes That’ll Have Your Mind Reeling

47. “We need to find God, and He cannot be found in noise and restlessness. God is the friend of silence. See how nature, trees, flowers, and grass—grows in silence. See the stars, the moon, and the sun, and how they move in silence. We need silence to be able to touch souls.” – Mother Teresa

48. “Too many of you can’t move in silence because you want applause from an audience who don’t even care about you.” – Anonymous

49. “Successful and ambitious people move quietly. The talkers are the ones holding them back.” – Niccolò Machiavelli

51. “Much talking is the cause of danger. Silence is the means of avoiding misfortune. The talkative parrot is shut up in a cage. Other birds, without speech, fly freely about.” – Saskya Pandita

52. “Move in silence so when they see you, they wonder when, where, how you are making it. You have to remember your blessing isn’t for everybody.” – Anonymous

53. “A seed grows with no sound, but a tree falls with a huge noise. Destruction has noise, but creation is quiet. This is the power of silence. Grow silently.” – Anonymous

Move In Silence Quotes for a Stronger Personality

56. “He thinks he got away with what he did to me, but real gangsters like me move in silence.” – Anonymous

More Quotes on Moving in Silence

57. “Once you’ve matured, you realize silence is more powerful than proving a point.” – Anonymous

59. “Sometimes you need to sit lonely on the floor in a quiet room in order to hear your own voice and not let it drown in the noise of others.” – Anonymous

60. “He has learned that silence means the absolute balance of the body, spirit, and soul. The man who preserves his unity will never be dominated by the storms of existence. He has the strength to overcome the difficulties and move forwards.” – Paulo Coelho

Do You Agree That Moving in Silence Will Give You an Advantage in Life?

Our lives are full of hidden and surprising rivalry and competitions. So, creating and starting your plans in silence will give you the advantage of winning the battle of life. After all, your life is no one else’s business but yours, so you have all the right to mind your own business.

Rather than openly discussing everything happening in your life, why not move quietly and shock them with what you can do? Doing so will make it easier for you to focus on how to achieve your plans and goals.

Moving in silence will eventually lead to the peacefulness of our minds and souls. We can’t always control what other people see. But, if you let yourself become an open book, you’re also giving others the power to control and know your innermost selves.

That’s why moving in silence is the best decision you’ll ever make. Don’t let other people pressure you to act a certain way or attain a particular goal!

If you’re still doubting the greatness of silence, go back to this list of quotes that will remind you of the benefits of privacy and minding your own business. Remember, silence is the best strategy to succeed in every move that you’ll do!