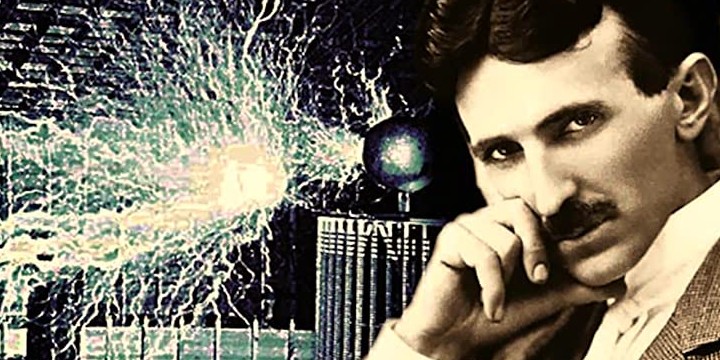 These are the top 70 Nikola Tesla quotes that will show you how perseverance, determination, and a little bit of eccentricity will light up your world.

During his time, Nikola Tesla made dozens of breakthroughs in the production and transmission of power.

In fact, he even filed for 300 patents—surely an unprecedented feat during his time.

This collection of quotes gives us a chance to learn and understand one of the greatest electrical engineers of all time.

And don’t miss out these Brene Brown quotes and Carl Jung quotes.

1. “If you want to find the secrets of the universe, think in terms of energy, frequency, and vibration.”

2. “My brain is only a receiver. In the universe, there is a core from which we obtain knowledge, strength, and inspiration. I have not penetrated into the secrets of this core, but I know that it exists.”

5. “If your hate could be turned into electricity, it would light up the whole world.”

6. “The day science begins to study non-physical phenomena, it will make more progress in one decade than in all the previous centuries of its existence.”

8. “I do not think you can name many great inventions that have been made by married men.”

9. “The scientists of today think deeply instead of clearly. One must be sane to think clearly, but one can think deeply and be quite insane.”

10. “Our virtues and our failings are inseparable—like force and matter. When they separate, man is no more.”

11. “All these years of my service towards mankind did not bring me nothing but assaults and humiliations.”

12. “I do not think there is any thrill that can go through the human heart like that felt by the inventor as he sees some creation of the brain unfolding to success. Such emotions make a man forget food, sleep, friends, love, everything.”

13. “What we now want is closer contact and better understanding between individuals and communities all over the earth, and the elimination of egoism and pride which is always prone to plunge the world into primeval barbarism and strife.”

14. “The individual is ephemeral, races and nations come and pass away, but man remains. Therein lies the profound difference between the individual and the whole.”

15. “The present is theirs; the future, for which I really worked, is mine.”

16. “Peace can only come as a natural consequence of universal enlightenment.”

17. “All that was great in the past was ridiculed, condemned, combated, suppressed—only to emerge all the more powerfully, all the more triumphantly from the struggle.”

18. “When we speak of man, we have a conception of humanity as a whole; and before applying scientific methods to the investigation of his movement, we must accept this as a physical fact.”

19. “Misunderstandings are always caused by the inability of appreciating one another’s point of view.”

20. “Fights between individuals, as well as governments and nations, invariably result from misunderstandings in the broadest interpretation of this term.”

21. “The peril of a clash is aggravated by a more or less predominant sense of combativeness, posed by every human being.”

22. “To resist this inherent fighting tendency, the best way is to dispel ignorance of the doings of others by a systematic spread of general knowledge.”

23. “The pressure of occupation and the incessant stream of impressions pouring into our consciousness through all the gateways of knowledge make modern existence hazardous in many ways.”

24. “What is true of an individual also applies, more or less, to a people as a whole.”

25. “You may live to see man-made horrors beyond your comprehension.”

26. “Humanity is not yet sufficiently advanced to be willingly led by the discoverer’s keen searching sense.”

27. “Perhaps it is better in this present world of ours that a revolutionary idea or invention instead of being helped and patted, be hampered and ill-treated in its adolescence—by want of means, by selfish interest, pedantry, stupidity, and ignorance; that it be attacked and stifled; that it pass through bitter trials and tribulations, through the strife of commercial existence.”

28. “Most persons are so absorbed in the contemplation of the outside world that they are wholly oblivious to what is passing on within themselves.”

29. “Today, the most civilized countries of the world spend a maximum of their income on war and a minimum on education.”

30. “Life is and will ever remain an equation incapable of solution, but it contains certain known factors.”

31. “We crave for new sensations, but soon become indifferent to them.”

32. “The wonders of yesterday are today’s common occurrences.”

34. “The gift of mental power comes from God—Divine Being—and if we concentrate our minds on that truth, we become in tune with this great power.”

35. “My mother had taught me to seek all truth in the Bible.”

37. “The light fills my six senses—I see it, hear, feel, smell, touch, and think. Thinking of it means my sixth sense.”

39. “Instinct is something which transcends knowledge.”

40. “It will be more glorious to fight against ignorance than to die on the field of battle.”

41. “The human being is no exception to the natural order.”

42. “In the course of ages, mechanisms of infinite complexity are developed, but what we call soul or spirit, is nothing more than the sum of the functionings of the body. When this functioning ceases, the soul or the spirit ceases likewise.”

43. “So astounding are the facts in this connection, that it would seem as though the Creator himself had electrically designed this planet.”

46. “A thousand secrets of nature which I might have stumbled upon accidentally, I would have given for that one which I had wrested from her against all odds and at the peril of my existence.”

47. “When natural inclination develops into a passionate desire, one advances towards his goal in seven-league boots.”

49. “One’s salvation could only be brought about through his own efforts.”

50. “What one man calls God, another calls the laws of physics.”

51. “Invention is the most important product of man’s creative brain.”

52. “The ultimate purpose is the complete mastery of mind over the material world—the harnessing of human nature to human needs.”

53. “Today’s scientists have substituted mathematics for experiments, and they wander off through equation after equation, and eventually build a structure which has no relation to reality.”

54. “In no way can we get such an overwhelming idea of the grandeur of nature than when we consider, that in accordance with the law of the conservation of energy, throughout the infinite, the forces are in a perfect balance, and hence the energy of a single thought may determine the motion of a universe.”

55. “I am credited with being one of the hardest workers and perhaps I am, if thought is the equivalent of labour, for I have devoted to it almost all of my waking hours.”

56. “If work is interpreted to be a definite performance in a specified time according to a rigid rule, then I may be the worst of idlers.”

57. “Particles of light are written notes. A bolt of lightning can be an entire sonata. A thousand balls of lightning is a concert. For this concert, I have created a ball of lightning, which can be heard on the icy peaks of the Himalayas.”

58. “It is not a dream. It is a simple feat of scientific electrical engineering.”

59. “We have, undoubtedly, certain finer fibers that enable us to perceive truths when logical deduction, or any other willful effort of the brain, is futile.”

60. “The scientific man does not aim at an immediate result. He does not expect that his advanced ideas will be readily taken up. His work is like that of the planter—for the future. His duty is to lay the foundation for those who are to come, and point the way. He lives and labors and hopes.”

61. “The discovery of a new scientific truth will be more important than the squabbles of diplomats.”

62. “Science is opposed to theological dogmas because science is founded on fact. To me, the universe is simply a great machine which never came into being and never will end.”

63. “Man, like the universe, is a machine. Nothing enters our minds or determines our actions which is not directly or indirectly a response to stimuli beating upon our sense organs from without.”

64. “Most certainly, some planets are not inhabited; but others are, and among these there must exist life under all conditions and phases of development.”

65. “The progressive development of man is vitally dependent on invention.”

66. “As I review the events of my past life, I realize how subtle are the influences that shape our destinies.”

67. “If Thomas Edison had a needle to find in a haystack, he would not stop to reason where it was most likely to be, but would proceed at once with the feverish diligence of a bee—to examine straw after straw until he found the object of his search. Just a little theory and calculation would have saved him ninety percent of his labor.”

68. “As we grow older, reason asserts itself and we become more and more systematic and designing. But those early impulses, though not immediately productive, are of the greatest moment and may shape our very destinies.”

69. “All perceptible matter comes from a primary substance, or tenuity beyond conception—filling all space, the akasha or luminiferous ether, which is acted upon by the life giving Prana or creative force, calling into existence, in never-ending cycles all things and phenomena.”

70. “His mind was dominated by one idea—to leave no stone unturned, to exhaust every possibility.”

Did These Nikola Tesla Quotes Make You Believe That You Have the Power to Change the World?

Though he suffered in the last few years of his life due to his mental illness, Nikola Tesla had a great 86 years being one of the greatest inventors in history. It is through him that we learn to think differently and to believe in ourselves, because it is only through these things that we get the chance and power to change the world. Never abandon your dreams, your ideas, and your opinions. Though it takes some time to actualize them and really make an impact in the world, if we just keep going, one day we will reach the top.

How do you feel about the quotes we included in this collection? Did these quotes inspire you to believe in yourself and to keep going? We’d love to hear your thoughts—talk to us in the comments section below.