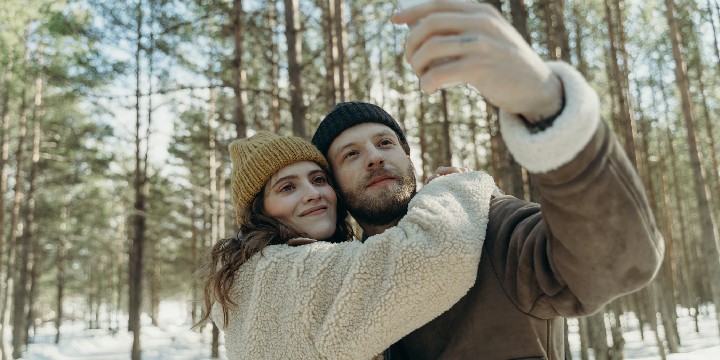 Allow these quotes for women about men to enlighten you on the relationship and connection that exist between men and women.

Women are curious about certain aspects of men. We know that some men are difficult to understand, but we are confident that they have soft spots beneath their strength.

With that, here’s a collection of quotes that will provide you with some wise words to get to know them better.

Don’t forget to share it with your family and friends so they can be informed as well!

Best Quotes for Women About Men

1. “Let me give you a tip on a clue to men’s characters: the man who damns money has obtained it dishonorably; the man who respects it has earned it.” – Ayn Rand

2. “Ladies, let me give you some advice. You can throw all your stupid fucking chick-lit, self-help, why-doesn’t-he-love-me books out because this is all you need to know: men will treat you the way you let them. There is no such thing as ‘deserving’ respect; you get what you demand from people—if you demand respect, he will either respect you or he won’t associate with you. It really is that simple.” – Tucker Max

3. “The best men tell you the truth because they think you can take it; the worst men either try to preserve you in some innocent state with their false protection or are ‘brutally honest.’ When someone tells you, lets you think for yourself, experience your own emotions, he is treating you as a true equal, a friend—and the best men cook for you.” – Whitney Otto

4. “A foolish man tells a woman to stop talking, but a wise man tells her that her mouth is extremely beautiful when her lips are closed.” – Robert Bloch

5. “I know what men want. Men want to be really, really close to someone who will leave them alone.” – Elayne Boosler

Inspirational Quotes for Women About Men

7. “Wherever you find a great man, you will find a great mother or a great wife standing behind him—or so they used to say. It would be interesting to know how many great women have had great fathers and husbands behind them.” – Dorothy L. Sayers

8. “Men and women aren’t the same. And they won’t be the same. That doesn’t mean that they can’t be treated fairly.” – Jordan Peterson

10. “Sitting and waiting is one of the most miserable occupations known to man—not that it usually is known to men; women do it much more often.” – Diana Gabaldon

11. “Men, in general, find it very hard to turn from the works of their hands, their own quests for power and security and significance, and turn to me.” – Wm. Paul Young

12. “A man is always devoted to something more tangible than a woman—the idea of her.” – Bauvard

Quotes That Will Encourage Women to Learn More About Men

13. “Men often complain of the wickedness of women—of how we delight in what power we have over their hearts. But they reign over everything else, so of course, they grudge us this, should we ever come to rule over this thing the size of their fist.” – Alexander Chee

14. “Behind every great man is a woman rolling her eyes.” – Jim Carrey

15. “Don’t keep a man guessing too long—he’s sure to find the answer somewhere else.” – Mae West

16. “A godly man is never threatened by the gifts of a godly woman.” – Rick Warren

19. “Women are the dominant. Men have to do all sorts of stuff to prove that they are worthy of a woman’s attention.” – Camille Paglia

20. “Like the way men could say one thing, then another, then act in a way inconsistent with both positions and somehow still be convinced of their own integrity.” – Emily Maguire

22. “Basically, all women are nurturers and healers, and all men are mental patients to varying degrees.” – Nelson DeMille

23. “And verily, a woman needs to know but one man well, in order to understand all men; whereas a man may know all women and understand not one of them.” – Helen Rowland

25. “Man is the one who desires, woman the one who is desired. This is a woman’s entire but decisive advantage. Through man’s passions, nature has given man into woman’s hands, and the woman who does not know how to make him her subject, her slave, her toy, and how to betray him with a smile, in the end, is not wise.” – Leopold Von Sacher-Masoch

28. “Men always want to be a woman’s first love, women like to be a man’s last romance.” – Oscar Wilde

Relationship Quotes for Women About Men That Will Make You Reflect

34. “Women leave their marriages when they can’t take any more. Men leave when they find someone new.” – J. Courtney Sullivan

36. “We still think of a powerful man as a born leader and a powerful woman as an anomaly.” – Margaret Atwood

38. “Between men and women there is no friendship possible. There is passion, enmity, worship, love, but no friendship.” – Oscar Wilde

Positive Quotes for Women About Men

40. “The one thing that men and women have in common—they both like the company of men.” – Michael Douglas

43. “I don’t think that men see things wrong and women right, just that we do see things differently.” – Jane Campion

Funny Quotes for Women About Men to Make You Giggle

44. “Men are pigs, darling. I really have every sympathy for women that they actually have to choose one of these arrogant, stupid morons to settle down with and marry.” – Michael Winner

47. “On one issue at least, men and women agree—they both distrust women.” – H. L. Mencken

48. “You see a lot of smart guys with dumb women but you hardly ever see a smart woman with a dumb guy.” – Erica Jong

49. “Guys are like dogs. They keep coming back. Ladies are like cats. Yell at a cat one time—they’re gone.” – Lenny Bruce

50. “Even the wisest men make fools of themselves about women.” – Theodor Reik

51. “I think that’s what Toni Morrison and Alice Walker understand, the secret language of women. That it’s not a secret at all; men just don’t know how to listen.” – Marlon James

More Quotes for Women About Men

54. “Man forgives women anything save the wit to outwit him.” – Minna Antrim

55. “Men know that women are an over-match for them, and therefore they choose the weakest or most ignorant. If they did not think so, they never could be afraid of women knowing as much as themselves.” – Samuel Johnson

56. “Most men act so tough and strong on the outside because, on the inside, we are scared, weak, and fragile. Men, not women, are the weaker sex.” – Jerry Rubin

57. “Morality was probably the invention of unattractive men. Whom else does it benefit really.” – Manu Joseph

59. “Whilst men may play the game, women know the score.” – Habeeb Akande

60. “Men have always detested women’s gossip because they suspect the truth: their measurements are being taken and compared.” – Erica Jong

What Personalities of Men Do You Admire the Most?

In most societies, men are regarded as the community’s defenders. It is their responsibility to keep their homes and communities safe from potential threats.

Being friends with men allows women to discover what they want to explore and learn about them. Men can be quite different from women regarding their flaws, strengths, values, beliefs, and life experiences. We might have our own unique qualities when it comes to our genders, but men’s determination to achieve their goals is indeed admirable.

Nonetheless, there are aspects of their lives in which they are helpless and lost without the presence of a woman and vice versa. There is no such thing as a perfect person in this world; we all have flaws and make mistakes. We can, however, learn from each other regardless of gender.

Do you have a personal favorite from the list? Which quote can you relate to the most? Leave them in the comments section below.