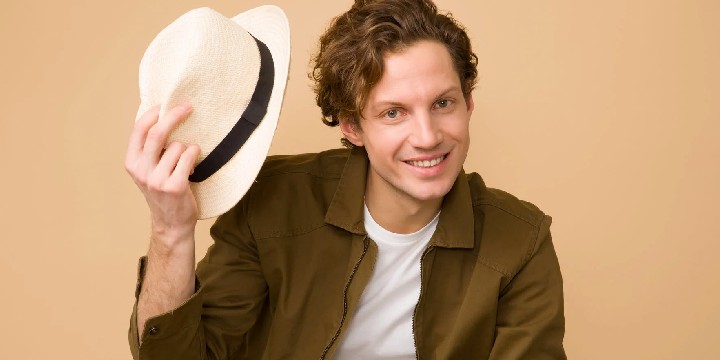 Let these real man quotes give you courage and determination to become a better person who people can look up to!

But, being a real man doesn’t happen in just a snap; you have to develop yourself. Since it doesn’t just mean improving physically, the progress will be long and complex; it doesn’t mean it’s impossible, though!

So, if you want to be the real man society needs, don’t skip on any of the quotes we’ve gathered for you!

And don’t forget to check out these courage quotes and success quotes.

1. “A real man ain’t a coward, he stands by what he says, admits his faults, and corrects his mistakes.” – Kiki Strack

2. “To be a real man is to be unattached—not from responsibility or justice, but from those dependencies that inhibit responsibility and justice.” – Tarek Saab

5. “Real men don’t conform to the beliefs of others, even when society has concluded on what is good and true, but maintain the integrity of their own mind.” – Ralph Waldo Emerson

6. “A man knows his limits, but a real man can overcome them.” – Travis Martin

9. “The mark of a real man is a man who can allow himself to fall deeply in love with a woman.” – C. Joybell C.

12. “A real man is one whose goodness is a part of himself.” – Mencius

13. “A real man can’t stand seeing his woman hurt. He’s careful with his decisions and actions, so he never has to be responsible for her pain.” – Anonymous

14. “It takes a real man to make a true confession.” – Charles Studd

15. “A real man can use power, rather than let power use him.” – Moffat Machingura

Famous Quotes on Being a Real Man

16. “A real man won’t date the most beautiful girl in the world—he’ll date the girl that makes his world beautiful.” – Anonymous

17. “A real man is capable of controlling himself before he controls his children.” – Dorian

18. “A real man is one who fears the death of his heart, not of his body.” – Ibn Qayyim Al-Jawziyya

20. “Real men despise battle, but will never run from it.” – George Washington

22. “A real man has no tougher judge than himself.” – James Grippando

23. “To be a man is, precisely, to be responsible.” – Antoine de Saint-Exupéry

24. “Life is too short to be little. Man is never so manly as when he feels deeply, acts boldly, and expresses himself with frankness and with fervor.” – Benjamin Disraeli

26. “The character of a true man is found out by his amusements.” – Joshua Reynolds

28. “A real man earns what he wants.” – Hiroshi Hashimoto

31. “A real man has got nothing to prove. He’s strengthened by love and the Lord up above. So do the best that you can to be a real man.” – Billy Dean

33. “A real man accepts and strives to live by the principles of God—God’s word.” – James A. Harrell Jr.

35. “Real men don’t lie, cheat or steal. They don’t lie around waiting for something to happen to them, they look for fixable problems. They help those in need. Real men do make the world a better place.” – Josh Lund

Quotes About Being a Real Man to Make You Think

36. “A real man will treat you with the respect that you deserve, never force you to do anything you’re uncomfortable with, and never mistreat you.” – Gary Hall Sr.

37. “Being a real man is not about getting to a certain age and saying I’m here and that’s it. It’s more than a statement or even a definition; it is a divine appointment that makes males be all that they were created to be.” – William McLean

38. “A real man is an adult male whose body, mind, and heart has matured and embraced his position, purpose, and responsibilities.” – William McLean

39. “Real men show they care about their families by being with them, supporting them in every way, listening to them, and considering loved ones as he considers himself.” – Clifford Bishop

40. “Real men don’t need a woman covering for him because a real man is a woman’s covering!” – Sanjo Jendayi

41. “A real man will give you answers. No matter how awkward or uncomfortable a situation is, a real man will approach it, and you, with respect.” – Gary Hall Sr.

42. “It’s at the borders of pain and suffering that the men are separated from the boys.” – Emil Zatopek

43. “A real man swallows his pride when he’s at fault and apologizes for his mistakes. He’s not afraid to be criticized by his woman.” – Anonymous

46. “Real men are sadly lacking in this world, for when they are put to the test they prove worthless.” – Franz Liszt

47. “All men like to think that they can do it alone, but a real man knows that there is no substitute for support, encouragement, or a pit crew.” – Tim Allen

48. “A real man worth having has a vision. He has a vision not only for himself but for his children, his wife and everything pertaining to the overall success of his life.” – Bey Bright

49. “But remember what drives a man; real men do what they have to do to make sure their people are taken care of, clothed, housed, and reasonably satisfied, and if they’re doing anything less than that, they’re not men.” – Steve Harvey

50. “Only a real man is able to stick to just one woman and treat her special, always.” – Terry Mark

51. “Real men stay faithful. They don’t have time to look for other women because they’re too busy looking for new ways to love their own.” – John F. Kennedy

52. “A real man wouldn’t lay a finger on a woman. He treats his partner with respect, love, and support. Men are physically stronger and have no place abusing that power.” – Matt Lanter

54. “A real man respects the virtues and values of the woman he loves. He believes in everything she gets strength from and loves her mind, body, and soul.” – Aarti Khurana

56. “A real man never stops trying to show his women how much she means to him even after he already has her.” – Suman Rai

57. “Real man treats his lady the same way he wants another man to treat his daughter.” – Anonymous

59. “A real man chooses to honor, love, respect, adore, and be faithful to one woman!” – Ritu Ghatourey

60. “Boys will break your heart. Real men will pick up the pieces.” – Drake

61. “Real men always have time for their women. No matter what, even if he’s busy he’ll find a way to make time for her.” – Wiz Khalifa

62. “A real man, the kind of man a woman wants to give her life to, is one who will respect her dignity, who will honor her like the valuable treasure she is. A real man will not attempt to rip her precious pearl from its protective shell or persuade her with charm to give away her treasure prematurely, but he will wait patiently until she willingly gives him the prize of her heart. A real man will cherish and care for that prize forever.” – Leslie Ludy

63. “This is not just about women. We men need to recognize the part we play, too. Real men treat women with the dignity and respect they deserve.” – Prince Harry

65. “A real man wants two things—danger and play; that’s why he pursues a woman who is the most dangerous plaything.” – Friedrich Nietzsche

66. “A real man is also cognizant of the fact that he sets the stage for what type of men his daughters will get involved with.” – James A. Harrell Jr.

69. “A real man knows the importance of sowing the right seeds into his daughter’s lives so that he can reap a better harvest.” – James A. Harrell Jr.

70. “It takes a real man to see the difference between a diamond and a rhinestone. Can’t be mad when someone else takes the diamond that you treated like a rhinestone.” – Surgeo Bell

71. “Real men don’t dance to other people’s tune, instead, they play for others to dance.” – Michale Bassey Johnson

72. “To have done no man a wrong, to walk and live, unseduced, within arm’s length of what is not your own, with nothing between your desire and its gratification but the invisible law of rectitude, this is to be a man.” – Horace Mann

74. “The true measure of a man is how he treats someone who can do him absolutely no good.” – Samuel Johnson

76. “I don’t think a man has to go around shouting and play-acting to prove he is something. And a real man doesn’t go around putting other guys down, trampling their feelings in the dirt, making out they’re nothing.” – Joe Frazier

Funny Real Man Quotes That Will Make You Chuckle

77. “A real man doesn’t call the plumbers. If he’s gonna call himself a man, he needs to know how to fix it, on the spot.” – Phil Robertson

78. “Now, what we do in Hollywood, we don’t cast for the role, we cast for the money, and that’s where the real man gets lost.” – Johnny Messner

80. “Would a real man get caught eating a twinkie?” – Andy Rooney

81. “Take a picture, not a trophy. This is how real men shoot animals.” – Ricky Gervais

84. “It’s a real man who can go out with a woman who’s taller than he is. That’s an alpha male right there.” – Miranda Hart

85. “A real man only lies to his woman when he’s surprising her.” – Anonymous

87. “This is the test of your manhood: how much is there left in you after you have lost everything outside of yourself?” – Orison Swett Marden

88. “The fact is I have lost a fight, and I accept the loss from Allah. That’s the way a real fighter and a real man goes out.” – Naseem Hamed

89. “A real man doesn’t have time to cheat because that man is too busy providing all of which a good woman deserves.” – Ritu Ghatourey

90. “Being a man is not about how tough you are, it’s about how you control the difficult situations that life confronts you with.” – Iain Taylor

91. “It takes a man to admit his mistakes but it takes an even better man to stop making them.” – Anonymous

95. “A real man loves his wife and places his family as the most important thing in life. Nothing has brought me more peace and content in life than simply being a good husband and father.” – Frank Abagnale

96. “A real man will never be intimidated by his woman’s motivation.” – Garry Hall Sr.

97. “A man must at times be hard as nails: willing to face up to the truth about himself. But he must also be tender. No weapon will breach the armor of a woman’s resentment like tenderness.” – Elisabeth Elliot

98. “A real man will value your personality, your kindness, your intelligence, and who you are as a person, in general.” – Garry Hall Sr.

Do You Aspire to Be a Real Man?

Magazines, television, movies, and even billboards do an excellent job of portraying the ideal man that every girl desires—a man with a well-defined jaw, a gorgeous body, a well-paid career, or a high social status. But, because of these unrealistic standards, men become distraught and lose their self-confidence. They think this is the only way to be considered real men.

But, remember that being a real man goes beyond physical attributes and characteristics. Don’t let these so-called standards define you. Instead, find and show the true masculinity in you and be different from the rest of the men in the crowd.

It takes a lot to be a real man. It can be tiring, and you can feel unmotivated because you feel like too many responsibilities rest upon your shoulders, but you should not give up. So, let these real man quotes give you the courage to unleash the true masculinity you have within you!

Which of these quotes struck you the most? Feel free to comment down below!