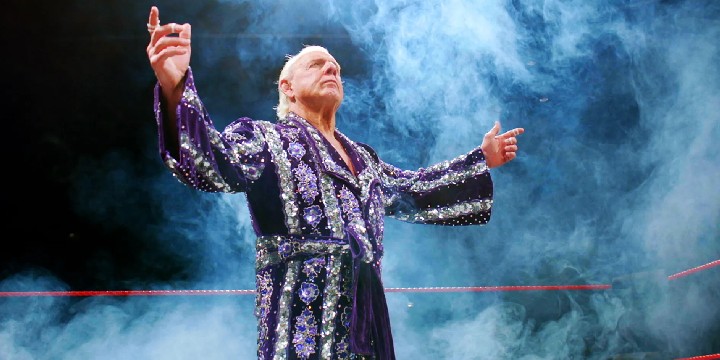 If you are an admirer of Ric Flair, or just fond of wrestling, this set of Ric Flair quotes is the best fit for you.

Learn more about his early life, his wrestling career, the struggles he encountered, and his lifestyle in this collection that we’ve gathered for you!

He used the moniker “The Nature Boy” starting from the ‘70s and gained popularity because of his in-ring stunts, including rule breaking, which led many to call him “the dirtiest player in the game.”

Check out some of his famous quotes listed below.

And make sure to read these Hulk Hogan quotes and Macho Man Randy Savage quotes.

3. “Diamonds are forever, and so is Ric Flair.”

5. “I’m every woman’s dream and every man’s nightmare.”

6. “In my life, I’ve been a movie star, a rock star, and a sports star all wrapped into one, and worked harder at it than anybody else.”

7. “For me, it’s about camaraderie. My whole life is like, if something’s going on, nothing ever preceded fun. I always put my friends, and the fun, and the business ahead of everything.”

9. “I was really good at being a bad guy, I like that role—not being bad to people, just talking bad.”

10. “My problem is that I think everybody needs to work as hard as I worked when I was in my prime.”

11. “I can take more punishment than anyone in the business.”

12. “Nobody has wrestled everybody in the business like I have, especially not Bret Hart.”

14. “I have had the greatest wrestling career in the history of pro wrestling.”

15. “I had my first ‘Survivor Series’ in 1991 and I was fortunate enough to be an instrumental part of the shows I was on.”

16. “If wrestling can be considered an art form, then Ric Flair is using oils, and the many others merely water colors.”

17. “I’ve had more world championships than you’ve had women!”

19. “We used to wrestle every night, 385 times a year, for ten years. 365 days. Never had any holidays off, ever. Holidays were always two-day venues, two-event venues, afternoon and night.”

20. “People think it’s hard to travel to the airports. 9/11 has made our travel difficult, with the security laws and that. As far as comparing what we do to driving 3,000 miles a week, making fifty bucks a night, sometimes one hundred bucks a night, it’s a lot different. Guaranteed contracts, first class air fare, Hilton hotels in London, champagne, what do you want? What more could you ask for?”

21. “The most I ever work is three days a week. Very rare that I will work four. If I’m involved in a scenario where they need me to be in it, I don’t mind. They always work around my children’s schedule, their sports, and stuff like that. That’s been very important to me.”

Ric Flair Quotes About His Life

27. “When I was young, I mean, I watched every match because that’s how we were educated.”

28. “I didn’t have any plans to become a wrestler until about a year before I started.”

29. “But the real answer to that is I did it because people liked it. As my athletic skills declined, especially later on in life when I started doing it more, people liked it.”

30. “I don’t think there was one. I can’t name one—not because I had a lot of great feuds, but it would be hard to say the defining feud.”

31. “This ain’t no garden party, brother, this is wrestling—where only the strongest survive.”

33. “I don’t think there’s anything positive in the WCW brand at all. It was dead when they brought it. They were going to bury us when they did business.”

34. “I can’t think of any negative aspects of working in the wrestling industry. The positives are the money, the comradery, the prestige, the notoriety, a lot of pluses.”

35. “There were only a handful of guys who were even qualified to work at the WWE.”

36. “I tell everyone in the world that I have always been the best father I could be and that I was the worst husband. Wooo!”

37. “For me, I’ve used the expression about passing the torch, but my daughter just took the torch from me years ago. She is so good but she is just getting going.”

38. “My kids are my main hobby. But now they’ve gotten older, they’ve forced me to do things without them.”

39. “What happened with me is when I said I hated going home, it’s because I would be gone for three months and get to go home one day.”

Ric Flair Quotes About His Health

42. “Without your health, you’ve got nothing going on.”

44. “I do close to 30 minutes in cardio at a very high rate. I raise the level of intensity. I do a level 18 on the elliptical at four miles an hour for 20 minutes. That’s 360 calories. I want to see someone else try that. The resistance factor at 18 is brutal. No one goes to 20.”

46. “I spent more money on one robe than guys spend in five years.”

47. “It’s much more casual than it was, but my clothes and my ring attire—I thought up half of what I brought to the show.”

48. “If you have notoriety, you can dress any way you want to dress. That’s the way it is. I just like to get dressed up. I think that they go hand in hand—notoriety and people lookin at ya. If they look at ya, either you look like a million dollars, or you don’t. A guy can have a phenomenal body, but if the suit doesn’t fit him, forget it.”

50. “I’m gonna walk down the aisle in style and profile.”

Ric Flair Quotes About Traveling and His Fans

51. “Miami was always a town that was kind to me as a wrestler. It’s a great wrestling town, and it’s a great town, period. There’s so much to do in Miami.”

52. “I had so much fun in towns like Chicago and that. I mean, you know, I’m hanging around DiBiase, Hennig, all these guys.”

53. “I like Manchester, Birmingham. I really find this place very nice. Loved Australia. I thought that was awesome.”

54. “Whenever I hear the crowds going, ‘Woooo!’, it makes me feel very good. It means I’ve worked very hard and earned a lot of respect. Each night I go out there, I go out there for the fans—to make them smile, or make them cry.”

55. “My God, thank you. Thank you very much. I’m almost embarrassed by the response, but when I see this, I know that the twenty five years that I’ve spent trying to make you happy every night of your life was worth every damn minute of it.”

Ric Flair Quotes About Other Wrestlers and Athletes

58. “I was always a fan. But me and Kevin Pattero, he was a friend of mine who trained for the Olympic games in 1972. He and I became very close friends and roommates, and I kind of rode his coattails into the business.”

60. “I think my fondest memories would be with Sting and Steamboat, Dusty, and I made a lot of money wrestling Wahoo McDaniel and Jack Mulligan too. It’d be hard to pinpoint one.”

63. “In Japan, I drew right away. But I was a little bit intimidated until I got used to it, because like wrestling Tsuruta, who was a 1982 Olympian and a big kid with Greco-Roman skills, and all the suplexes and stuff.”

64. “LeBron James is the one that gave me the tag that I was the founder of swag.”

65. “He was so far ahead of his time that I think I would put Dusty Rhodes, in terms of creativity, right along with Vince McMahon.”

68. “I say to them that we are all on a level playing field. Some are better than the guy you’re going to be against. Some of you are the same—have the same ability.”

70. “When you walk through that curtain, they know whether you know who you are because you’re trying to convince them about who you are. But if you don’t know it yourself, it’s hard.”

71. “I went through a period of time where I lost my self-confidence.”

72. “If you ask around today, everybody is great. Everybody is not great. That word is passed around so bad today. There are some good workers out there, but great is a whole different category.”

73. “People love to tell stories that never happened on top of the good and bad.”

74. “It is the best possible thing going on, and therefore, you must learn to adore it in spite of the fact that you might not like it after all.”

75. “When somebody has convinced you that you’re not worth anything to anybody anymore, and they spend a lot of time doing it, you start believing it yourself.”

76. “None of this was written to hurt anybody’s feelings.”

77. “I love the military. They don’t get nearly enough credit for all the hard work they do to protect us, keep us in a safe place so we can enjoy ourselves every day.”

Which of These Ric Flair Quotes Did You Like the Most?

From his over-the-top robes and to his sophisticated lifestyle, the retired American wrestler has left a great legacy. Spanning almost 40 years, his career was sky high and he was described as the greatest professional wrestler of all time

His charisma, skill, and excellent showmanship in and out of the ring won him numerous championships and titles. Because of his legacy, a few towns inside and outside the US even declared a special day named after him.

If you are one who likes to stand out from the crowd, or likes to live a life of glitz and glamour, Ric Flair’s quotes could really inspire you. You too, can have a boost of confidence by reading these quotes.

Which one of these quotes hit you the most? Do you have other favorites? Let us know in the comments section below.