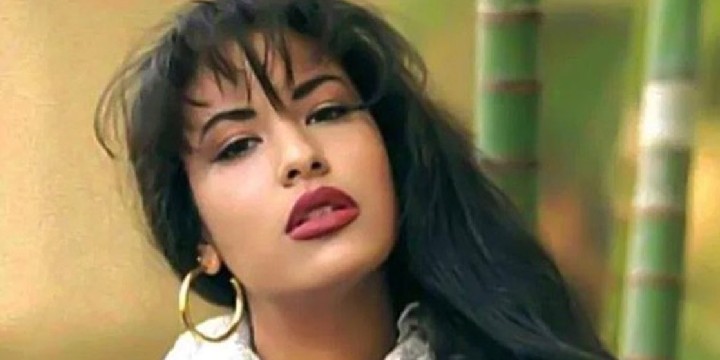 Enjoy these Selena Quintanilla quotes that will prove to you that nothing beats hard work.

Selena Quintanilla, known as the “Queen of Tejano music,” became an inspiration to many at a young age. In a time where the males dominated the music industry, she successfully rose to the top.

After an unfortunate event took her life, her legacy still lives on as an influential woman who strengthened others through her experiences. Learn how she worked her way to be one of the most well-known artists of her time through our collection below!

And make sure to read these Lady Gaga quotes and Madonna quotes.

1. “Always believe that the impossible is always possible.”

3. “My philosophy could be resumed as, life would be very boring if people don’t try to do new things.”

7. “With a positive attitude, you can be anything you want to be.”

8. “If you have the same love, the same interests, and the same respect for each other, things work out great.”

9. “I want to be remembered not only as an entertainer but as a person who cared a lot and I gave the best that I could and I tried to be the best role model that I possibly could.”

11. “I’ve always believed in the saying good things come to those who wait and we’ve been waiting patiently.”

Selena Quintanilla Quotes to Give You Valuable Lessons in Life

12. “People are put into your life for seasons, for different reasons, and to teach you lessons.”

15. “I lost a lot out of my teenagehood but I gained a lot too. I can’t really say that I lost because I got ahead of everyone as far as career and being more mature about business, even though I didn’t know what the heck was going on.”

16. “I don’t feel pressure because I’m not trying to portray something that I’m not.”

18. “We went through a hard time, and we had to turn to music as a means to putting food on the table. And we’ve been doing it ever since. No regrets either.”

19. “You shouldn’t care for somebody just because of the materialistic things that they have, and I’m a firm believer in that.”

20. “Music is not a very stable business. You know it comes and it goes, and so does money. But your education stays with you for the rest of your life.”

21. “The reason I’m really appreciative of everything that’s going on around me is because of the fact that I never expected it, and I want to keep that attitude.”

23. “You have to take what you can get when you’re getting started.”

24. “If you’re gonna be somebody, you need to be a leader, not a follower. Be strong-minded.”

26. “If you work hard to achieve your goals, the rest it’s really easy.”

27. “We got laughed at. My father was told that we would never make it. It’s a gradual, growing process. It’s not like it came overnight.”

28. “All this is a dream to me. Everything, the applause, the fans asking for autographs, the trips, all that is a dream.”

29. “You wish for things to happen when you’re not doing as well and when it comes around, it’s like you wanna slow down. But you have to stop and think about where you came from, you appreciate it even more. It’s better to be working than not working at all.”

Selena Quintanilla Quotes That Will Make You Appreciate Your Family

32. “A lot of people may think it’s difficult to work with family, it’s not.”

33. “What’s cool about our family is that we don’t hold grudges and I think that’s sort of been the key to the success. Ya know we have our disagreements but whether we’re right or wrong we’ll just go and apologize. That’s just the way we are.”

34. “We’re a very unified family. Within the family, we have aggressive and dominating personalities, but we believe the family is the most important thing of all.”

Selena Quintanilla Quotes About Her Realizations as an Artist

35. “The life of an artist is not all glamorous. It’s a lot of work. A lot of people think that it’s very easy. They think you always stay in good hotels, you buy good things, but it is not like that. You have to work very hard like everybody.”

36. “I’m always planning for my future. The public can support an artist or let them fall.”

37. “What I don’t like are arrogant people. We’re all equal. I don’t like it when a person assumes to be better.”

38. “I miss going to school and having friends; that’s normal for anyone my age. I had a very boring childhood because I never had the opportunity to associate with anybody my own age due to my career. I miss being around kids my own age.”

39. “They buy the records, they buy everything. And you have to be grateful to the public in that way to give autographs if they want an autograph, you give them an autograph! It’s not going to take very much of your time, I do it!”

40. “Well, when I am singing I am a completely different person. I could be very free, depending on the situation I could do what I want. I could have to deliver, as with many songs, a lot of emotion if a song is very sad as with a very happy and exciting song. It depends, it depends. Compared to when I am in my, I am normal, like whomever, of the public.”

41. “Each person has their unique talent and I think to be in a group is an honor for me because there aren’t many of us. It’s very difficult at first because life on the road isn’t glamorous but if it’s a lot of hard work to reach your goal, the rest is easy.”

42. “Tejano music was hard for us because I was a girl. My dad had a lot of problems while trying to set up shows for us or presentations because there are a lot of men who don’t think that women can get the attention of the public. But wrong!”

43. “I eat anything, and I’m not preoccupied with my figure. The most important is that the people accept me for my music, not for physical appearances.”

44. “When you’re young and you have the timing and you can memorize a melody then you know there’s a little bit of talent.”

45. “It’s really cool to kind of have people come to me and get excited, you know, I don’t see myself that way.”

46. “Well let’s just say you wouldn’t imagine what my dreams are like, I mean when I was on that stage.”

47. “You get a lot farther in life without drugs.”

48. “I can’t dwell on the negatives. I think positively.”

51. “Family violence concerns us all.”

60. “Aside from music, I love designing. I have to put money into something I like. That is why I have been thinking of the boutiques.”

61. “I’m a workaholic. I have three different businesses in the States.”

62. “Since I was small, when I was in school, I was a business girl. I would buy things to sell, gums for three cents, things like that.”

63. “One thing is that if I ever have children later on, for sure I want my children to know Spanish. It only makes you a better person or even a smarter person to know two languages. If that barrier is not there you can cross both lines, talk to English and Spanish people, and it gets you a lot farther in business and personal communication.”

64. “I feel very proud to be Mexican. I didn’t have the opportunity to learn Spanish when I was a girl, but it’s never too late to get in touch with your roots.”

65. “I’m the happiest I’ve been in a while. So blessed and thankful for the future, for release, and to finally be happy for those I loved.”

66. “I think I’m a very kindhearted person, I don’t like to hurt people’s feelings. If I do, it’s not intentionally and I feel a lot of people nowadays have lost that.”

67. “I’m very proud of my roots and ever since I was little we played English music and country music aside from Tejano. It was something very natural for us.”

68. “Anywhere in the world you go, you find racism, discrimination. Not just in the United States, or in Texas. It’s very sad for me, but that’s the way it is. I can’t change the world by myself. I, being Hispanic, have also faced discrimination. But the world keeps turning.”

69. “I have nothing bad to say about my job. I love the public, I love to talk, get to know people, everything.”

70. “Ever since I was a little girl I dreamed of having a big wedding, with a long white gown and a bouquet of flowers but my love for Chris was so strong. I couldn’t wait any longer for us to be together as husband and wife. I couldn’t even wear my nicest dress because that would’ve made my father suspicious.”

Are You Enjoying the Life You Have?

Life can be cruel sometimes. Just when you feel like you’re living the moment, that’s when it messes you up big time.

Selena Quintanilla’s life emphasized that you must do what you have to do to not feel regretful in the end. Although she only lived for a short while, she left many valuable lessons everyone can surely relate to. One of those impactful lessons teaches us that no dream is impossible to achieve as long as you have the drive to pursue it.

Believe that you can, and you will achieve what you desire. Remember that you are your own knight so learn how to survive for yourself. We hope these quotes were able to motivate you to always fight for what you want.

Which Selena Quintanilla quotes had the most impact on you? Did her words inspire you? Let us know in the comments section below!