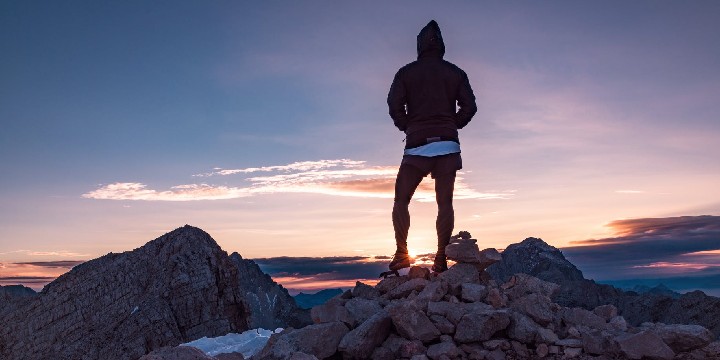 These sports quotes will help you beat all the opponents blocking your way to success!

Sports may seem to be a pastime or just a game to someone, but it’s way more than that for athletes. For them, it is a way of life, and it is something that shapes them to become their best and most successful selves.

But, being legendary or famous like Stephen Curry, Michael Phelps, Usain Bolt, or Michael Jordan doesn’t happen instantly. Before reaching the top, they had to go through many hardships and defeats like everyone else.

So, if you also want to make your mark in the sports industry and be a champion, read the complete list below!

And don’t forget to check out these softball quotes and swimming quotes.

1. “I always felt that my greatest asset was not my physical ability, it was my mental ability.” – Bruce Jenner

2. “The only way to prove that you’re a good sport is to lose.” – Ernie Banks

3. “You’ll score a lot of goals in your career but not one of them will happen without the help of a teammate.” – Abby Wambach

5. “One man practicing sportsmanship is far better than fifty preaching it.” – Knute Rockne

6. “To me the beauty of teamwork is the beauty of our sport, where you have five acting as one. You become selfless.” – Mike Krzyzewski

8. “The only one who can tell you ‘you can’t win’ is you and you don’t have to listen.” – Jessica Ennis-Hill

9. “The five S’s of sports training are: stamina, speed, strength, skill, and spirit; but the greatest of these is spirit.” – Ken Doherty

10. “Wins and losses come a dime a dozen. But effort? Nobody can judge that. Because effort is between you and you.” – Ray Lewis

11. “There are no shortcuts—everything is reps, reps, reps.” – Arnold Schwarzenegger

14. “Do you know what my favorite part of the game is? The opportunity to play.” – Mike Singletary

15. “The harder the battle, the sweeter the victory.” – Les Brown

16. “Gold medals aren’t really made of gold. They’re made of sweat, determination, and a hard-to-find alloy called guts.” – Dan Gable

17. “My motto was always to keep swinging. Whether I was in a slump, or feeling bad, or having trouble off the field, the only thing to do was keep swinging.” – Hank Aaron

18. “You win some, you lose some, and some get rained out, but you gotta suit up for them all.” – J. Askenberg

19. “Champions aren’t made in the gyms. Champions are made from something they have deep inside them—a desire, a dream, a vision.” – Muhammad Ali

21. “You can’t put a limit on anything. The more you dream, the farther you get.” – Michael Phelps

22. “I’ve missed more than 9000 shots in my career. I’ve lost almost 300 games. 26 times, I’ve been trusted to take the game-winning shot and missed. I’ve failed over and over and over again in my life. And that is why I succeed.” – Michael Jordan

23. “Always work hard, never give up, and fight until the end because it’s never really over until the whistle blows.” – Alex Morgan

24. “For me, winning isn’t something that happens suddenly on the field when the whistle blows and the crowds roar. Winning is something that builds physically and mentally every day that you train and every night that you dream.” – Emmitt Smith

26. ​​“Many times, I had to dig deep and perform. All of that adversity helped me and drove me to want to be the best.” – Hayley Wickenheiser

27. “A champion is someone who does not settle for that day’s practice, that day’s competition, that day’s performance. They are always striving to be better. They don’t live in the past.” – Briana Scurry

Motivational Sports Quotes to Give You the Drive You Need

28. “The principle is competing against yourself. It’s about self-improvement, about being better than you were the day before.” – Steve Young

31. “Champions keep playing until they get it right.” – Billie Jean King

32. “Winning is not a sometime thing, it is an all the time thing. You don’t do things right once in a while. You do them right all the time.” – Vince Lombardi

33. “Just keep going. Everybody gets better if they keep at it.” – Ted Williams

34. “Push yourself again and again. Don’t give an inch until the final buzzer sounds.” – Larry Bird

35. “If you don’t fall, how are you going to know what getting up feels like?” – Stephen Curry

36. “Ability may get you to the top, but it takes character to keep you there.” – John Wooden

37. “Never give up, never give in, and when the upper hand is ours, may we have the ability to handle the win with the dignity that we absorbed the loss.” – Doug Williams

39. “You were born to be a player. You were meant to be here. This moment is yours.” – Herb Brooks

40. “How you respond to the challenge in the second half will determine what you become after the game, whether you are a winner or a loser.” – Lou Holtz

41. “You are never really playing an opponent. You are playing yourself, your own highest standards, and when you reach your limits, that is real joy.” – Arthur Ashe

42. “You’ve got to take the initiative and play your game. In a decisive set, confidence is the difference.” – Chris Evert

43. “Obstacles don’t have to stop you. If you run into a wall, don’t turn around and give up. Figure out how to climb it, go through it, or work around it.” – Michael Jordan

Short Sports Quotes That You Should Keep In Mind

44. “Never underestimate the heart of a champion!” – Doc Rivers

48. “It’s not about perfect. It’s about effort.” – Jillian Michaels

49. “It never gets easier. You just get better.” – Jordan Hoechlin

50. “Every champion was once a contender that refused to give up.” – Rocky Balboa

51. “Believe me, the reward is not so great without the struggle.” – Wilma Rudolph

53. “The will to win is important, but the will to prepare is vital.” – Joe Paterno

Great Sports Quotes to Ponder On

59. “You must not only have competitiveness but ability, regardless of the circumstance you face, to never quit.” – Abby Wambach

61. “Pain is temporary. It may last a minute, or an hour, or a day, or a year, but eventually it will subside and something else will take its place. If I quit, however, it lasts forever.” – Lance Armstrong

62. “I hated every minute of training, but I said, ‘Don’t quit. Suffer now and live the rest of your life as a champion.’” – Muhammad Ali

63. “Most people give up just when they’re about to achieve success. They quit on the one-yard line. They give up at the last minute of the game one foot from a winning touchdown.” – Ross Perot

64. “You find that you have peace of mind and can enjoy yourself, get more sleep, and rest when you know that it was a 100% effort that you gave—win or lose.” – Gordie Howe

66. “So many people along the way, whatever it is you aspire to do, will tell you it can’t be done. But all it takes is imagination. You dream. You plan. You reach.” – Michael Phelps

68. “There may be people that have more talent than you, but there’s no excuse for anyone to work harder than you do.” – Derek Jeter

69. “As athletes, we have ups and downs. Unfortunately, you can’t pick the days they come on.” – Deena Kastor

Sports Quotes to Help You Develop a Strong Mindset

73. “You have to expect things of yourself before you can do them.” – Michael Jordan

74. “Excellence is the gradual result of always striving to do better.” – Pat Riley

76. “Wisdom is always an overmatch for strength.” – Phil Jackson

77. “You should never stay at the same level. Always push yourself to the next.” – Marnelli Dimzon

78. “In a growth mindset, challenges are exciting rather than threatening. So rather than thinking, ‘Oh, I’m going to reveal my weaknesses,’ you say, ‘Wow, here’s a chance to grow.’” – Carol Dweck

79. “No matter the circumstances that you may be going through, just push through it.” – Ray Lewis

81. “The most rewarding things you do in life are often the ones that look like they cannot be done.” – Arnold Palmer

82. “The difference between the impossible and the possible lies in a person’s determination.” – Tommy Lasorda

83. “Difficulties in life are intended to make us better, not bitter.” – Dan Reeves

84. “The hardest skill to acquire in this sport is the one where you compete all out, give it all you have, and you are still getting beat no matter what you do. When you have the killer instinct to fight through that, it is very special.” – Eddie Reese

86. “Always make a total effort, even when the odds are against you.” – Arnold Palmer

87. “An athlete cannot run with money in his pockets. He must run with hope in his heart and dreams in his head.” – Emil Zatopek

88. “The more difficult the victory, the greater the happiness in winning.” – Pele

89. “When you’ve got something to prove, there’s nothing greater than a challenge.” – Terry Bradshaw

92. “You’re playing a game, whether it’s Little League or Game 7 of the World Series. It’s impossible to do well unless you’re having a good time. People talk about pressure. Yeah, there’s pressure. But I just look at it as fun.” – Derek Jeter

95. “I’d rather regret the risks that didn’t work out than the chances I didn’t take at all.” – Simone Biles

96. “To uncover your true potential you must first find your own limits and then you have to have the courage to blow past them.” – Picabo Street

98. “Age is no barrier. It’s a limitation you put on your mind.” – Jackie Joyner-Kersee

99. “Life is gonna throw you curveballs and it’s how you deal with them and your attitude and your work ethic.” – Kerri Strug

100. “The best motivation always comes from within.” – Michael Johnson

Do You Have What It Takes to Be a Champion?

Losing and failing are parts of the process of achieving success. That’s why, no matter how sad and disappointed we might be because of these failures, we should never quit or give up.

The journey toward success might be tiring, but you must never lose your motivation. It’s okay to stop for a bit or to take a rest when you feel tired, but always remember to get up again and continue what you’ve started. After all, the time will come when all your hard work will finally pay off!

It’s not easy to have the motivation to keep going, but we hope that these quotes were able to inspire you to not give up and push through no matter how hard things get. Whenever you feel like you’re not destined to be a champion, just take a deep breath and reread the quotes in this collection!

Which quotes are your favorites? Do you have any sports quotes that you want to add? Feel free to list them below!