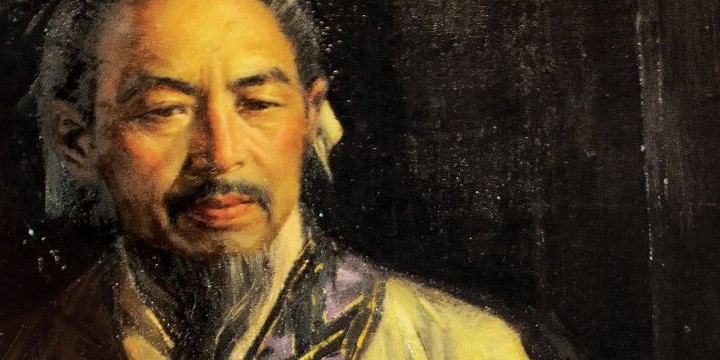 These Sun Tzu quotes will awaken your inner warrior and give you strategies that’ll help you deal with life’s adversities!

Sun Tzu was a legendary historical and military figure in ancient China. His surname is Sun, and Tzu is an honorific title that means “master.”

Because of his many outstanding contributions, he’s regarded as one of the most exceptional war leaders of all time.

To better understand him, read and reflect on his wise quotes. Through his insightful words, you’ll become more courageous in defeating your enemies in life!

Browse our collection below to get some ideas.

And don’t forget to check out these Lao Tzu quotes and the Art of War quotes.

1. “The greatest victory is that which requires no battle.”

2. “He will win who knows when to fight and when not to fight.”

3. “One may know how to conquer without being able to do it.”

4. “Supreme excellence consists of breaking the enemy’s resistance without fighting.”

6. “In the midst of chaos, there is also opportunity.”

7. “Keep your friends close, your enemies even closer.”

9. “Let your plans be dark and as impenetrable as night, and when you move, fall like a thunderbolt.”

12. “Opportunities multiply as they are seized.”

13. “If the mind is willing, the flesh could go on and on without many things.”

15. “Great results can be achieved with small forces.”

16. “Water shapes its course according to the nature of the ground over which it flows; the soldier works out his victory in relation to the foe whom he is facing.”

18. “Thus the expert in battle moves the enemy, and is not moved by him.”

19. “The line between disorder and order lies in logistics.”

21. “Leadership is a matter of intelligence, trustworthiness, humaneness, courage, and sternness.”

22. “The consummate leader cultivates the moral law, and strictly adheres to method and discipline; thus it is in his power to control success.”

24. “If there is disturbance in the camp, the general’s authority is weak.”

25. “We are not fit to lead an army on the march unless we are familiar with the face of the country—its mountains and forests, its pitfalls and precipices, its marshes and swamps.”

28. “Treat your men as you would your own beloved sons. And they will follow you into the deepest valley.”

29. “The art of giving orders is not to try to rectify the minor blunders and not to be swayed by petty doubts.”

30. “Attack is the secret of defense; defense is the planning of an attack.”

33. “Ponder and deliberate before you make a move.”

34. “Knowing the place and the time of the coming battle, we may concentrate from the greatest distances in order to fight.”

35. “Walk in the path defined by rule, and accommodate yourself to the enemy until you can fight a decisive battle.”

37. “One mark of a great soldier is that he fights on his own terms or fights not at all.”

38. “He will win who, prepared himself, waits to take the enemy unprepared.”

39. “Concentrate your energy and hoard your strength.”

40. “If words of command are not clear and distinct, if orders are not thoroughly understood, the general is to blame. But if his orders are clear, and the soldiers nevertheless disobey, then it is the fault of their officers.”

42. “The art of war is of vital importance to the State. It is a matter of life and death, a road either to safety or to ruin. Hence it is a subject of inquiry which can on no account be neglected.”

43. “The supreme art of war is to subdue the enemy without fighting.”

44. “Thus it is that in war the victorious strategist only seeks battle after the victory has been won, whereas he who is destined to defeat first fights and afterward looks for victory.”

46. “Strategy without tactics is the slowest route to victory. Tactics without strategy is the noise before defeat.”

49. “All wars are won or lost before they are ever fought.”

50. “Who does not know the evils of war cannot appreciate its benefits.”

51. “The good fighters of old first put themselves beyond the possibility of defeat, and then waited for an opportunity of defeating the enemy.”

53. “The opportunity of defeating the enemy is provided by the enemy himself.”

54. “Do not engage an enemy more powerful than you. And if it is unavoidable and you do have to engage, then make sure you engage it on your terms, not on your enemy’s terms.”

55. “Do not swallow bait offered by the enemy. Do not interfere with an army that is returning home.”

56. “He who is prudent and lies in wait for an enemy who is not, will be victorious.”

57. “Convince your enemy that he will gain very little by attacking you; this will diminish his enthusiasm.”

58. “The whole secret lies in confusing the enemy so that he cannot fathom our real intent.”

59. “Hold out baits to entice the enemy. Feign disorder, and crush him.”

60. “Winning isn’t enough. The acme of all skills is to defeat your enemy before taking the field.”

61. “What the ancients called a clever fighter is one who not only wins but excels in winning with ease.”

62. “You can be sure of succeeding in your attacks if you only attack places which are undefended.”

63. “If you fight with all your might, there is a chance of life; whereas death is certain if you cling to your corner.”

64. “Carefully compare the opposing army with your own, so that you may know where strength is superabundant and where it is deficient.”

65. “Know yourself and you will win all battles.”

66. “Even the finest sword plunged into salt water will eventually rust.”

69. “When you surround an army, leave an outlet free. Do not press a desperate foe too hard.”

70. “When the outlook is bright, bring it before their eyes; but tell them nothing when the situation is gloomy.”

What Did Sun Tzu Teach You About the Importance of Leadership in War?

When preparing for a battle, all you need is a positive and flexible mind to lead the troops. Despite the possibility of losing, we must realize that we have the ability to win.

Sun Tzu wrote The Art of War, a book about alternatives to war, alliance formation, and the use of deception. It also provides comprehensive advice on how to deal with conflict.

In the 20th century, it gained popularity and practical application in Western society. Though written centuries ago, it continues to influence the world in many aspects, including culture, politics, and modern warfare.

By reading through Sun Tzu’s greatest quotes, we’re able to realize that no matter how well we plan, we will fail if we do not believe in ourselves. Remember that faith and belief are essential in fighting all our life’s battles.

Well, are you ready to go to the battlefield? Which quotes are your favorites? Please, leave a comment below.