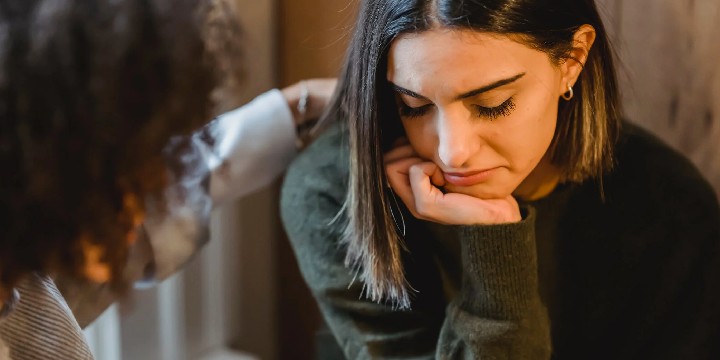 These toxic friends quotes might just help you open your eyes and find a true friend to welcome into your life.

Friends are the closest thing to an extended family that anyone can have. We can seek their advice, guidance, and assistance with any problem that life throws at us.

But, we can’t deny that some friends just aren’t worth our time and attention.

So, do you have friends that you genuinely consider to be real and true to you? If not, this collection will help you decide to cut them out of your life to make room for new and genuine ones.

And don’t forget to check out these toxic people quotes and toxic family quotes.

2. “If a friendship you are in is all about him or her, drop it like a hot potato.” – Anonymous

3. “Enemy: a friend whose mask has fallen.” – Bangambiki Habyarimana

4. “Have no business with frenemies who secretly plot for your downfall.” – Anonymous

5. “Keeping bad company is like being in a germ-infested area. You never know what you’ll catch.” – Frank Sonnenberg

6. “Fire false friends as early as possible. Do it before they dig out the dream seeds you’ve planted! The earlier, the better; the quicker, the safer!” – Israelmore Ayivor

7. “Encourage healthy friendships. Such friendship makes your life better, not a living hell. Find differences and act according to it.” – Anonymous

8. “Losing toxic friends is a great gain as it frees you from their poison.” – Anonymous

9. “I have made a lot of mistakes in my life, and the biggest one is trusting an unworthy person like you. I had never imagined that one bad friend could make me hard to trust anyone.” – Anonymous

12. “Some of the most poisonous people come disguised as friends and family.” – Anonymous

13. “Fake friends—those who only drill holes under your boat to get it leaking; those who discredit your ambitions, and those who pretend they love you, but behind their backs, they know they are in to destroy your legacies.” – Israelmore Ayivor

14. “There are a lot of good people with kind hearts who will never leave your side. So instead of begging some shitty person to stay in life, find someone trustworthy.” – Anonymous

15. “Sometimes, your dearest friend whom you reveal most of your secrets to becomes so deadly and unfriendly without knowing that they were not really your friend.” – Michael Bassey Johnson

Quotes on Removing Toxic Friends From Your Life

16. “Cutting bad friendships out of your life isn’t a selfish act but a noble act of self-care.” – Anonymous

17. “You don’t lose friends, because real friends can never be lost. You lose people masquerading as friends, and you’re better for it.” – Mandy Hale

18. “Wounds are caused by bad people and bad friends. Sometimes, they heal easily while some sleep now and then. So, be careful who you let in your life.” – Anonymous

19. “Better be alone than in the wrong company.” – Anonymous

20. “Simplify your life by clearing out negative friends and habits that take you nowhere.” – Anonymous

21. “It took me way too long to realize that you shouldn’t stay friends with people who never ask how you’re doing.” – Drew Monson

22. “Unsubscribe from all fake friendships whose mission is to make your life miserable like theirs.” – Anonymous

23. “Fire failure by fighting falsehood. Forget the fears; fix the future; flee from fake friends. There is nothing called a half-truth. Whatever it looks like, a lie is a lie!” – Israelmore Ayivor

24. “If you walked away from a toxic, negative, abusive, one-sided, dead-end low vibrational relationship or friendship—you won.” – Lalah Delia

25. “You got nothing to lose. You don’t lose when you lose fake friends.” – Joan Jett

26. “Cutting toxic friends or friendships out of your life doesn’t mean you hate them. It’s just that you respect and value yourself too much to be in the wrong company.” – Anonymous

28. “The end of our friendship is just another beginning of a worthy friendship. I just need to find a person who is way better than you, and I think that will be an easy job since you set the bar so low.” – Anonymous

29. “Know which of your friends are more valuable.” – Anonymous

31. “‘Goodbye’ is the best ever gift that you can receive from your worst friends. Never hesitate to wave it back. Be bold to say ‘no’ to what always keeps you static!” – Israelmore Ayivor

32. “A friend who stands with you in pressure is more valuable than a hundred ones who stand with you in pleasure.” – Edward Bulwer-Lytton

33. “In certain circumstances, the best way of getting rid of noxious friendships is to move on without them without giving any closure.” – Anonymous

34. “If you know what you believe and why you believe it, you’ll avoid poisonous relationships, toxic jobs, fair-weather friends, and any number of ills that afflict people who haven’t thought through their deepest concerns.” – Ryan Holiday

35. “Don’t ever feel guilty about firing toxic friends out of your life if they don’t want to change.” – Anonymous

36. “Be careful who you share your weaknesses with. Some people can’t wait for the opportunity to use them against you.” – Anonymous

37. “Toxic friends and arsenic are one and the same thing in that they slowly poison you with their negative toxic energy.” – Anonymous

38. “Remove bad friendships out of your life if you want better ones that will help you grow.” – Anonymous

Quotes That Motivate You to Get Rid of Toxic Friends

40. “If you choose bad companions, no one will believe that you are anything but bad yourself.” – Aesop

41. “It makes no sense to try to extend a friendship that was only meant to be a season into a lifetime.” – Mandy Hale

42. “I no longer have the energy for meaningless friendships, forced interactions or unnecessary conversations.” – Joquesse Eugenia

43. “Friendships are meant to be enjoyable, not tense or anxiety-provoking.” – Anonymous

44. “If there is a particular person in your life that is repeatedly choosing not to honor you and is causing you more sadness or pain than they are joy, it might be time to release that friendship back to God and trust that it is not where you belong.” – Mandy Hale

47. “False friendship, like the ivy, decays and ruins the walls it embraces; but true friendship gives new life and animation to the object it supports.” – Richard Burton

49. “If the only way you can fit in with your friends is by doing bad things, you need some new friends.” – Anonymous

50. “Look around you at the people you spend the most time with and realize that your life can’t rise any higher than your friendships.” – Mandy Hale

51. “You need to give closure to all bad friendships in your life which have been deflowered by their own toxicity.” – Anonymous

52. “Don’t abuse your friends and expect them to consider it criticism.” – E. W. Howe

53. “A fake friend likes to see you do well, but not better than them.” – Anonymous

54. “One fake friend is more dangerous than one hundred enemies.” – Shaquib Shaikh

56. “I hate when people talk shit about each other then pretend they are best friends. You’re fake and I hate you.” – Anonymous

58. “It is better to have an enemy who honestly says they hate you than to have a friend who’s putting you down secretly.” – Anonymous

59. “We never lose friends. We simply learn who the real ones are.” – Anonymous

60. “Fake friends are like shadows. They follow you in the sun but leave you in the dark.” – Anonymous

61. “An honest enemy is better than a best friend who lies.” – Vandi Tanko

62. “If you wanna find out who’s a true friend, screw up or go through a challenging time—then see who sticks around.” – Karen Salmansohn

64. “Your inner circle matters. Let it not be filled with negative people.” – Anonymous

65. “Be careful of who you pick as a friend, most people pretend to listen, but are only gathering information to judge you with.” – Anonymous

66. “Some people are willing to betray years of friendship just to get a little bit of the spotlight.” – Lauren Conrad

67. “Growing up means realizing a lot of your friends aren’t really your friends.” – Anonymous

68. “Friends are supposed to be there for you when you cry, not be the reason you cry.” – Anonymous

70. “Don’t fear the enemy that attacks you, but the fake friend that hugs you.” – Anonymous

Quotes That Will Tell You More About Toxic Friends

71. “Toxicity at work, relationship or in life works as a slow poison which often ends its survivors as disillusioned or embittered.” – Abhysheq Shukla

72. “Always sleep with one eye open. Never take anything for granted. Your best friends might just be your enemies.” – Sara Shepard

73. “Be careful what you tell people. The friend today could be your enemy tomorrow.” – Anonymous

74. “Friendship is delicate as a glass, once broken it can be fixed but there will always be cracks.” – Waqar Ahmed

75. “The attitude you pose is greatly influenced by the links of friendships you bookmark. Good friends, good attitudes; best friends, best attitudes. Guess what for toxic friends!” – Israelmore Ayivor

77. “It’s so funny that most people who claim to be your friends want to see you miserable in secret.” – Anonymous

78. “Do you ever feel like you aren’t even friends with some of your friends?” – Anonymous

79. “Bad friends are selfish, they rarely care about your problems and will walk away when in trouble.” – Anonymous

80. “A true friend never gets in your way unless you happen to be going down.” – Arnold H. Glasow

How Will You Confront and Remove Toxic Friends From Your Life?

Having good friends who love and care about you is essential for your physical and mental health. However, you become completely messed up when surrounded by the wrong types of friends who bring you down.

Some mean and selfish friends are only interested in themselves. They want the focus to be on them, and they do this by deceiving you, lowering your self-esteem, manipulating you, and attempting to control you.

You don’t have to keep hanging out with toxic people for the rest of your life, do you? So, learn to stand up for yourself because they aren’t worth your time, love, and care.

Find the real ones and be true to yourself. There are a lot of people who will love and appreciate you!

Are you ready to let your toxic friends go? Which quotes are your favorites? Leave a comment down below.