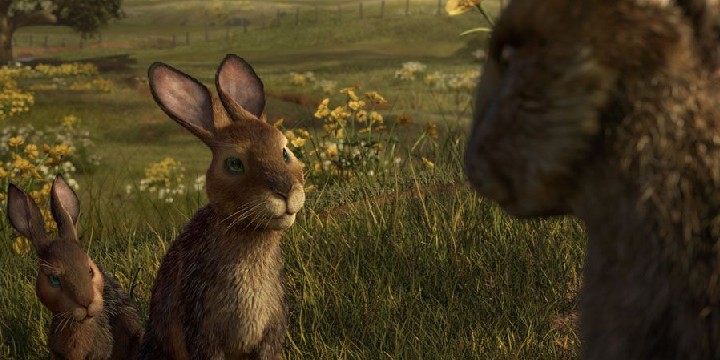 We’ve gathered these amazing Watership Down quotes that talk about everything from adventure, death, regrets, life, and more.

Richard Adams wrote the story of Watership Down. The book tells the epic adventure of a group of rabbits on the hunt for a new home.

Let’s join their journey as they undergo various challenges that will test their limits. We’re sure you’ll be fascinated with everything the characters have to teach you about life and everything in between. So, if you’re curious to find out more, make sure you add this to your must-read list!

Let’s jump right into it.

And don’t forget to check out these Velveteen Rabbit quotes and The Lorax quotes.

1. “You know how you let yourself think that everything will be alright if you can only get to a certain place or do a certain thing, but when you get there you find it’s not that simple?” – Holly

2. “All the world will be your enemy, Prince with a Thousand Enemies, and whenever they catch you, they will kill you. But first, they must catch you, digger, listener, runner, prince with the swift warning. Be cunning and full of tricks and your people shall never be destroyed.” – Frith

3. “If they have to fight, they fight; and if they have to kill, they kill. But they don’t sit down and set their wits to work to devise ways of spoiling other creatures’ lives and hurting them. They have dignity and animality.” – Hazel

4. “They forgot the ways of the wild rabbits.” – Fiver

5. “He fought because he actually felt safer fighting than running.” – Holly

6. “If there’s going to be a story, don’t you think I’ve got as good a right as anyone to choose it?” – Bigwig

8. “There’s terrible evil in the world. It comes from men.” – Holly

9. “Prince Rabbit, if you cannot control your people, I shall find ways to control them.” – Frith

10. “My people are the strongest in the world.” – El-ahrairah

12. “Men will never rest till they’ve spoiled the earth and destroyed the animals.” – Holly

13. “El-ahrairah, your people cannot rule the world, for I will not have it so.” – Frith

15. “My Chief Rabbit has told me to stay and defend this run, and until he says otherwise, I shall stay here.” – Bigwig

19. “You needn’t worry about them. They’ll be all right, and thousands like them. If you come along now, I’ll show you what I mean.” – El-ahrairah

21. “You can nearly always find someone to punish if you try hard enough.” – Captain Chervil

22. Dandelion: “If we meet again, Hazel-rah, we’ll have the making of the best story ever!”

25. “You can’t call your life your own, and in return, you have safety—if it’s worth having at the price you pay.” – Holly

26. “All other elil do what they have to do and Frith moves them as he moves us. They live on the earth and they need food.” – Holly

Watership Down Quotes That Will Tell You More About Rabbits

27. “The rabbits became strange in many ways, different from other rabbits.” – Fiver

28. “They knew well enough what was happening. But even to themselves, they pretended that all was well, for the food was good, they were protected, they had nothing to fear but the one fear; and that struck here and there, never enough at a time to drive them away.” – Fiver

29. “You say buck rabbits don’t dig—but they could if they wanted to.” – Blackberry

30. “For the first time ever, rabbits didn’t go scurrying away.” – Groundsel

31. “A rabbit who does not know when a gift has made him safe is poorer than a slug, even though he may think otherwise himself.” – El-ahrairah

32. “They’d altered what rabbits do naturally because they thought they could do better.” – Blackberry

34. “A lot of your rabbits are unhappy now and it’s all you can do to control them, but with this plan, you’d soon see a difference.” – Woundwort

35. “I have learned that with creatures one loves, suffering is not the only thing for which one may pity them.” – El-ahrairah

36. “I think we ought to do all we can do to make these creatures friendly. It might turn out to be well worth the trouble.” – Hazel

37. “If a rabbit gave advice and the advice wasn’t accepted, he immediately forgot it, and so did everyone else.” – Hyzenthlay

38. “I know there’s been some trouble, but the best thing will be to try to forget it.” – Hazel

Watership Down Quotes About Men and Survival

42. “He was trying to do something that Frith never meant any rabbit to do.” – Holly

43. “Think of the miles of danger. Everyone’s frightened and tired as it is.” – Hazel

44. “Come back, you fools! Dogs aren’t dangerous! Come back and fight!” – Woundwort

45. “That wasn’t why they destroyed the warren. It was just because we were in their way. They killed us to suit themselves.” – Holly

48. “Something to give us shelter at a pinch. Let’s go up to the copse and look round. We might as well take our time and make quite sure where we’d like to have them. We don’t want to have to do the work twice.” – Hazel

49. “My heart has joined the Thousand, for my friend stopped running today.” – Hazel

51. “I know it’s wrong to ask for even more now, but my people are in terrible danger. I propose a bargain: my life for theirs.” – Hazel

52. “Rabbits need dignity and above all the will to accept their fate.” – Silverweed

53. “There is not a day or night but a doe offers her life for her kittens, or some honest captain of Owsla his life for his Chief Rabbit’s. Sometimes it is taken, sometimes it is not. But there is no bargain, for here, what is, is what must be.” – Frith

Hazel: “By yourself, alone? You’ll die!”

Watership Down Quotes to Give You Insight on Grief and Regrets

59. “We weren’t good enough for the General.” – Groundsel

64. “You see this? They did it to me. It’s an identification mark. Tells you when you can be above ground.” – Holly

65. Fiver: “I am sorry for you with all my heart; but you cannot blame us, for you came to kill us if you could.”

Vervain: “Blame you? Blame you for what?”

Watership Down Quotes That Highlight Leadership

69. “He made rabbits bigger than they’ve ever been—braver, more skillful, more cunning.” – Groundsel

71. “If my authority goes, where will yours be in half a day.” – Woundwort

73. “I told you I would kill you myself! There’s no white bird here, Bigwig.” – Woundwort

77. “Fancy her, do you? She’s called Hyzenthlay. But I’d look elsewhere if I were you; she’s a troublemaker. The Council’s got their eye on her.” – Chervil

79. “Look, Bigwig, when have I ever asked to see the chief rabbit before?” – Hazel

87. “I was so tired and confused, I actually began to wonder whether you knew where you were going. I could hear you in the heather, saying ‘Not far now,’ and it was annoying me. I thought you were making it up. I should have known better. Frithrah, you’re what I call a Chief Rabbit!” – Blackberry

Watership Down Quotes About Finding the Place Where You Belong

90. “Oh, but you don’t understand. The system is breaking down.” – Hyzenthlay

92. “Look. Look. That’s the place for us. High, lonely hills, where the wind and the sound carry, and the ground’s as dry as straw in a barn. That’s where we ought to be. That’s where we have to get to.” – Fiver

93. “What’s happening back home, I wonder? Think, when we lived in our own burrows? Dry, soft, warm bodies.” – Pipkin

95. “Embleer Frith, you fools! That warren’s nothing but a death hole! Yes, let’s help ourselves to a roof of bones!” – Fiver

97. “Men came. Filled in the burrows. Couldn’t get out. There was a strange sound. Hissing. The air turned bad. Runs blocked with dead bodies. I couldn’t get out. Everything turned mad. Warren, herbs, roots, grass, all pushed into the earth.” – Holly

99. “I’m from a warren where life is free. Where you can do as you wish. I’ve come to bring you all out of Efrafa.” – Bigwig

100. “It keeps getting worse and worse wherever we go. Where are we going?” – Silver

101. “Hazel. Hazel—you know me, don’t you? I’ve come to ask if you’d like to join my Owsla. We shall be glad to have you, and I know you’d like it. You’ve been feeling tired, haven’t you? If you’re ready, we might go along now.” – El-ahrairah

Watership Down Quotes to Remind You of the Story

103. “We could put Fiver and Pipkin on it and make it float again. It might go across the river. Can you understand?” – Blackberry

104. “There’s something very queer about the warren this evening.” – Fiver

105. “You pay for it! The food, the warren, but no one must ever ask where anyone was or speak of the wires!” – Fiver

108. “Let’s remember it. It might come in handy again sometime.” – Blackberry

Noteworthy Watership Down Quotes From the Novel

131. “Rabbits live close to death and when death comes closer than usual, thinking about survival leaves little room for anything else.” – Richard Adams, Author

132. “Human beings say, ‘It never rains but it pours.’ This is not very apt, for it frequently does rain without pouring. The rabbits’ proverb is better expressed. They say, ‘One cloud feels lonely,’ and indeed it is true that the sky will soon be overcast.” – Richard Adams, Author

133. “The rabbits mingled naturally. They did not talk for talking’s sake, in the artificial manner that human beings and sometimes even their dogs and cats do.” – Richard Adams, Author

134. “To rabbits, everything unknown is dangerous.” – Richard Adams, Author

135. “They want to be natural, the anti-social little beasts. They just don’t realize that everyone’s good depends on everyone’s cooperation.” – Richard Adams, Author

136. “There is nothing that cuts you down to size like coming to some strange and marvelous place where no one even stops to notice that you stare about you.” – Richard Adams, Author

137. “To come to the end of a time of anxiety and fear! To feel the cloud that hung over us lift and disperse—the cloud that dulled the heart and made happiness no more than a memory! This at least is one joy that must have been known by almost every living creature.” – Richard Adams, Author

138. “Then his sense of adventure and mischief prompted him. He would go himself and bring back some news before they even knew that he had gone. That would give Bigwig something to bite on.” – Richard Adams, Author

139. “Many human beings say that they enjoy the winter, but what they really enjoy is feeling proof against it.” – Richard Adams, Author

140. “Some rabbits say he controls the weather, because the wind, the damp, and the dew are friends and instruments to rabbits against their enemies.” – Richard Adams, Author

Will You Take the Risk for a Better Future?

The world is a cruel place for all creatures in all shapes and sizes. Finding the perfect environment to live freely and be yourself is a difficult task.

There will be times when you feel like you’re going nowhere, but that’s part of the journey. You can never achieve what you desire without taking risks. That is how great people succeed.

Just like this group of rabbits who went on their way to discover freedom, courage, and friendship, we must also be brave enough to live our day-to-day lives as freely as possible. There is so much more in life to see and experience, so live your life how you want it to be.

Were you able to relate to their feelings? Which quote struck you the most? Please, let us know in the comments below.