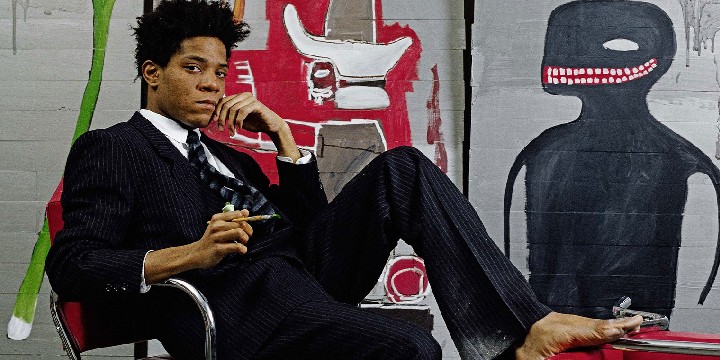 We’ve compiled a list of our favorite Jean-Michel Basquiat quotes to teach you about life, creativity, and art.

Jean-Michel Basquiat was a Haitian and Puerto Rican-born American artist. His iconic paintings, which featured various enigmatic symbols, made him one of the most famous artists of his time.

You can learn about what art is and what inspired him to pursue his passion through his quotes. Read and enjoy discovering his life and legacy!

And don’t forget to check out these Pablo Picasso quotes and Vincent van Gogh quotes.

1. “I think there’s a lot of people that are neglected in art.”

2. “I don’t listen to what art critics say. I don’t know anybody who needs a critic to find out what art is.”

3. “If you wanna talk about influence, man, then you’ve got to realize that influence is not influence. It’s simply someone’s idea going through my new mind.”

4. “I start a picture and I finish it. I don’t think about art while I work. I try to think about life.”

5. “Graffiti has a lot of rules in it as to what you can do and what you can’t do, and I think it’s hard to make art under those conditions.”

6. “I cross out words so you will see them more; the fact that they are obscured makes you want to read them.”

7. “The more I paint the more I like everything.”

8. “The Black person is the protagonist in most of my paintings. I realized that I didn’t see many paintings with Black people in them.”

9. “I like kids’ work more than work by real artists any day.”

10. “SAMO as an end to mind wash religion, nowhere politics and bogus philosophy.”

12. “Most young kings get their heads cut off.”

14. “Every single line means something.”

15. “Fire will attract more attention than any other cry for help.”

19. “I like to have information rather than just have a brushstroke. Just to have these words to put in these feelings underneath.”

20. “Occasionally, when I get mad at a woman, I’ll do some great, awful painting about her.”

21. “I want to make paintings that look as if they were made by a child.”

22.“I have a painting where somebody’s holding a chicken, and underneath the chicken is somebody’s head.”

23. “For a while, I was drawing on good paper, but now I’ve gone back to the bad stuff. If you put matte medium on it, it seals up, so it doesn’t really matter.”

24. “At that point, an artist was somebody who could draw, but my ideas have changed since then. Now, I see an artist as something a lot broader than that.”

25. “I had some money, I made the best paintings ever. I was completely reclusive, worked a lot, took a lot of drugs. I was awful to people.”

26. “I thought I wanted to be a cartoonist when I was younger and then I changed to painting when I was about 15 or so.”

27. “I’d think about all my heroes, Charlie Parker, Jimi Hendrix—I had a romantic feeling about how these people became famous.”

28. “I was a really lousy artist as a kid. Too abstract expressionist; or I’d draw a big ram’s head, really messy.”

31. “I played a guitar with a file and a synthesizer.”

35. “I had very few friends. There was nobody I could trust.”

38. “My basic influence had probably been Peter Max.”

39. “I have done only two portraits: one of the artist Francesco Clemente and another of Andy Warhol.”

42. “The country makes me more paranoid, you know? I think the crazy people out there are a little crazier.”

45. “Charles Saatchi has never liked my work at all.”

46. “I was making art in an airplane once. I was copying some stuff out of a Roman sculpture book. This lady said, ‘Oh what are you studying?’ I said, ‘It’s a drawing.”

47. “I’d never win painting contests. I remember losing to a guy who did a perfect Spiderman.”

48. “I was inspired by John Cage at the time—music that isn’t really music. We were trying to be incomplete, abrasive, oddly beautiful.”

50. “I haven’t decided what party in the world isn’t going to get blown up so I don’t know where to put it.”

What Did These Jean-Michel Basquiat Quotes Teach You About Greatness and Pursuing Your Passions?

Jean-Michel Basquiat was a neo-expressionist painter and cultural icon. He was also the youngest artist to have his work displayed at the Whitney Biennial in New York.

Basquiat left his family after a few years to pursue his passions and dreams. Later, he developed a drug addiction and lost control of himself. He was discovered dead as a result of a drug overdose.

We can learn a few things from this enigmatic artist. Some of them include believing in ourselves, doing what makes us happy, and never losing our inner child. So, don’t let anything hold you back and do what makes you happy.