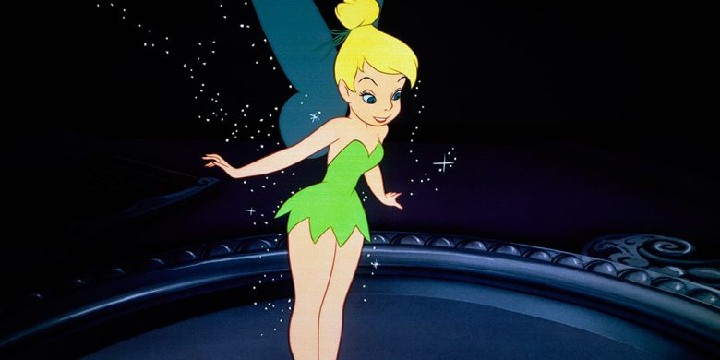 Read these Tinker Bell quotes to learn more about this lovely fairy and get valuable lessons about love, dreams, and friendship.

Tinker Bell is a well-known fictional character who first appeared in the 1904 play, Peter Pan. Later, in 1911, it was novelized. Tinker Bell also appeared in a number of her self-titled films and books.

Do you know why she’s adored by people of all ages? To find out, check out this collection of Tinker Bell quotes from her most well-known films.

And make sure to read these Peter Pan quotes.

1. “When life makes you cry a hundred times, you have to smile a thousand times. This way, you will be able to overcome your sorrow and be happy forever.” – Tinker Bell

2. “You all do things that are beautiful and magical and important. But me—there’s gotta be more to my life than just pots and kettles.” – Tinker Bell

3. “Your talent makes you who you are, you should be proud of it.” – Tinker Bell

5. “Fairies have to be one thing or the other because being so small they unfortunately have room for one feeling only at a time.” – Tinker Bell

7. “There’s a whole other world over there.” – Tinker Bell

8. “Well, I was thinking. Why do I have to be a tinker? Just because some silly hammer glowed? I mean, who’s to say it wasn’t just some big mistake? Maybe I can just switch my talent!” – Tinker Bell

9. “Laughter is timeless. Imagination has no age. Dreams are forever.” – Tinker Bell

11. “Just needs a little something more, but I haven’t quite figured out what that sparky wire does.” – Tinker Bell

12. “If you can’t imagine yourself being Peter Pan, you won’t be Peter Pan, so eat up.” – Tinker Bell

13. “Oh remember, Peter? The world was ours. We could do everything or nothing. All it had to be was anything ’cause it was always us.” – Tinker Bell

14. “Most importantly, we need to find lost things.” – Tinker Bell

16. “I mean, tinkers help fairies of every talent, too. So we’re kind of the same, you know?” – Tinker Bell

17. “Try and tell me tinkers don’t matter. I’ll show her what a rare talent really is.” – Tinker Bell

20. “Well, I do, remember? I want to see where these things come from. Why are you saying this? Are you just giving up on me?” – Tinker Bell

21. “At least now I’m trying to help! Have you ever helped anyone besides yourself?” – Tinker Bell

22. “When I go to the mainland, I’ll prove just how important we are.” – Tinker Bell

25. “If you really want me to be happy, you’ll help me get to the mainland as you promised.” – Tinker Bell

26. “Tink, you are more precious to me as compared to anything else on earth.” – Peter Pan

27. “After all, tinker fairies learn from their mistakes.” – Fairy Mary

28. “Your talent is of no use unless you try to manifest it.” – Queen Clarion

29. “Tink happens to be more valuable to me unlike any other thing out there.” – Peter Pan

30. “Tinker Bell, you are quite a rare talent indeed.” – Fairy Mary

Beautiful Tinker Bell Quotes That Will Touch Your Heart

31. “You just think lovely wonderful thoughts and they lift you up in the air.” – Peter Pan

32. “All things usually end on a happy note, and if this one is also like that I won’t be surprised by any means.” – Peter Pan

33. “I know. Even our wings are identical. That’s why they sparkle. Let’s show them.” – Tinker Bell

Interesting Quotes and Lines From Tinker Bell and the Lost Treasure

36. “For worldly things will fade away as seasons come and go. But the treasure of true friendship will never lose its glow.” – Tinker Bell

37. “Think of the happiest things, it’s the same as having wings.” – Tinker Bell

38. “The greatest treasures are not gold, nor jewels, nor works of art. They’re held within your heart.” – Tinker Bell

41. “It’s a good thing we were walking or we might never have seen these.” – Tinker Bell

42. “There is no fairy who does not love children.” – Tinker Bell

47. “It’s so beautiful out here. I can’t believe we get to stay for the whole season.” – Tinker Bell

49. “Vidia, this is amazing! It’s a carriage that moves by itself! There’s no horse. Seriously, look.” – Tinker Bell

50. “Look! We can use these back at camp! Wow. These’ll be perfect for the new wagon prototype I’ve been working on. Here. I bet if I took two or three and tied them together, I could make one really strong wheel!” – Tinker Bell

52. “Lizzy, thanks for showing me your collection.” – Tinker Bell

54. “Lizzy’s father trapped Vidia in a jar while she was saving me.” – Tinker Bell

55. “I had no idea fairies were responsible for changing the seasons. I thought it had something to do with the earth’s axis as it rotated around the sun.” – Lizzy

58. Silvermist: “It’s like you found the perfect lost thing.”

Tinker Bell: “And I’m never going to lose her.”

59. “Like the Winter Woods was calling me. You know?” – Tinker Bell

61. “No! I just met my sister I never knew I had and I’m going to say goodbye forever? Are you kidding?” – Tinker Bell

62. “Her name’s Periwinkle. She’s a frost fairy, and she’s just amazing. I’m making this machine so she can come here and meet you all, and after that, we’ll go straight to Queen Clarion!” – Tinker Bell

Periwinkle: “I call them found things.”

64. “They wanted to surprise you. Everyone, this is Periwinkle, my sister.” – Tinker Bell

Nostalgic Quotes and Lines From Tinker Bell and the Pirate Fairy

66. “Trust a fairy and she will never betray you.” – Tinker Bell

67. “That’s right, Peter, second star to the right and straight on till morning.” – Tinker Bell

68. “Right. They must have captured her, forced her to take the dust. Well, we have to rescue her.” – Tinker Bell

69. “Great, now there are pirates. Maybe they’re nice pirates. Right. They must have captured her, forced her to take the dust. Well, we have to rescue her.” – Tinker Bell

72. “Wait a minute. Do you realize what this means? Oh, my gosh! Zarina switched our heads! No. No, no, no. She switched our talents.” – Tinker Bell

76. “It looks like—The Pixie Dust Tree back home. Zarina must have grown it. So, that’s how they’re going to fly. She’s going to make pixie dust.” – Tinker Bell

77. “What happened? The last thing I remember was Zarina throwing that dust at us.” – Tinker Bell

Tinker Bell Quotes That Are Both Funny and Serious From Hook

84. “You’re a—you’re a complex Freudian hallucination having something to do with my mother, and I don’t know why you have wings, but you have very lovely legs, and you’re a very nice tiny person and what am I saying, I don’t know who my mother was; I’m an orphan, and I’ve never taken drugs because I missed the 60’s, I was an accountant.” – Peter Pan

85. “The smell of someone who has ridden the back of the wind, Peter. The smell of a hundred fun summers, with sleeping in trees and adventures with Indians and Pirates.” – Tinker Bell

89. “Well, whoever you are, it’s still you, ’cause only one person has that smell.” – Tinker Bell

92. “Well, I don’t know. I’m just the dust-keeper guy. I’m not exactly seen as the most important fairy in Pixie Hollow.” – Terence

94. “If you could teach me your talent—any of them—maybe I can show the queen that I can work with nature too! And then she’d let me go to the mainland for spring!” – Tinker Bell

Bobble: “Must be. He always comes when we yell it.”

98. “I believe in what is real. And it’s about time you started doing the same.” – Dr. Griffiths

Periwinkle: “Bug? It’s too cold for bugs over here, but in one of Dewey’s books, I read about butterflies.”

102. “One thing is certain that there are plenty of fairies in the presence of the children.” – Narrator

103. “Every fairy has an affinity for the kids from the bottom of their hearts.” – Narrator

104. “Never give in to the sorrows of life; always smile as much as possible and remain happy.” – J.M. Barrie, Author

105. “When the first baby laughed for the first time, its laugh broke into a thousand pieces, and they all went skipping about, and that was the beginning of fairies.” – J.M. Barrie, Author

107. “A fairy will offer you unfathomable happiness.” – J.M. Barrie, Author

109. “Almost the only thing for certain is that there are fairies wherever there are children.” – J.M. Barrie, Author

110. “And every time a child says ‘I don’t believe in fairies,’ there’s a fairy someplace that falls down dead.” – J.M. Barrie, Author

Tinker Bell is usually dressed in green, with blue eyes and blonde hair. She is referred to as a “tinker” and is shown to be extremely skilled, gifted, and talented.

As a fairy, she can fly and create pixie dust, which enables other creatures to fly. She can get into trouble or be clumsy, but you never know what she’ll do next. This makes her character very exciting, unpredictable, and relatable.

This adorable little fairy teaches us big life lessons. From her, we learn that we can be whoever we want to be. She also reminds us that friends should always be there for us, and we should always find joy in what we do.

Did you feel the magic while reading our collection? Which quotes are your favorites? Comment down below.