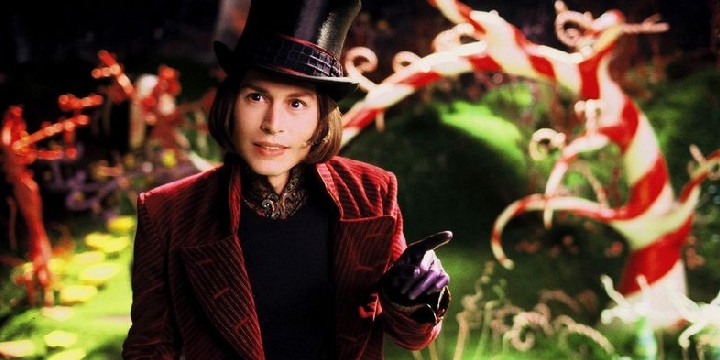 These top 35 Charlie and the Chocolate Factory quotes will make you appreciate your family more than ever!

Do you also imagine yourself opening a chocolate bar that had a golden ticket on it? If you love Charlie and the Chocolate Factory, you might relate to this, especially if you’re a die-hard fan. Also, let’s all admit that no one will want to miss the chance to see Will Wonka’s chocolate factory and try some of his delectable sweets.

Charlie and the Chocolate Factory is an adaptation of a book by Roald Dahl. It was first released in 1971, featuring Gene Wilder. After three decades, this version was produced, starring Johnny Depp.

The story is about Willy Wonka, best known for his legendary candy factory. One day, he realized that he was getting older and had to think about what would happen to the factory when he died. So, he invited five children to visit the factory, hoping one of them would become the suitable heir.

While looking for the right person, many exciting and unforgettable things happen inside this beautiful place. So, if you’re curious about their adventures, check out the whole collection below.

And make sure to read these Willy Wonka quotes.

1. “In the end, Charlie Bucket won a chocolate factory. But Willy Wonka had something even better, a family. And one thing was absolutely certain; life had never been sweeter.” – Narrator

2. Grandpa George: “The kids who are going to find the golden tickets are the ones who can afford to buy candy bars every day! Our Charlie gets only one a year. He doesn’t have a chance.”

Grandma Josephine: “Everyone has a chance, Charlie.”

3. Willy Wonka: “I don’t feel so hot. What makes you feel better when you feel terrible?”

4. Charlie Bucket: “What do you have against my family?”

Willy Wonka: “It’s not just your family, it’s the whole idea of—you know, they’re always telling you what to do, what not to do, and it’s not conducive to a creative atmosphere!”

Charlie Bucket: “Usually, they’re just trying to protect you because they love you.”

5. Willy Wonka: “Do you like my meadow? Try some of my grass! Please have a blade. Please do; it’s so delectable and so darn good-looking!”

Charlie Bucket: “You can eat the grass?”

Willy Wonka: “Of course, you can! Everything in this room is eatable. Even I’m eatable! But that is called ‘cannibalism,’ my dear children, and is, in fact, frowned upon in most societies.”

6. “Did you guys know that chocolate contains a property that triggers the release of endorphins? Gives one the feeling of being in love.” – Willy Wonka

12. “I’ve always made whatever candy I felt like, and I—that’s just it, isn’t it? I make the candy I feel like, but now I feel terrible, so the candy’s terrible.” – Willy Wonka

13. Willy Wonka: “I invited five children into the factory, and the one who is the least rotten would be the winner.”

Willy Wonka: “So, what do you say? Are you ready to leave all this behind and come live with me at the factory?”

Charlie Bucket: “Sure. Of course. I mean, it’s all right if my family comes too?”

Willy Wonka: “Oh, my dear boy, of course, they can’t. You can’t run a chocolate factory with a family hanging over you like an old, dead goose. No offense.”

Grandpa George: “None was taken, jerk.”

Willy Wonka: “A chocolatier has to run free and solo. He has to follow his dreams. Gosh, darn, the consequences. Oh, look at me. I had no family, and I’m a giant success.”

Charlie Bucket: “So if I go with you to the factory, I won’t ever see my family again?”

Charlie Bucket: “Then I’m not going. I wouldn’t give up my family for anything. Not for all the chocolate in the world.”

Willy Wonka: “Oh, I see. That’s weird. There’s other candy, too, besides chocolate.”

Willy Wonka: “Wow. Well, that’s just—unexpected and weird. But I suppose, in that case, I’ll just—goodbye then. Sure you won’t change your mind?”

Charlie and the Chocolate Factory Quotes That Every Fan Should Read

14. “This is a story of an ordinary little boy named Charlie Bucket. He was not faster, stronger, or more clever than other children. His family was not rich or powerful, or well-connected; in fact, they barely had enough to eat. Charlie Bucket was the luckiest boy in the entire world. He just didn’t know it yet.” – Narrator

15. “Indeed, that very night, the impossible had already been set in motion.” – Narrator

Willy Wonka: “Then I’ll run away! To Switzerland! Bavaria! The candy capitals of the world!”

Willy Wonka: “That pipe, it just so happens to lead directly to the room where I make the most delicious kind of strawberry-flavored chocolate-coated fudge.”

Mrs. Gloop: “Then he will be made into strawberry-flavored chocolate-coated fudge? They’ll be selling him by the pound all over the world?”

Willy Wonka: “No, I wouldn’t allow it. The taste would be terrible. Can you imagine Augustus-flavored chocolate-coated Gloop? Ew. No one would buy it.”

Willy Wonka: “Were you one of those despicable spies who every day tried to steal my life’s work and sell it to those parasitic copycat candy-making cads?”

Willy Wonka: “Then wonderful, welcome back.”

Charlie and the Chocolate Factory Quotes That Are Filled With Sarcasm

19. “There’s plenty of money out there. They print more every day. But this ticket, there’s only five of them in the whole world, and that’s all there’s ever going to be. Only a dummy would give this up for something as common as money. Are you a dummy?” – Grandpa George

Mr. Teavee: “Most of the time, I don’t know what he’s talking about. I mean, kids these days, what with all the technology.”

21. Grandma Georgina: “You smell like peanuts. I love peanuts.”

22. Mike Teavee: “Why is everything here completely pointless?”

Charlie Bucket: “Candy doesn’t have to have a point. That’s why it’s candy.”

Violet Beauregarde: “Well, you should care. Because I’m the girl who’s gonna win the special prize at the end.”

Willy Wonka: “Well, you do seem confident, and confidence is key.”

Willy Wonka: “Can’t imagine how it would matter.”

Willy Wonka: “Where all the other bad nuts go, to the garbage chute.”

Willy Wonka: “To the incinerator. But don’t worry, we only light it on Tuesdays.”

Willy Wonka: “Well, there’s always a chance they decided not to light it today.”

Willy Wonka: “Well, beatniks for one, folk singers, and motorbike riders. Y’know. All those hip, jazzy, super cool, neat, keen, and groovy cats. It’s in the fridge, daddy-o! Are you hip to the jive? Can you dig what I’m layin’ down? I knew that you could. Slide me some skin, soul brother!”

Willy Wonka: “I always thought a verruca was a type of wart you got on the bottom of your foot.”

31. Veruca Salt: “Daddy, I want a squirrel. Get me one of those squirrels; I want one!”

Mr. Salt: “Veruca dear, you have many marvelous pets.”

Veruca Salt: “All I’ve got at home is one pony and two dogs and four cats and six bunny rabbits and two parakeets and three canaries and a green parrot and a turtle, and a silly old hamster! I want a squirrel!”

Mr. Salt: “All right, pet. Daddy’ll get you a squirrel just as soon as he possibly can.”

Veruca Salt: “But I don’t want any old squirrel! I want a trained squirrel!”

Mr. Salt: “Very well. Mr. Wonka? How much do you want for one of these squirrels? Name your price.”

Willy Wonka: “Oh, they’re not for sale. She can’t have one.”

Willy Wonka: “Hey, that was my idea!”

34. Willy Wonka: “Why I believe they’re going to treat us to a little song. It is quite a special occasion, of course. They haven’t had a fresh audience in many a moon.”

Did These Charlie and the Chocolate Factory Quotes Make You Understand How Important Family Is?

Many people today give more attention to their friends, gadgets, and social media than they do to their families. Let’s admit that this statement is accurate, and we are all guilty of it. That’s why reading this collection taught us one important lesson—to love and appreciate our family.

In this movie, we can understand how Charlie truly loves his family. We see this when he refuses Willy Wonka’s offer because his family wouldn’t be able to come with him. For Charlie, no amount of wealth can replace the love of family.

There are a lot of people who don’t experience the feeling of having a family. So, learn to appreciate your loved ones and show them—in words and actions—how much they mean to you. After all, they are the first people you will run to, no matter what happens to you.

Hopefully, these Charlie and the Chocolate Factory quotes were able to push you to appreciate your loved ones even more. Love your family through life’s ups and downs because they will always be there to support you!