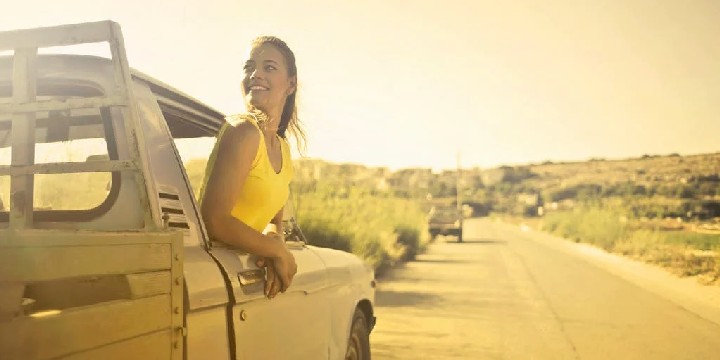 This collection of the best country girl quotes is perfect for all the Southern belles out there!

However, there’s more to women than that; you shouldn’t be fooled and think that our only standard of beauty is that of these things.

Instead, take a look at country girls, too. They’re different from what’s usually portrayed as beautiful in various media. But, they are beautiful, strong, and successful nonetheless.

To know more about country girls, read through our collection below.

We’ve rounded up our favorite quotes that will change your perception of Southern belles.

And don’t forget to check out these country quotes and cowgirl quotes.

1. “One thing about Southern women, they were tough. No one said no and got away with it.” – Sherrilyn Kenyon

2. “You don’t just wake up one day and become a country girl. It’s how you were raised. If it’s not who you truly are, it’ll show.” – Anonymous

3. “Country girls are just like normal girls. Only prettier, more fun, and can shoot a gun.” – Anonymous

4. “Southern women see no point in the hard way. Life is hard enough. So we add a little sugar to the sour.” – Allison Glock

5. “The country girl—she is strong-willed and independent. She is as beautiful inside as outside. She will never take no for an answer, and when she is told she cannot do it because she is a girl, she will prove you wrong every time.” – Anonymous

6. “Putting on a cowboy hat and a pair of boots doesn’t make you country; like puttin’ on a ball gown and glass heels won’t make me Cinderella.” – Kellie Elmore

8. “Southern women, in my opinion, are complicated and are equally feminine and driven. That’s kind of an unusual combination, and people usually tend to get it wrong.” – Emily Procter

9. “Southern girls are God’s gift to the entire male population. There is absolutely no woman finer than one raised below the Mason-Dixon line.” – Kenny Chesney

10. “If you wanted something done, come hell or high water, you leave it to a Southern girl.” – Angie Fox

11. “Cowgirls are God’s wildest angels. They have cowboy hats for halos and horses for wings.” – Anonymous

13. “Country girls are not meant to be tamed. They are supposed to run wild until they find someone just as wild to run with.” – Anonymous

14. “Country girls play like a boy, love like an angel, and know their way around a shotgun.” – Anonymous

15. “I am a Southern woman, born with revolutionary blood in my veins. Freedom of speech and of thought were my birthright, guaranteed, signed, and sealed by the blood of our fathers.” – Rose O’Neal Greenhow

16. “If you can find a nice pretty country girl that can cook and carries her Bible, now there’s a woman.” – Phil Robertson

17. “Because the thing about being a Southern girl is they let you run loose until the time comes to shape you.” – Claire Fullerton

18. “Here’s to the girls who grew up playing in the dirt, who ran outside barefoot, and weren’t afraid to be one of the boys.” – Anonymous

19. “If a country girl is smiling, she wants to do something crazy; if she is laughing, she has already done it.” – Anonymous

27. “Cut off jeans and a baseball hat; them city girls can’t do like that.” – Anonymous

29. “I was raised on country sunshine.” – Anonymous

Country Girl Quotes You Can Relate To

32. “A pickup truck is her limousine, and her favorite dress is her faded blue jeans.” – Anonymous

33. “There is a name for girls who shoot guns, listen to country, and ride four-wheelers—keepers.” – Anonymous

36. “A girl doesn’t have to wear jeans, a plaid shirt, or cowgirl boots to prove she is country. Her personality should be all the proof you need.” – Anonymous

37. “I’m a country girl at heart! I love dressing up in the latest fashion, but I would rather be in the mud, fishing, or swimming in a pond!” – Anonymous

38. “I can go from heels to boots, pink to plaid. And give up anything for that smell of the barn. Because that is how country girls roll.” – Anonymous

39. “We all got a hillbilly bone down deep inside; no matter where you’re from, you just can’t hide it.” – Anonymous

40. “I can be as stubborn as a mule, sweet as tea, angry as a hornet, or loyal like a soldier. It all depends on you.” – Anonymous

41. “You don’t ever wanna cheat or hurt a country girl ’cause your truck will be broken, and you’ll be six feet.” – Anonymous

43. “Gravel roads, bonfires, deer hunting, four-wheeler riding through fields of mud, and some good ole country friends. Most of the girls would say hell no to country life. But my reaction would be a big ole, ‘Hell yeah!’” – Anonymous

44. “I’m a country girl. The more big cities I go to, the more fashionistas and designers I meet who want to dress me. The more I have all these kinds of superficial but amazing experiences, the more I just realize that I’m from Gloucestershire.” – FKA Twigs

45. “I grew up like a lot of country boys and girls do—amongst the pine trees, dirt roads, farms, mules, and people who were real.” – Josh Turner

46. “When a Southern woman offers you a home-cooked meal, you’re only rude if you refuse. That goes for seconds and thirds too, by the way.” – Brandy Heineman

47. “Not only do I know how to milk a cow, but I know how to herd a bunch of cows, too. Which is a life skill that I think may come in handy someday.” – Martina McBride

48. “Being the farm girl that I am, one who loves farm-fresh eggs, I include tips on preserving and cooking with fresh eggs in every chapter.” – Ann Accetta-Scott

49. “I would rather hear cows mooing and roosters crowing than horns honking.” – Anonymous

50. “A country girl can talk her way out of a ticket.” – Kellie Pickler

52. “I like my country music at the volume where I can’t hear you complaining about it.” – Anonymous

Country Girl Quotes for All Southern Belles Out There

53. “Southern women like their men religious and a little mad.” – Michael Shaara

54. “Southern women can say more with a cut of their eyes than a whole debate club’s worth of speeches.” – Allison Glock

55. “She was so Southern that she cried tears that came straight from the Mississippi, and she always smelled faintly of cottonwood and peaches.” – Sarah Addison Allen

56. “As a farm girl, even when I was quite young, I had my ‘farm chores,’ but I also had time to be alone, to explore the fields, woods, and creekside, and to read.” – Joyce Carol Oates

57. “Here’s to the girls that don’t wake up with perfect hair, who don’t wear 50 pounds of makeup, and who’d rather spend the day in jeans than in a dress.” – Anonymous

58. “Perfect date: laying in the back of a truck with a blanket and some pillows, cuddled up together, looking at the stars with soft country music in the back.” – Anonymous

59. “I’d rather have a guy with jeans, boots, and truck than a guy with a suit, shiny shoes, and Ferrari any day.” – Anonymous

Do You Have a Special Space in Your Heart for Country Girls?

The countryside will always hit different. The fresh air breezing through, the green grass for miles, and the overall relaxing vibe will keep our hearts and souls refreshed. This is something all country girls can relate to.

Country girls revel in nature’s beauty, reflecting their personalities. They are wild but caring, adventurous but sweet. Most of all, they are strong, brave, and can care for themselves.

This is why society shouldn’t get stuck on just one definition of a beautiful and strong woman. Each girl is gorgeous in their own way, and they all have unique qualities that make them who they are.

With that, we hope we were able to offer a whole new understanding of country girls through the list of quotes above. Remember, country girls are unlike every other girl you’ll meet in the city. They’ll surprise you at each and every turn, so be ready!