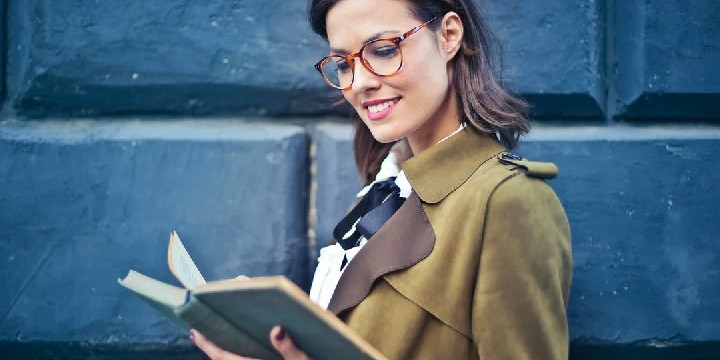 This collection of assumptions quotes will help you clear your head and make more informed decisions!

Assumptions are defined as things we accept as true and factual even before having any proof. But, moving through life with only assumptions is very dangerous.

We can’t be sure of everything right away. Although that’s the case, it doesn’t mean we can just assume things from people.

Before accepting anything as factual, we must confirm that we have all the correct information. We shouldn’t jump to conclusions before checking all sides of the story. If we do this, there’s a big chance that we’ll become biased or unfair toward one side of the story.

Only when we ask what is happening from all sides involved can we clearly understand the situation. So, make more informed decisions with the help of these assumptions quotes we’ve compiled!

And make sure to read these transparency quotes and reassurance quotes.

1. “Assumptions are unopened windows that foolish birds fly into, and their broken bodies are evidence gathered too late.” – Bryan Davis

2. “Assuming things is the equivalent of sleepwalking blindfolded on a cliff edge fully expecting a safety net to be there to break the fall should you topple over the precipice.” – Stewart Stafford

3. “We all make basic assumptions about things in life, but sometimes those assumptions are wrong. We must never trust in what we assume, only in what we know.” – Darren Shan

4. “Having our fundamental assumptions about life challenged is never a comfortable thing.” – Maajid Nawaz

5. “Assumptions allow the best in life to pass you by.” – John Sales

6. “I like the assumption that everyone is trying his best, and we should all just be kind to each other.” – Christina Baker Kline

7. “By assuming we know how a curve continues beyond what we see, we will draw the wrong conclusions and come up with the wrong solutions.” – Hans Rosling

8. “Every time we make assumptions about what other people feel, do, or think, we imprison them and us in a separate reality.” – Franco Santoro

9. “The best results in life are often held back by false constructs and untested assumptions.” – Tim Ferriss

10. “The least questioned assumptions are often the most questionable.” – Paul Broca

11. “Positive assumptions are needed only when you have negative assumptions that you’re trying to overcome. But when you drop your assumptions altogether, your soul stands naked in the open fields of possibility. And what you choose to create from that space is up to you.” – T.K. Coleman

12. “Assumptions are quick exits for lazy minds that like to graze out in the fields without bother.” – Suzy Kassem

14. “Assuming less does not make you naive, it makes you a better listener.” – Terry A O’Neal

15. “Sometimes our bad feelings are only assumptions and speculations doing dark dances in our heads.” – Bonnie Lyn Smith

17. “Making the wrong assumptions causes pain and suffering for everyone.” – Jenni Young

18. “We never look beyond our assumptions, and what’s worse, we have given up trying to meet others; we just meet ourselves.” – Muriel Barbery

21. “Most of our assumptions have outlived their uselessness.” – Marshall McLuhan

23. “Assumptions equal a loss of pride and the sting of defeat.” – Donna Lynn Hope

28. “It’s sad that we never get trained to leave assumptions behind.” – Sebastian Thrun

Assumptions Quotes to Make You Evaluate Your Relationships

29. “Assumptions are the termites of relationships.” – Henry Winkler

30. “The relationship that tests, frustrates, irritates you the most actually is one of your greatest blessings. Why? Because it reveals to you the very beliefs, fears, and false assumptions that most limit you.” – Robin S. Sharma

31. “A relationship should be based on communication, not on assumption.” – Anonymous

32. “There is an assumption that if a relationship ends, it has failed. The ending does not imply failure. There are a great many reasons why someone is meant to play a role in our lives and why it may just be for a period of time.” – Anonymous

33. “A tornado of thought is unleashed after each new insight. This, in turn, results in an earthquake of assumptions. These are natural disasters that reshape the spirit.” – Vera Nazarian

34. “Your assumptions are your windows on the world. Scrub them off every once in a while, or the light won’t come in.” – Isaac Asimov

35. “Rational discussion is useful only when there is a significant base of shared assumptions.” – Noam Chomsky

36. “The explanation requiring the fewest assumptions is most likely to be correct.” – Franciscan friar William

37. “Assumptions are maintained by the hug of history. Yet, history does not guarantee their validity, nor does it ever reassess their validity.” – Michael Michalko

Assumptions Quotes to Gain Insights Into the World

39. “The hardest assumption to challenge is the one you don’t even know you are making.” – Douglas Adams

40. “The harder you fight to hold on to specific assumptions, the more likely there’s gold in letting go of them.” – John Seely Brown

41. “If you start a conversation with the assumption that you are right or that you must win, obviously it is difficult to talk.” – Wendell Berry

Assumptions Quotes for the People Around You

42. “When you’re surrounded by people who share the same set of assumptions as you, you start to think that’s reality.” – Emily Levine

43. “People, please remember that I choose my words very carefully. Assumptions are your enemy.” – Chris Kluwe

44. “How would your life be different if—you stopped making negative judgmental assumptions about people you encounter?” – Steve Maraboli

45. “If we are honest with ourselves, we have to admit that sometimes our assumptions and preconceived notions are wrong, and therefore, our interpretation of events is incorrect. This causes us to overreact, take things personally, or judge people unfairly.” – Elizabeth Thornton

46. “Do not make assumptions unless you know the whole story. If in doubt, ask the person directly.” – Anonymous

47. “It’s always your assumptions about you, about others, about the future that make reality worse than it actually is.” – Dragos Bratasanu

48. “Most of us make assumptions about how someone will relate to us, and they are often unfounded.” – Michele Jennae

49. “Never make assumptions about someone based on your past experiences with someone else.” – Anonymous

50. “Always assume your assumptions about others are wrong. Because often, they are.” – Savania China

51. “Assumption is the mother of all mistakes.” – Eugene Lewis Fordsworthe

52. “The worst mistake of first contact, made throughout history by individuals on both sides of every new encounter, has been the unfortunate habit of making assumptions. It often proved fatal.” – David Brin

54. “It’s not the things you don’t know that trip you up. It’s the things you think you know, but you don’t. You fail to ask a certain question because you believe you know the answer. Separating your information from your assumptions can be very tricky business.” – Claudia Gray

Assumptions Quotes for Everyone Seeking the Truth

55. “When we believe in lies, we cannot see the truth, so we make thousands of assumptions, and we take them as truth. One of the biggest assumptions we make is that the lies we believe are the truth!” – Don Miguel Ruiz

56. “If you want to approach the truth, the first thing is you don’t assume anything. If you have already made an assumption, you are just trying to find the confirmation for your assumption, that is not seeking truth.” – Sadhguru

57. “It is not really wise to make too many assumptions when you don’t yet have all the facts to do so.” – Sahara Sanders

59. “Rarely have I witnessed assumptions turn into facts.” – Anonymous

60. “But you are making assumptions without all the facts, and that’s not a sign of intelligence.” – C.C. Hunter

Great Assumptions Quotes That Are Filled With Lessons

61. “If we worked on the assumption that what is accepted as true really is true, then there would be little hope for advance.” – Orville Wright

62. “The assumption that seeing is believing makes us susceptible to visual deceptions.” – Kathleen Hall Jamieson

64. “Start with the assumption that the best way to do something is not the way it’s being done right now.” – Aaron Levie

65. “Assumptions are the most damaging enemies of our mind’s equilibrium.” – A. A. Alebraheem

66. “Making assumptions simply means believing things are a certain way with little or no evidence that shows you are correct, and you can see at once how this can lead to terrible trouble.” – Lemony Snicket

67. “A lack of communication breeds assumptions of what the other is thinking or feeling; and assumptions are, more often than not, incorrect.” – Anonymous

Other Assumptions Quotes That You Will Love

68. “Incorrect assumptions lie at the root of every failure. Have the courage to test your assumptions.” – Brian Tracy

70. “We must strive for literacy and education that teach us to never quit questioning and probing the assumptions of the day.” – Bryant H. McGill

Did These Assumptions Quotes Help You Understand How to Better Handle Situations in Life?

To move through life confidently, we must be more knowledgeable about people and things around us. Let’s not live life with only assumptions and speculations, as they’ll lead to our downfall later down the road. If we are more discerning, we’ll be less likely to make the wrong decisions and choices.

At the end of the day, how we respond to or handle our situations is our responsibility. We shouldn’t be persuaded to act a certain way solely because of our assumptions or what others tell us. On the contrary, we must think and reflect before acting on anything.

In any given circumstances, communication will play a critical role. Communication and asking questions will always be the best help for us to make things right, clear, and straightforward.

With that, we hope these assumptions quotes were able to show you how you should react to any given situation. We do not need to assume anything. Remember that a clear mind and line of thought make life easy!