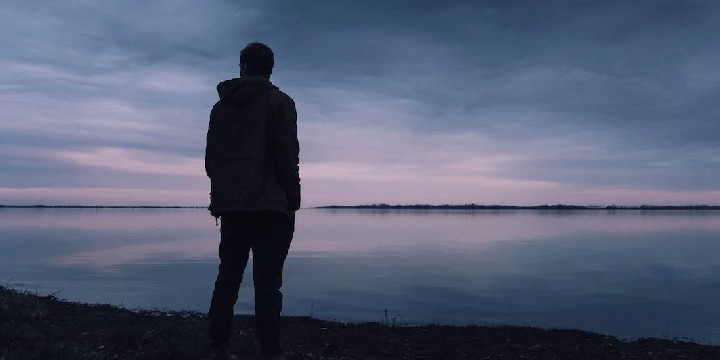 Confront and let go of someone who always brings you down with the help of these cutting people off quotes!

Sometimes, the only way to live peacefully is to cut off toxic people from our lives. So, whether they’re family members, friends, or people close to you, if they make you feel that you’re not good enough, it’s time to take action and remove them from your life. This is the only thing you can do to make yourself feel better.

Cutting people off doesn’t mean you’re bad or selfish. You just need to protect yourself from these toxic people that might affect your emotional and mental health. Remember, there’s nothing wrong with putting yourself first.

If you recognize how important it is to let go of toxic people, great! Go ahead and do so. But, if you find it hard to do, just browse through this list and get all the reminders and tips you need!

And make sure to check out these trust no one quotes and judging others quotes.

1. “Cutting someone completely off from your life is sometimes necessary for your peace. Don’t feel guilty about it.” – Anonymous

2. “Cutting people out of your life doesn’t mean you hate them; it simply means you respect yourself. Not everyone is meant to stay.” – Anonymous

4. “People who are negative are either lonely, broke, or bored. Better to cut them off.” – Anonymous

5. “Cutting people off doesn’t have limits. Family can get cut off, too, if they are causing you stress. Eliminate any negativity from your circle.” – Anonymous

6. “It’s okay to cut ties with toxic friends and family; you’ve got to prioritize your own well-being.” – Brenden Dilley

7. “I’m slowly cutting people off. Because I have some people in my life who should’ve been cut off a long time ago. But it’s not been easy to do that.” – Anonymous

9. “You don’t have to feel guilty for cutting them off. It was the right thing to do. And believe me, if it were the other way around. They would have done the same thing too. Choose you, always you.” – Robert M. Drake

10. “I will cut people out of my life with no hesitation, no explanation, and no warning if they do phony shit or I feel they can’t be trusted. I’m getting too old to be hanging out with people who don’t understand the concept of loyalty.” – Anonymous

Cutting People off Quotes to Help You Move On

11. “Certain people you have to cut off; it’s nothing personal. Their part in your story is over, and you have to move on.” – Anonymous

12. “Sometimes you have to cut ties with people who aren’t good for you. The love isn’t lost, but the communication isn’t healthy. We move on.” – Anonymous

13. “I’ve had to cut people that I love out of my life or distance myself from friends not because I don’t love them but because they were causing unnecessary stress in my life. It’s worked so far. I’m happy again.” – Nadine Barnes

Cutting People off Quotes That’ll Make You See Your Worth

14. “I don’t have time to make people understand my worth. Either you recognize it and treat me right or be cut off.” – Anonymous

15. “Once you realize your worth, you stop going easy on those who have always been difficult on you, and you make them pay for it by cutting them off.” – Anonymous

16. “Cutting people off might seem to be hard, but it’s even better when you realize how better off you are without them, and there’s less shit to deal with.” – Anonymous

Cutting People off Quotes for You to Grow as a Person

17. “Sometimes it takes time to realize who all are not healthy for our growth. But it’s never too late to take a step forward and finally cut them off.” – Anonymous

18. “Cutting off people isn’t easy, especially the ones who are too close to us. But you have got to get rid of the people who are no more a good sign for your growth.” – Anonymous

19. “Sometimes people turn out to be toxic for our growth, and such weeds need to be cut out for us to grow and bloom.” – Anonymous

Short Cutting People off Quotes to Remove Toxicity From Your Life

21. “It’s okay to cut off toxic people from your life.” – Anonymous

22. “When people don’t deserve me, I cut them off slowly from my life!” – Anonymous

23. “Since I cut off certain people, there is no hate in my heart.” – Anonymous

24. “Sometimes you have to cut some people off to stay on.” – Anonymous

25. “I have no problem with cutting people off; less bullshit for me to deal with.” – A$AP Rocky

26. “The best way to get over someone is to cut off all ties.” – Anonymous

27. “There is no better self-care than cutting off people who are toxic to you.” – Anonymous

28. “Sometimes the cutoff isn’t personal, it is spiritual!” – Anonymous

29. “If I cut you off, chances are you handed me the scissors.” – Anonymous

Wise Cutting People off Quotes to Live By

30. “The people you allow into your life are contagious; choose wisely and be prepared to cut quickly.” – Anonymous

31. “Cut people from your life that honestly wouldn’t contribute to anyone’s life. It will be an opportunity for both you and them to grow.” – Anonymous

32. “The path to freedom is illuminated by the bridges you have burned, adorned by the ties you have cut, and cleared by the drama you have left behind. Let go. Be free.” – Steve Maraboli

33. “If I decide to cut you off for my own good and not communicate with you anymore, there’s no sneak dissing or dirt throwing on my end because you and your business no longer exist in my world.” – Anonymous

34. “I wish cutting ties would have made you bleed; you deserve a little pain for the things you did to me.” – Jessica Kate

35. “I did the same, and I can’t explain how happy I am now. There comes a time when you have no choice but to cut off in order to respect yourself and live in harmony.” – Sandra Barbir

Cutting People off Quotes That’ll Shift Your Outlook in Life

36. “You think that the people you push away will eventually leave because there is something about you deep down that you think is unlovable. People leave because you push them away. You first treat them like they are very important to you, and then in an eye blink, you cut them off.” – Nitya Prakash

37. “Knowing the difference between who cut off and who to be patient with is everything.” – Anonymous

38. “If you can cut the people off from their history, then they can be easily persuaded.” – Karl Marx

39. “When you’re too exhausted with people and their repetitive behavior, cutting them off becomes easier with every second person.” – Anonymous

40. “Sometimes, you are the only toxic person you need to cut off your life, and I hope that one day you will be brave enough to admit it.” – Samiha Totanji

41. “Deciding to finally cut ties with the people in your life who consistently hurt you isn’t enough; you must also decide to cut ties with the version of yourself who allowed that shit to continue for as long as it did.” – Cici B.

Deep Cutting People off Quotes to Think About

42. “You know that knife you stuck in my back? It was perfect for cutting all ties with you.” – Anonymous

43. “No one would question your choice to cut cancer out before it consumes your body and affects your livelihood. Why should it be any different with toxic people?” – Anonymous

44. “Sometimes we just have to cut off the dead branches in our life. Sometimes that’s the only way we can keep the tree alive. It’s hard, and it hurts, but it’s what’s best.” – Nicole Williams English

45. “Fools take a knife and stab people in the back. The wise take a knife, cut the cord, and free themselves from the fools.” – Anonymous

More Quotes on Cutting People Off

46. “If cutting me off improves your happiness, I approve of your decision.” – Anonymous

47. “I’m so protective of myself now. I’ll cut someone off for simply having the wrong energy.” – Anonymous

48. “It always amazes me how swiftly problems can be solved once you start cutting things off people.” – Joe Abercrombie

49. “Insanity is treating people like trash, then feeling betrayed when they finally cut you off.” – Anonymous

50. “You ever cut someone off, and then you see them posting shit as though they got rid of you.” – Anonymous

Do You Think Cutting People off Will Make You Happier?

The world will be better if we only surround ourselves with like-minded and kind individuals. But, unfortunately, there will always be people willing to do everything just to drag us down. These individuals are the ones we need to cut off from our lives because if we don’t, they will prevent us from reaching our full potential.

We know that it will never be easy—especially if those toxic people are the ones you trust the most. It’s painful and hard to let go, but if you don’t put yourself first, they will drain you and leave you feeling empty. That’s why you should prioritize yourself and don’t be afraid to cut off these people in your life.

By doing what’s best for you, you’ll live a happier life filled with positive energy. So, it’s time to start building an environment that will support your growth as a person! Be brave enough to remove all toxic and harmful people from your life and live with a peaceful mind!

We hope this list of quotes gives you the courage to cut people off. Don’t ever let yourself feel down because of others!