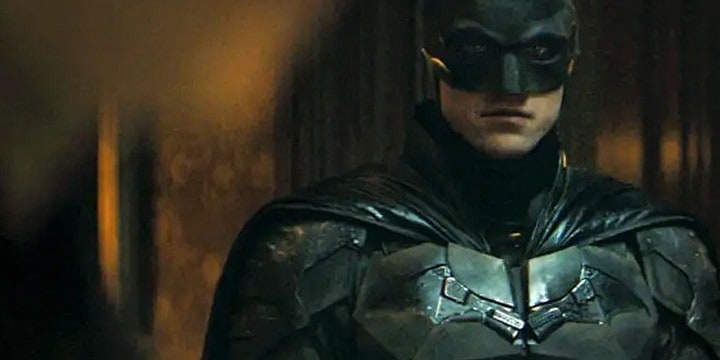 Enter the world of Gotham city through this collection of the top 110 Batman quotes.

Curated and carefully selected to inspire and help guide you through your everyday life, we’ve listed some of the movie and the comics’ most famous quotes that discuss topics like heroism, humanity, and madness.

As one of the most famous comics and characters, Batman is one of the world’s iconic superheroes—dedicating his life to fight crime and be the protector of Gotham City.

And as a series that stood the test of time, you’ll surely be able to find some words of wisdom through both the superheroes and villains in Batman.

And make sure to read these Joker quotes and Bane quotes.

1. “This city just showed you that it’s full of people ready to believe in good.” – Batman

2. “The first time I stole so that I wouldn’t starve, I lost many assumptions about the simple nature of right and wrong. And when I traveled, I learned the fear before a crime and the thrill of success. But I never became one of them.” – Batman

5. “Endure, Master Wayne. Take it. They’ll hate you for it, but that’s the point of Batman, he can be the outcast. He can make the choice that no one else can make, the right choice.” – Alfred Pennyworth

6. “A criminal is not complicated. What you really fear is inside yourself. You fear your own power. You fear your anger—the drive to do great or terrible things.” – Henri Ducard

7. “He’s the hero Gotham deserves, but not the one it needs right now.” – Jim Gordon

8. “Maybe that’s what Batman is about. Not winning, but failing, and getting back up. Knowing he’ll fail, fail a thousand times, but still won’t give up.” – Batman

9. “Justice is balance. You burned my house and left me for dead. Consider us even.” – Henri Ducard

10. “We’ll hunt him, because he can take it; because he’s not our hero. He’s a silent guardian, a watchful protector—a dark knight.” – Jim Gordon

11. “Bruce, if you turn yourself in, they’re not gonna let us be together.” – Rachel Dawes

12. “The night is darkest just before dawn. And I promise you, the dawn is coming.” – Harvey Dent

13. “What were you trying to prove? That deep down, everyone’s as ugly as you? You’re alone!” – Batman

14. “You care about justice? Look beyond your own pain, Bruce. This city is rotting. People talk about the depression as if it’s history. It’s not. Things are worse than ever down here.” – Rachel Dawes

16. “You finally learned to do what is necessary.” – Batman

17. “It’s obvious. Only a criminal would disguise himself as a licensed, bonded guard yet callously park in front of a fire hydrant.” – Batman

19. “What doesn’t kill you, simply makes you stranger!” – The Joker

Batman Quotes on Morals, Values, and Being a Hero

20. “The true crimefighter always carries everything he needs in his utility belt, Robin.” – Batman

21. “It is the duty of every good citizen of Gotham City to report meeting a man from Mars in a public park.” – Batman

23. “Targeting me won’t get their money back. I knew the mob wouldn’t go down without a fight, but this is different. They crossed the line.” – Batman

25. “A hero can be anyone—even a man doing something as simple and reassuring as putting a coat around a little boy’s shoulders to let him know that the world hadn’t ended.” – Batman

26. “Having trouble? Take a seat. Have a drink. You look like a man who takes himself too seriously. Do you want my opinion? You need to lighten up.” – Scarecrow

29. “I’ll be standing where I belong—between you and the people of Gotham.” – Batman

31. “People need dramatic examples to shake them out of apathy, and I can’t do that as Bruce Wayne.” – Batman

32. “You either die a hero, or you live long enough to see yourself become the villain.” – Batman

34. “Everything’s impossible until somebody does it.” – Batman

36. “You cannot lead these men unless you are prepared to do what is necessary to defeat evil.” – Henri Ducard

37. “I knew Harvey Dent. I was his friend and it will be a very long time before someone inspires us the way he did.” – Batman

38. “A vigilante is just a man lost in the scramble for his own gratification. He can be destroyed or locked up. But if you make yourself more than just a man, if you devote yourself to an ideal, and if they can’t stop you, then you become something else entirely.” – Henri Ducard

39. “I’ve worked so hard to gain their respect, they sometimes forget I’m flesh and blood.” – Batman

41. “Tell me where the trigger is, then you have my permission to die.” – Batman

42. “As a man, I’m flesh and blood. I can be ignored, I can be destroyed. But as a symbol, I can be incorruptible. I can be everlasting.” – Batman

43. “All men have limits. They learn what they are and learn not to exceed them. I ignore mine.” – Batman

46. “If this man is everything that you say he is, then this city needs me.” – Batman

47. “You don’t get heaven or hell. Do you know the only reward you get for being Batman? You get to be Batman.” – Batman

48. “Death does not wait for you to be ready. Death is not considerate or fair!” – Henri Ducard

49. “Peace has cost you your strength. Victory has defeated you.” – Bane

Batman Quotes on Humanity and Life

53. “Oh yes, I was wondering what would break first—your spirit or your body?” – Bane

54. “You do not fear death. You think this makes you strong. It makes you weak.” – Batman

55. “Without warning, it comes crashing through the window of your study, and mine. I have seen it before somewhere. It frightened me as a boy. Yes, father. I shall become a bat.” – Batman

56. “If you can carry it to the top of the mountain, you may find what you were looking for in the first place.” – Batman

57. “Our greatest glory is not in never falling, but in rising every time we fall.” – Batman

58. “Drive sports cars, date movie stars, buy things that are not for sale—who knows, Master Wayne? You start pretending to have fun, you might even have a little by accident.” – Alfred Pennyworth

60. “It’s not who we are underneath, but what we do that defines us.” – Rachel Dawes

62. “Justice is about harmony. Revenge is about you making yourself feel better, which is why we have an impartial system.” – Rachel Dawes

63. “What have I done, Alfred? Everything my family—my father—built.” – Batman

64. “My security clearance has been revoked.” – Lucius Fox

65. “The Wayne legacy is more than bricks and mortar, sir.” – Alfred Pennyworth

66. “You look very fashionable, apart from the mud.” – Alfred Pennyworth

69. “Your compassion is a weakness your enemies will not share. That’s why it’s so important. It separates us from them.” – Batman

70. “We all make mistakes. That’s why they put erasers on the end of pencils. What matters is how fast you make your recovery.” – Batman

72. “You are as precious to me as you were to your own mother and father. I swore to them that I would protect you, and I haven’t.” – Alfred Pennyworth

74. “Always be yourself! Unless you can be Batman, then always be Batman.” – Shadowtext

76. “Criminals are like weeds, Alfred. Pull one up, another grows in its place.” – Batman

77. “If you wanna make the world a better place, take a look at yourself, and make that change.” – Batman

79. “You will always fear what you don’t understand.” – Carmine Falcone

Batman Quotes on Madness and Society

80. “I’m Gotham’s reckoning, here to end the borrowed time you’ve all been living on.” – Bane

81. “Enough madness? Enough? And how do you measure madness?” – The Joker

82. “We all look for meaning behind the tragedies that befall us, and sometimes, the meaning is there.” – Alfred Pennyworth

84. “Some men aren’t looking for anything logical, like money. They can’t be bought, bullied, reasoned or negotiated with. Some men just want to watch the world burn.” – Alfred Pennyworth

86. “Criminals, by nature, are a cowardly and superstitious lot.” – Batman

87. “Madness is the emergency exit. You can just step outside, and close the door on all those dreadful things that happened. You can lock them away forever.” – Joker

91. “Your anger gives you great power. But if you let it, it will destroy you, as it almost did me.” – Henri Ducard

92. “Someone like you, someone who will rattle the cages.” – Batman

95. “I do what I do to keep thugs like Falcone behind bars, not in therapy.” – Rachel Dawes

96. “Sometimes, it’s only madness that makes us what we are.” – Batman

97. “You won’t kill me out of some misplaced sense of self-righteousness, and I won’t kill you because you’re just too much fun. I think you and I are destined to do this forever.” – The Joker

99. “They told me there was nothing out there, nothing to fear. But the night my parents were murdered, I caught a glimpse of something. I’ve looked for it ever since. I went around the world, searched in all the shadows. And there is something out there in the darkness, something terrifying, something that will not stop until it gets revenge—me.” – Batman

103. “You thought we could be decent men in an indecent situation, but you were wrong. The world is cruel.” – Harvey Dent

106. “This is what happens when an unstoppable force meets an immovable object. You truly are incorruptible aren’t you?” – The Joker

107. “You can never escape me. Bullets don’t harm me. Nothing harms me. But I know pain. I know pain. Sometimes, I share it—with someone like you.” – Batman

108. “I made a promise to my parents that I would rid the city of the evil that took their lives.” – Batman

109. “I always claimed I became the Batman to fight crime. That was a lie. I did it to overcome the fear.” – Batman

110. “Gotham, take control. Take control of your city. Behold, the instrument of your liberation! Identify yourself to the world.” – Bane

Did These Batman Quotes Help You Realize the Importance of Getting Back Up Every Time You Fall?

To most people, Batman may just be a fictional character—a hero we’ve come to know through the comics and the screens. However, if one thinks deeply about Batman and the other characters in the story, you’ll come to realize that really, they represent the polarities we face in life—the good and evil in all of us, the fear we have deep in ourselves. Through all of this, the message is clear: it’s not our past, nor what’s underneath that defines us; it’s what we do and how we act that mould our true selves.

Actions will always matter more than our intentions. Therefore, we should take care and be conscious of the decisions and actions we do take. At the end of the day, it doesn’t matter what we think or what we do. What the world would remember is what we did. So, let’s all make sure to act towards the good and let’s let that be the legacy we leave in the world.

What did you learn from this collection of Batman quotes? Who’s your favorite Batman character and why? Let’s us know what you think in the comments section below.