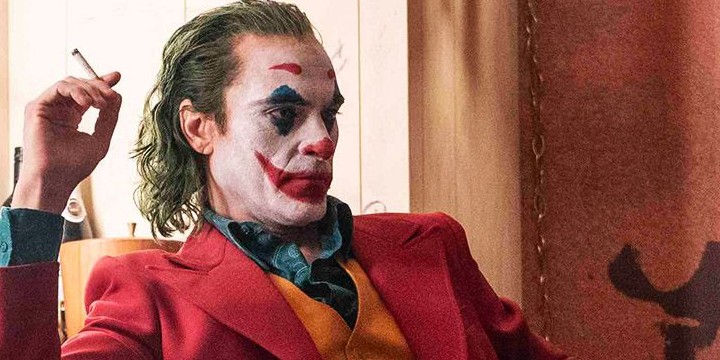 If you’ve ever felt like you’re different from those around you, you’ll certainly relate to these Joker quotes we’ve rounded up.

Joker is one of the DC franchise’s leading—and most famous—antagonists. He’s appeared in many Batman movies and comics, and his popularity earned him some of his own!

He’s noted explicitly for his clownlike appearance and, of course, his dark and morbid humor. Joker’s a criminal mastermind that will have you constantly thinking about life, society, and your very own sanity!

However, while he’s portrayed as the bad guy, let’s not forget that every villain has a backstory. For Joker, it’s certainly one that’s so heartbreaking that it drove him mad!

So, if you’re curious about him, read through the list of Joker quotes below.

And make sure to read these Batman quotes and Bane quotes.

1. “As you know, madness is like gravity. All it takes is a little push.”

2. “What doesn’t kill you, simply makes you stranger!”

3. “Introduce a little anarchy. Upset the established order, and everything becomes chaos. I’m an agent of chaos.”

5. “They laugh at me because I’m different. I laugh at them because they’re all the same.”

6. “We stopped checking for monsters under our bed when we realized they were inside us.”

7. “The only sensible way to live in this world is without rules.”

9. “You can’t rely on anyone these days; you gotta do everything yourself. Don’t we?”

10. “Madness is the emergency exit. You can just step outside, and close the door on all those dreadful things that happened. You can lock them away—forever.”

11. “Their morals, their code; it’s a bad joke. Dropped at the first sign of trouble. They’re only as good as the world allows them to be. You’ll see—I’ll show you. When the chips are down, these, uh, civilized people? They’ll eat each other. See, I’m not a monster. I’m just ahead of the curve.”

15. “Does it depress you? To know just how alone you really are?”

16. “You have nothing—nothing to threaten me with. Nothing to do with all your strength.”

17. “Nobody panics when things go according to plan. Even if the plan is horrifying!”

18. “Why don’t we cut you up into little pieces and feed you to your pooches? Hm? And then we’ll see how loyal a hungry dog really is.”

19. “All it takes is one bad day to reduce the sanest man alive to lunacy.”

20. “Some people want to see you fail. Disappoint them!”

21. “The pen is truly mightier than the sword!”

More Joker Quotes for a Glimpse Into His Backstory

25. “Haven’t you ever heard of the healing power of laughter?”

26. “I killed those guys because they were awful. Everybody is awful these days. It’s enough to make anyone crazy.”

27. “Do I look like the kind of clown that can start a movement?”

28. “I just hope my death makes more cents than my life.”

29. “And I won’t kill you because you’re just too much fun. I think you and I are destined to do this forever.”

30. “You don’t listen, do you? I don’t think you ever really hear me. You just ask the same questions every week. ‘How’s your job? Are you having any negative thoughts?’ All I have are negative thoughts.”

Which of Joker’s Quotes Made You Shift Your Perspective on Life?

Joker is an enigma, and he’s got so many profound nicknames. The Clown Prince of Crime and The King of Chaos are only a few examples. He’s so well-known that we’re sure no one ever forgot about his presence in the franchise ever since he was first introduced in the comics back in 1940.

However, beyond his sinister laugh, twisted jokes, and morbid humor lie dark tales of his past and how he came to be Joker. Though there are different stories about what actually happened in the past, one thing remains true: Joker’s history isn’t one we’d want to experience for ourselves. He was hurt, abused, and left with no one to turn to.

These are all ingredients for a disaster waiting to happen! Who could ever survive and remain happy and positive in this cruel world if they were subjected to the same suffering that Joker went through?

Perhaps this is also why he hides behind laughter and smiles and why he isn’t afraid of anything. He lives life on the edge and has a unique sense of freedom that allows his mind to wander free with his crazy thoughts and ideas.

So, while Joker is a villain, don’t forget he’s human, too. He’s experienced some pretty traumatic events that shaped him into the antagonist he is today. Moving forward, we hope you take him as a source of encouragement not to let the dark side of life get to you; continue living with peace and joy in your heart instead!