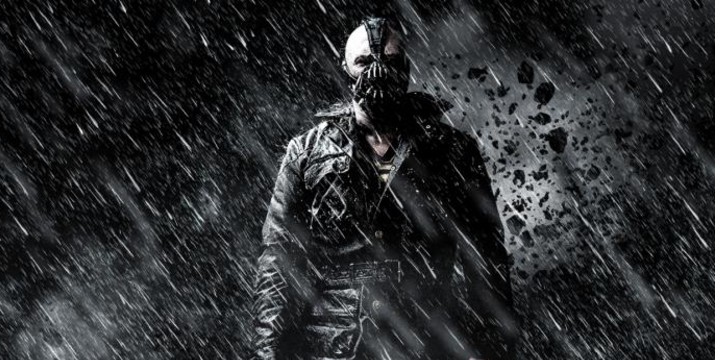 For fans of Batman, these Bane quotes are great wake-up calls in life!

As one of the most famous villains known in the world, you’re sure to pick up some lessons—intentional or not—from this collection of quotes that focus on topics like revenge, life, and identity.

So, if you’re in need of some encouragement or inspiration, then this collection might just be perfect for you; it can serve as a form of entertainment, too!

Start reminiscing your childhood through the quotes below.

And don’t miss out these Batman quotes and Joker quotes.

2. “Theatricality and deception are powerful agents to the uninitiated.”

4. “The bomb is armed. The bomb is mobile. The identity of the triggermen is a mystery.”

5. “You think darkness is your ally, but you merely adopted the dark. I was born in it, molded by it.”

6. “The powerful will be ripped from their decadent nests, and cast out into the cold world that we know and endure.”

7. “We both know I have to kill you now. You’ll just have to imagine the fire.”

8. “As I terrorize Gotham, I will feed its people hope to poison their souls.”

9. “Speak of the devil and he shall appear.”

10. “Peace has cost you your strength. Victory has defeated you.”

14. “We come here not as conquerors but as liberators, to return control of this city to the people.”

16. “It would be extremely painful for you.”

18. “We will destroy Gotham, then when it is done and Gotham is ashes, then you have my permission to die.”

19. “I am Bane, and I could kill you. But death would only end your agony and silence your shame. Instead, I will simply break you!”

Bane Quotes on Violence and Revenge

20. “Oh yes, I was wondering what would break first—your spirit or your body?”

21. “You don’t fear death, you welcome it. Your punishment must be more severe.”

22. “I’d kill for anything. I’d kill to silence a grating voice, to darken the light in the eyes that dared look at me.”

24. “None shall interfere. Do as you please. Start by storming Blackgate and freeing the oppressed! Step forward those who would serve, for an army will be raised.”

25. “I will let them believe they can survive so that you can watch them clamouring over each other to stay in the sun.”

26. “You can watch me torture an entire city, and when you have truly understood the depth of your failure, we will fulfill Ra’s al Ghul’s destiny.”

27. “The shadows betray you because they belong to me.”

28. “The Batman is Gotham City. I will watch him, study him. And when I know him and why he does not kill, I will know this city. And then Gotham will be mine!”

31. “I learned here that there can be no true despair without hope.”

33. “So easy. So simple. And like shipwrecked men turning to sea water from uncontrollable thirst, many have died trying.”

34. “Courts will be convened. Spoils will be enjoyed. Blood will be shed. The police will survive as they learn to serve true justice.”

35. “There’s a reason why this prison is the worst hell on earth—hope.”

Have These Bane Quotes Given You a Whole New Perspective?

Usually, villains are thought of as just bad guys where one can only pick up negative things from. However, there are some characters who have a more complex background, and some even have some lessons embedded deep inside their character’s DNA. And that’s exactly what Bane is—he’s a reminder that we can learn something useful even from the most evil bunch of characters. He was willing to do what others weren’t. And if we’re looking to be the best, we should be willing to act and sacrifice too—within reason—in order to stand out from the rest.

Which of his quotes struck you the most? Which ones were your favorites? Comment them down below.