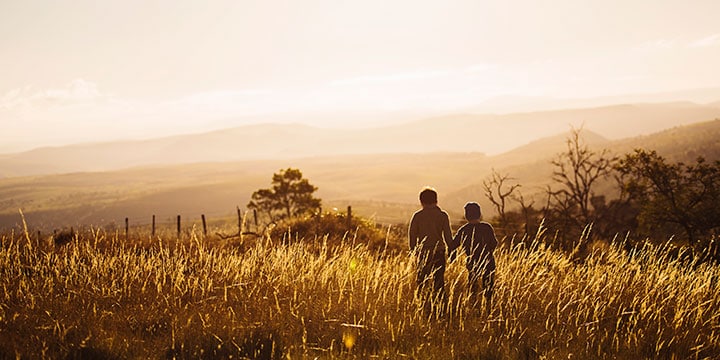 These brother quotes perfectly encapsulate the beautiful and unbreakable bond you have with your younger or older brothers!

Growing up, you might have had countless fights with your brothers. They can get annoying, overprotective, loud, and rowdy.

However, as you grow older, you slowly realize how much of a blessing your brothers actually are.

Brothers are many things for their siblings.

For sisters, they are their protectors and second fathers. And, between brothers, they’re each others’ support system—one always looks to the other for guidance and support.

No matter what role they play in your life, there’s no contesting the value they bring to the family and your life.

So, if you have a brother, don’t forget to show them your unconditional love and appreciation. Scroll through this collection and find a quote you can share with him!

And don’t forget to check out these family quotes and sister quotes.

1. “My brother is my only best friend. No one can replace him.” – Anonymous

2. “Sometimes being a brother is even better than being a superhero.” – Marc Brown

4. “Brothers are what best friends can never be.” – Anonymous

6. “We came into the world like brother and brother; and now, let’s go hand in hand, not one before another.” – William Shakespeare

7. “God blesses him who helps his brother.” – Abu Bakr

8. “Never make a companion equal to a brother.” – Hesiod

9. “I had a brother who was my savior—made my childhood bearable.” – Maurice Sendak

10. “Because brothers don’t let each other wander in the dark alone.” – Jolene Perry

12. “Who needs superheroes when you have a brother.” – Anonymous

13. “One can be a brother only in something. Where there is no tie that binds men, men are not united but merely lined up.” – Antoine de Saint-Exupéry

15. “You are a rare species—a brother who never judges me.” – Anonymous

16. “The happiest days of my youth were when my brother and I would run through the woods and feel quite safe.” – Rachel Weisz

17. “I smile because you’re my brother. I laugh because there’s nothing you can do about it!” – Anonymous

18. “Ambitious. Caring. Positive. Strong. Helpful. Awesome. Reliable. Because I have a brother, I will always have a friend.” – Anonymous

19. “I love my brother. He is simply amazing and I just couldn’t imagine my life without him.” – Anonymous

20. “The greatest gift my parents ever gave me was my brother.” – Anonymous

Brother Quotes That Highlight Their Value in the Family

21. “How do people make it through life without a brother?” – Anonymous

22. “Brothers don’t necessarily have to say anything to each other—they can sit in a room and be together and just be completely comfortable with each other.” – Leonardo DiCaprio

23. “Brothers are playmates at the beginning and best friends for life.” – Anonymous

25. “Growing up, I revered my brother and still do.” – Anonymous

26. “Brotherhood means, ‘I will always come for you no matter the cost.’” – Anonymous

27. “The love of a brother is like having a second dad—just much younger.” – Anonymous

28. “A brother is someone who knows there’s something wrong even when you have the biggest smile on your face.” – Anonymous

30. “The highlight of my childhood was making my brother laugh so hard that food came out his nose.” – Anonymous

31. “Some people don’t believe in heroes. But they haven’t met my brother.” – Anonymous

32. “Brother—a person who is there when you need him; someone who picks you up when you fall; a person who sticks up for you when no one else will; a brother is always a friend.” – Anonymous

33. “Life is better with brothers!” – Anonymous

34. “Brothers and sisters are as close as hands and feet.” – Vietnamese Proverb

35. “When brothers agree, no fortress is so strong as their common life.” – Anonymous

36. “We have flown the air like birds and swum the sea like fishes, but have yet to learn the simple act of walking the earth like brothers.” – Martin Luther King

37. “There is a destiny which makes us brothers; none goes his way alone. All that we send into the lives of others comes back into our own.” – Edwin Markham

38. “When I look at each of my brothers, I see two things. First, I see the next place I want to leave a rosy welt. Second, I see a good man who will always be there, no matter how hard life gets for me or him. Then, I get out of the way because I realize he’s coming at me with a wet dish towel.” – Dan Pearce

40. “If you have a brother or sister, tell them you love them every day—that’s the most beautiful thing. I told my sister how much I loved her every day. That’s the only reason I’m okay right now.” – Amaury Nolasco

42. “A brother is a special ally when facing challenges.” – Anonymous

43. “Be grateful when your older brothers growl at you, and when they tell you what to do and, beautiful, they are just trying to fulfill their duty of protecting you.” – Anonymous

44. “Giving of himself is second nature to my wonderful brother.” – Anonymous

45. “A brother is a friend god gave you; a friend is a brother your heart chose for you.” – Anonymous

49. “Brother, you may not always get what you want, but knowing you, you always want what you get.” – Anonymous

Brother Quotes to Think About

50. “Brothers, will you build forts? Shoot hoops? Teach me to skip rocks? Tell me stories in the dark? Always be my best friend.” – Anonymous

51. “My brother personifies all the good things we were taught as kids.” – Anonymous

52. “My brother is one of my true heroes. Steady and sober where I am impulsive and emotional.” – Anonymous

53. “I always knew my brother was a good man, even when he was a little boy.” – Anonymous

54. “I love my brother simply because he’s my brother.” – Anonymous

Brother Quotes That Will Make You Miss Him

55. “If thy brother wrongs thee, remember not so much his wrongdoing, but more than ever, that he is thy brother.” – Epictetus

56. “Brothers and sisters, peas in a pod, bumps on a log, bugs in a rug, birds of a feather, partners in crime, friends forever.” – Anonymous

58. “Regardless of what I’ve asked of him, my brother has never refused me.” – Anonymous

60. “Younger brothers always have a special place in their sibling’s heart.” – Anonymous

More Brother Quotes for Everyone With Siblings

62. “Brother, you got the best of genes of our parents.” – Anonymous

64. “A baby brother will always have sibling protectors.” – Anonymous

65. “Brother, you are so lucky because you have really cool siblings.” – Anonymous

69. “A baby brother eventually grows up to be your friend.” – Anonymous

70. “Caring for a baby brother strengthens that sibling bond.” – Anonymous

Do You Also Have a Brother to Look Up to and Protect You?

Life with brothers can get quite loud and messy. But, going beyond that, they bring color, fun, and excitement to our lives. Their jokes and hilarious comebacks often come with meaningful life lessons we can all learn from.

For one, growing up with brothers by our sides teaches us to be fierce and determined competitors in life. There’s always some sort of sibling rivalry going on, and brothers just bring out the competitive side in us. This may happen inside the family, but, for sure, what you learn here is something you can take and apply in life as you grow older.

Brothers also have a way of reminding us not to take life too seriously. Whatever the situation, they’ll always have some sort of joke or funny comeback that will make you laugh—even when you’re moody and sad.

These are just a few of the things that brothers teach us; there are sure to be many more if we just take the time to understand their words and actions. Our brothers will love and protect us unconditionally, so take the time to show them how much you appreciate their presence in your life! Hug them and send them a quick note of love after reading this collection.

How would you describe your own brother? Are there other lessons you’ve learned from him? We’d love to get your take on this subject, so comment below!