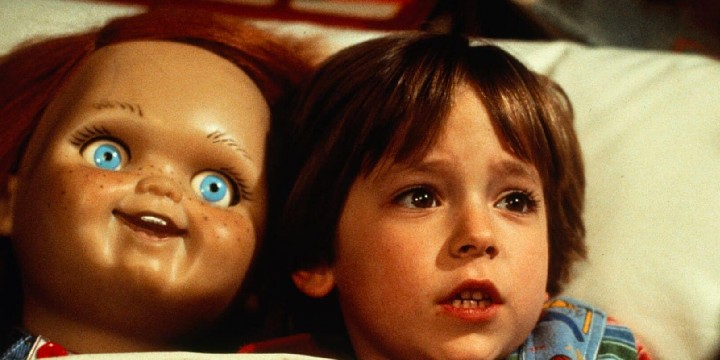 If you’re a horror fan looking for something with moral lessons about good versus evil and making the right choice, these Child’s Play quotes can help.

Child’s Play is an American movie series created by Don Mancini. It stars Chucky, a murderous doll possessed by the spirit of a serial killer. It’s in his nature to constantly do evil deeds but fails because evil cannot prevail over good.

What makes the franchise so good is that aside from showing his violent tendencies, they also put some of his weaknesses forward. The movies even took time to talk about and discuss Chucky’s backstory.

Across all Child’s Play movies, we’re reminded that if your heart is not pure, you will never succeed. Let us not be like Chucky, who is always looking for vengeance. Instead, let us love one another and maintain a kind and forgiving heart.

Add these quotes to your must-reads now and put an end to your hatred!

And don’t forget to check out these Chucky quotes and Scream quotes.

1. “Andy remember, friends, stick together till the end.” – Chucky

5. “I’m one of the most notorious slashers in history and I’m not going to give that up!” – Chucky

6. “Family? Is this what you call a family? Families just don’t give up on their children.” – Joanne

7. “Well, you know what they say, a house just isn’t a home without children.” – Phil

8. “The heart. His heart is almost human. It’s the only way through the heart.” – Dr. Death

9. “Because you’re an abomination. An outrage against nature! You’ve perverted everything I’ve taught you and used it for evil! And you have to be stopped! – Dr. Death

Chucky: “You know what they say. ‘You just can’t keep a Good Guy down.’”

14. “Personally, I like hiding behind an innocent face.” – Chucky

Andy Barclay: “This is the end, friend.”

25. “This isn’t over you little sh*t. I’m not gonna spend the rest of my life as a plastic freak. Next time you’re alone, you’re mine!” – Chucky

27. “Close your eyes and count to seven, when you wake you’ll be in Heaven with your friends. This is it, world! From now on, no more Mr. Good Guy.” – Chucky

28. “A lot of people believe that some joker here at the company must’ve tampered with the doll’s voice cassette. You know like ‘Hi, I’m Chucky. I’m the Lakeshore Strangler. And I’m gonna kill you!’” – Mattson

39. “Just like the good ol’ days. Nothin’ like a good strangulation to get the circulation going’.” – Chucky

41. “Andy was telling the truth. Chucky is alive and he killed Eddie Caputo.” – Karen Barclay

43. Andy Barclay: “Yes. He said Aunt Maggie was a real b*tch, and got what she deserved.”

Karen Barclay: “Andy, how can you say something so horrible?”

Andy Barclay: “I didn’t say it. Chucky did.”

44. Jack Santos: “Do you have any idea why your Aunt Maggie fell out of that window?”

Jack Santos: “Could you tell me why?”

Andy Barclay: “Because she saw Chucky and it scared her so much, she fell out.”

45. Karen Barclay: “Chucky’s been talking to you too, hasn’t he? What’s he been saying?”

Andy Barclay: “His real name is Charles Lee Ray—and he’s been sent down from heaven by Daddy—to play with me.”

32. Chucky: “I didn’t think anybody could hurt me. But last night I got shot. Know something? It hurt. It hurt like a son of a b*tch. It even bled. Why is that, John?”

33. Dr. Death: “The more time you spend in that body, the more human you become.”

Chucky: “You mean I have to live the rest of my life in this body? No f*cking way! You got me into this, you get me out!”

Child’s Play Quotes That Reveal the Truth About Chucky

34. “How I found out the doll was alive. See, I threatened to throw him in the fireplace. Then all of a sudden, he came alive in my hand. I dropped him and then he ran out of the apartment.” – Karen Barclay

35. “I took him home to my apartment, I was about to throw away the box when we came in, the batteries fell out. Don’t you see? He’s been moving and talking for days without any batteries in him.” – Karen Barclay

36. Det. Mike Norris: “It’s an abandoned wreck of a store. Why don’t you believe me? It was struck by lightning the night Charles Lee Ray died.”

Karen Barclay: “How do you know that?”

Det. Mike Norris: ”Because I was there! I was the man who killed him!”

Which of the Movies in the Franchise Have You Watched?

Child’s Play’s plot revolves around a doll possessed by serial killer Charles Lee Ray. The first movie was such a success that they produced seven more! With that, Chucky became one of the most iconic villains in movie history and maybe even the most famous in the horror genre!

Chucky attempted to persuade weak-willed children to commit evil acts. This was until he met Andy, a boy who put a stop to his evil plans and rejected his bad thoughts. He was such a pure, kind, and quick-witted child who realized that Chucky was a bad influence on him.

He understood that Chucky was only his friend on the outside and was only using him to exact revenge. Despite the scary things he experienced, he remained strong and defeated Chucky in the end.

Yes, Child’s Play is a scary and thrilling movie. But, we cannot forget that Child’s Play is an excellent movie franchise for teaching children to choose friends wisely and forgive those who have wronged them.

Which of these Child’s Play quotes helped you overcome your fears? What lessons did you learn from Chucky and Andy? Comment below!