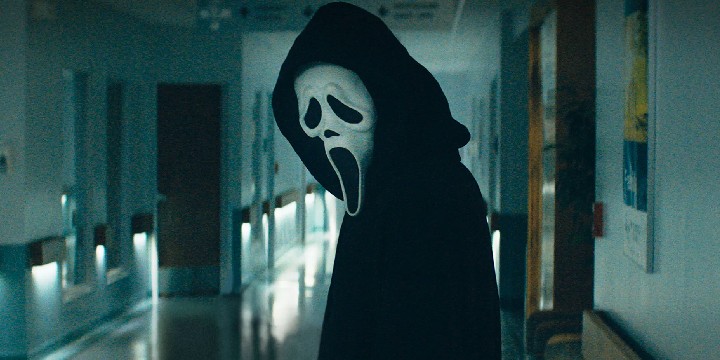 If you like horror movies and want to read something that’s both hilarious and scary at the same time, these Scream quotes are perfect for you.

When people are scared or watching a horror movie, they frequently scream. It is a normal reaction to something painful or frightening, so it’s really no surprise. If you’re looking for something full of mystery and suspenseful scenes, Scream will not disappoint you.

However, the suspense and thrill of the Scream franchise will not only make you scream at the top of your lungs, but it will also make you laugh out loud due to its humor. It’s been so well-received that the franchise ventured into more than just movies. It also includes a television series, a game, merchandise, and more.

So, If you’re looking for something both scary and light, keep reading these Scream quotes from the movies. We’re sure they’ll get you excited enough to check out the television series and game too!

And don’t forget to check out these Ghostface quotes and Chucky quotes.

3. “Did we ever find out why Hannibal Lecter likes to eat people? Don’t think so! See, it’s a lot more scarier when there’s no motive, Sid.” – Billy

4. “You should never say ‘who’s there?’ Don’t you watch scary movies? It’s a death wish. You might as well come out here to investigate a strange noise or something.” – Ghostface

5. “I am sorry if my traumatized life is an inconvenience to you and your perfect existence.” – Sidney

7. “There are certain rules that one must abide by in order to successfully survive a horror movie.” – Randy

8. “There’s always some stupid bullshit reason to kill your girlfriend. That’s the beauty of it all! Simplicity! Besides, if it gets too complicated, you lose your target audience.” – Randy

Billy: “Sure it is, Sid. It’s all a movie. It’s all one great big movie. Only you can pick your genre.”

12. “You make me so sick. Your entire havoc-inducing, thieving, whoring generation disgusts me.” – Principal Himbry

14. “People treat me like I’m the anti-Christ of television journalism.” – Gale

16. “Not so fast, we’re going to play a little game. It’s called: Guess who just called the police and reported your sorry motherf*cking *ss!” – Sidney

17. “Maternal abandonment causes serious deviant behavior. It certainly f*cked you up. It caused you to have sex with a psychopath.” – Billy

19. “If you were the only suspect in a senseless bloodbath—would you be standing in the horror section?” – Randy

20. “What’s the point? They’re all the same. Some stupid killer stalking some big-breasted girl who can’t act who is always running up the stairs when she should be running out the front door.” – Sidney

21. Randy: “Careful. This is the moment when the supposedly eliminated slayer comes back to life, for one last scare.”

22. Stuart: “Because there’s no way a girl could have killed them.”

Tatum: “That is so sexist. The killer could have easily been a female. Basic instinct.”

27. “Guess I remembered the safety that time, bastard.” – Gale

Creepy Scream Quotes That Will Make You Cringe

29. “I’m going to slit your eyelids in half so you don’t blink when I stab you in the face.” – Ghostface

30. “Fairness would be to rip your insides out and hang you from a tree.” – Principal Himbry

32. “You know what time it is, Sid? It’s after midnight. It’s your mom’s anniversary. We killed her exactly one year ago today.” – Billy

33. “If you want to be in the hospital, I’d be happy to put you there in the f*cking morgue!” – Ghostface

34. “Scary night isn’t it? With the murders and all, it’s like right out of a horror movie or something.” – Ghostface

35. “It’s so sad. Her mom and dad found her hanging from a tree limb, her insides on the outside.” – Tatum

36. “If you hang up on me you’ll die just like your mother! Do you wanna die Sidney? Your mother sure didn’t.” – Ghostface

37. “Listen up. They found Principal Himbry dead. He was gutted and hung from the goal post on the football field.” – Randy

Ghostface: “Because I want to know who I’m looking at.”

40. Casey: “Look, I am two seconds away from calling the police!”

Ghostface: “They’ll never make it in time. We’re out in the middle of nowhere.”

Stuart: “You take a knife and you slit them from groin to sternum.”

Billy: “You hear that Stu? I think she wants a motive. Well, I don’t really believe in motives, Sid, I mean did Norman Bates have a motive?”

Funny Scream Quotes for a Lighter View of the Scenes

44. “I wouldn’t dream of breaking your underwear rule.” – Billy

48. “Don’t go there, Sid. You’re starting to sound like some Wes Carpenter flick or something. Don’t freak yourself out, okay? We’ve got a long night ahead of us.” – Tatum

49. “Everybody dies but us. We get to carry on and plan the sequel, ’cause, let’s face it, baby, these days you gotta have a sequel.” – Stuart

Randy: “I probably should be. I never thought I’d be so happy to be a virgin.”

How Many Scream Movies Have You Watched?

Scream’s famous for the serial killer who wears a Ghostface mask. He’s inspired by different horror movies where the victims are slashed and gutted. This character’s become such a classic that his costume became a go-to Halloween attire for kids and adults alike.

More than being an icon, the Scream franchise captured the hearts of audiences worldwide because of its intense scenes and sharp wit and humor. It’s created with such a unique flair that you can’t help but watch each movie from start to finish.

The movies in this franchise are so unlike your usual horror movies, where you can usually get the overall feel and plot. Ghostface’s actions, together with the other characters’ reactions, will undoubtedly keep you guessing until the end. Also, the fact that the killer’s identity is unknown adds to the suspense and makes you hold your breath in every scene.

We hope we were able to satisfy your hunger for intense and fun quotes from the movies. Feel free to reread this list whenever you need another good laugh—or just want to scream!

Which of these quotes makes you cringe? Which were the funniest quotes for you? Please, leave them in the comments.