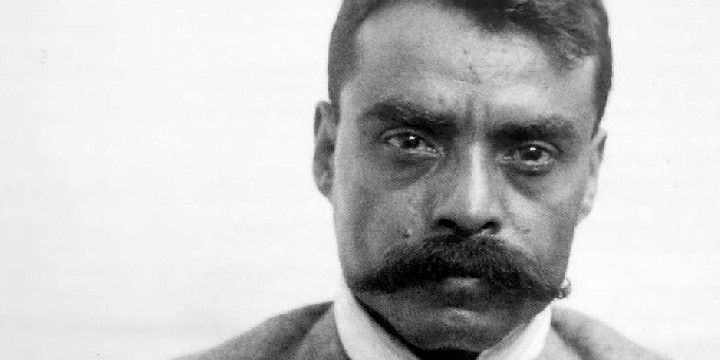 Read through some of the top Emiliano Zapata quotes to learn how to have the courage to fight for the sake of the vulnerable and oppressed.

On August 8, 1879, in Morelos, Mexico, Emiliano Zapata was born. He was a hero, a patriot, a leader, and a brave man. He stood up to Carranza and other wicked people who sought to conquer Mexico.

Our country is our identity and our home; we should fight for it at all costs. We can show our patriotism by taking good care of our resources, respecting our laws, and loving each other. That’s why we’ve collected these quotes that can strengthen your nationalism and pride in your own country.

And don’t forget to check out these Che Guevara quotes and Pancho Villa quotes.

1. “It is better to die on your feet than to live on your knees.” – Emiliano Zapata

2. “If there is no justice for the people, let there be no peace for the government.” – Emiliano Zapata

3. “The land belongs to those who work it with their hands.” – Emiliano Zapata

4. “I forgive those who murder and steal because they did it out of necessity, but a traitor never.” – Emiliano Zapata

5. “I am resolved to struggle against everything, and everybody.” – Emiliano Zapata

7. “Seek justice from tyrannical governments not with your hat in your hands, but with a rifle in your fist.” – Emiliano Zapata

8. “I want to die as a slave to principles, not to men.” – Emiliano Zapata

9. “It is better to die fighting than to die on your knees.” – Emiliano Zapata

10. “Ignorance and obscurantism have never produced anything other than flocks of slaves for tyranny.” – Emiliano Zapata

11. “The enemies of the country and of freedom of the people have always denounced as bandits those who sacrifice themselves for the noble causes of the people.” – Emiliano Zapata

12. “One of the happiest days of my life is when I made five or six hundred pesos from a crop of watermelons I raise all on my own.” – Emiliano Zapata

16. “I am determined to fight against everything, and against everyone without any bulwark, other than the trust and support of my people.” – Emiliano Zapata

17. “If you move away from that old mold of dictatorships and are inspired by the purest patriotism, putting aside the traitors of the institutions, listening to the voice of the revolution, which is the voice of the people, then you will have conquered the esteem and applause of his compatriots.” – Emiliano Zapata

18. “Call your conscience, meditate a moment without hatred, without passions, without prejudices, and this luminous truth as the sun will inevitably emerge before you; the revolution is the only thing that can save the Republic.” – Emiliano Zapata

19. “The stream of people, who have witnessed our efforts will answer with voices of an anathematized clarion, the legion of ‘traitors scientists’ that even in the terrible shadows of their defeat forge new chains for the people or try to crush the claim of slaves, pariahs, of automatons and lackeys.” – Emiliano Zapata

20. “I have risen not to enrich myself, but to defend and fulfill that sacrosanct duty of the honest Mexican people, and I am willing to die at any time because I carry the purity of feeling in the heart and tranquility of conscience.” – Emiliano Zapata

21. “And not satisfied yet, he insults and hits him, flaunting the support given by the courts, because the judge, the only hope of the weak, is also at the service of the scoundrel.” – Emiliano Zapata

22. “The bourgeois, not satisfied with possessing great treasures of which nobody participates in his insatiable greed, steals the product of his work to the laborer, and the laborer.” – Emiliano Zapata

23. “The revolution of 1910, erupted as an immense cry of justice, that will always live in the souls of nations, as it lives freedom in the hearts of peoples to revive them, to redeem them, to lift them from abjection to which they can not be condemned, the human species.” – Emiliano Zapata

24. “Do your duty and you will be worthy; defend your right and you will be strong, and sacrifice yourself if necessary, that later the country will rise satisfied on an unshakable pedestal and drop on your grave a handful of roses.” – Emiliano Zapata

25. “The indispensable thing is that we all go resolute to defend the common interest, and to rescue the part of sovereignty that is taken from us.” – Emiliano Zapata

26. “The principles were shipwrecked, and the fatal triumph of men was reduced to replacing one despot with another that his scepter of tyranny combined the most scandalous despotism recorded by the stages of time.” – Emiliano Zapata

27. “Many of them, for pleasing tyrants, for a handful of coins or for bribery or bribery are betraying and spilling the blood of their brothers.” – Emiliano Zapata

28. “So beautiful, conquest has cost the Mexican people a terrible sacrifice, and it is a duty, an imperative duty for all, to ensure that this sacrifice is not sterile.” – Emiliano Zapata

29. “The peasant was hungry, he suffered misery, he suffered exploitation and if he rose up in arms it was to obtain the bread that the greed of the rich denied him.” – Emiliano Zapata

30. “I prefer the death of Spartacus, riddled with wounds in the midst of freedom, before the life of Pausanias, imprisoned alive in a grave by his mother in representation of the fatherland.” – Emiliano Zapata

31. “He launched into revolt not to conquer illusory political rights that do not feed but to procure the piece of land that must provide food, and freedom, a happy home and a future of independence.” – Emiliano Zapata

32. “It is not fair that those of us who have long waved the banner of the Plan of Ayala, which is concretized to lands and liberties, leave it in the hands of a few ambitious people who only seek wealth at the cost of the sweat of the working people.” – Emiliano Zapata

33. “The enemies of the fatherland and the liberties of the peoples have always called bandits, those who sacrifice themselves for the noble causes of them.” – Emiliano Zapata

34. “Zapata refused to profit from tyranny or to accept it, and that was what impressed his followers the most.” – Albert Rolls

36. “Zapata is among the most conscientious examples of a revolutionary that one is likely to encounter in history.” – Albert Rolls

37. “Many of the peasants were unable to accept Zapata’s death. For them, he was too smart, too strong, too important, too symbolic of their cause to die, and in a sense, they were right, for he lived on in their stories.” – Samuel Brunk

38. “In the face of a victory that could have brought wealth to him rather than collective justice to the people of Morelos—his home state—he kept fighting for the agrarian reforms he took up arms to achieve, proving a counterexample to conventional rebels.” – Albert Rolls

39. “The life of Mexican revolutionary Emiliano Zapata was the stuff that legends are made of.” – Samuel Brunk

40. “Denounced as a bandit and called the Attila of the South during the Mexican Revolution early in the 20th century, Emiliano Zapata was later made, by an act of the Mexican legislature, an official national hero and came to be regarded as one of Mexico’s most notable 20th-century figures.” – Albert Rolls

What Can You Sacrifice for the Sake of Your Country?

Emiliano Zapata was a Mexican revolutionary who led an agricultural reform and armed struggle until he died in 1919. He was a patriot who helped the vulnerable and oppressed peasants to fight for their rights.

He fought for their political and economic freedom and led them out of poverty. Even after his assassination, his works continued. This even inspired the Zapatista agrarian reform.

The world is full of wicked people who will prey on the weak for their benefit. We hope these Emiliano Zapata quotes inspired you to fight for your rights and never allow others to step on you.

Which of these Emiliano Zapata quotes encouraged you to fight for your rights? Please, drop them in the comments area below.