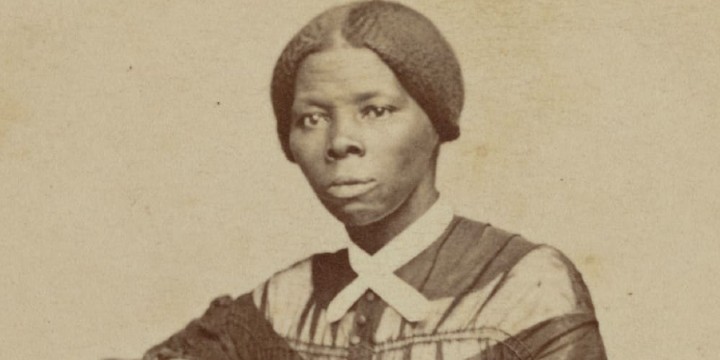 These Harriet Tubman quotes will open your eyes to new realities and inspire you to fight for what is right.

Harriet was born a slave and raised on the Eastern Shore of Maryland. She, like most slaves, was abused and separated from her family, and her future appeared bleak. During her lowest moments, it seemed that there was no hope, no light, and no way for a better future.

But, her horrifying experiences inspired her to fight for freedom. Her will to fight for independence gave hope to others experiencing the same things.

To better understand her life, check our complete list below!

And don’t forget to check out these Benjamin Franklin quotes and George Washington quotes.

1. “When I found I had crossed that line, I looked at my hands to see if I was the same person. There was such glory over everything.”

2. “Every great dream begins with a dreamer. Always remember, you have within you the strength, the patience, and the passion to reach for the stars to change the world.”

3. “I was the conductor of the Underground Railroad for eight years, and I can say what most conductors can’t say—I never ran my train off the track and I never lost a passenger.”

4. “I would fight for my liberty so long as my strength lasted, and if the time came for me to go, the Lord would let them take me.”

5. “The Lord who told me to take care of my people meant me to do it just as long as I live, and so I did what He told me.”

6. “Most of those coming from the mainland are very destitute, almost naked. I am trying to find places for those able to work and provide for them as best I can, so as to lighten the burden

on the Government as much as possible, while at the same time they learn to respect themselves by earning their own living.”

8. “I grew up like a neglected weed—ignorant of liberty, having no experience of it. Then I was not happy or content.”

11. “Stop searching for happiness in the same place you lost it.”

12. “Change is not dismantling the old, it’s building the new.”

13. “The sun came up like gold through the trees and I felt like I was in heaven.”

Harriet Tubman Quotes That Speak of Her Faith in God

14. “And I prayed to God to make me strong and able to fight, and that’s what I’ve always prayed for ever since.”

17. “God’s time is always near. He gave me my strength and He set the North Star in the heavens. He meant I should be free.”

20. “I had crossed the line. I was free; but, there was no one there to welcome me to the land of freedom. I was a stranger in a strange land.”

22. “Now I’ve been free, I know what a dreadful condition slavery is. I have seen hundreds of escaped slaves, but I never saw one who was willing to go back and be a slave.”

23. “I had reasoned this out in my mind; there was one of two things I had a right to, liberty or death; if I could not have one, I would have the other; for no man should take me alive.”

24. “I have heard their groans and sighs and seen their tears, and I would give every drop of blood in my veins to free them.”

27. “I think there’s many a slaveholder’ll get to Heaven. They don’t know better. They act up to the light they have.”

28. “Quakers are almost as good as colored. They call themselves friends and you can trust them every time.”

29. “If a person would send another into bondage, he would, it appears to me, be bad enough to send him into hell if he could.”

Did You Find Harriet Tubman’s Efforts to End Slavery Moving and Inspiring?

Harriet Tubman is recognized as one of the most well-known Underground Railroad conductors. During the Civil War, she also served as a spy for the Union Army. With her experiences, there’s no doubt that she’d been able to contribute tremendously to history.

But, unlike children nowadays, her childhood was filled with adversity. Physical violence was a daily occurrence for Tubman and her family. Her physical injuries left permanent scars, both inside and out, that shaped her to be the leader she was.

Furthermore, achieving her own freedom was only the beginning for Harriet Tubman. She then returned to help abolish thousands of slaves in the South.

She indeed left an incredible civil rights legacy, and her bravery changed the world. With that, she is definitely a historical figure of great admiration and an American icon. We hope the quotes above shed light on her contributions to the world.

So, which of her quotes are your favorites? Drop them in the comments section below!