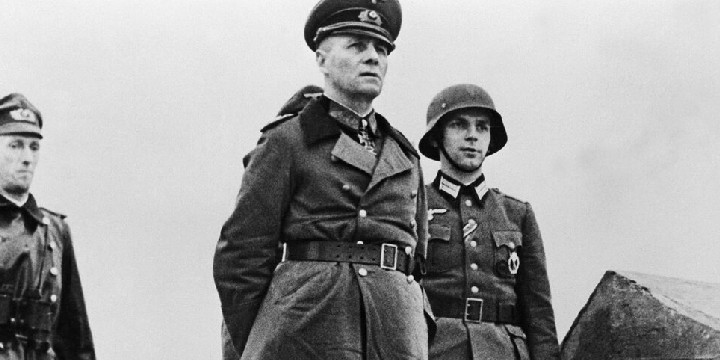 Use these tactical Erwin Rommel quotes to help you plan your way of life and overcome any obstacles you may face.

During World War II, Erwin Johannes Eugen Rommel, also known as “The Desert Fox,” was a German field marshal and commander. He earned the respect of both his troops and his opponents as a humanitarian and competent leader. His skills and vast source of war tactics brought them success.

We all face challenges in life that we must overcome to succeed. That is why we’ve gathered these quotes from a tactics expert to help you figure out how to deal with them.

1. “Don’t fight a battle if you don’t gain anything by winning.”

3. “One of the most important factors, not only in military matters but in life as a whole, is the ability to direct one’s whole energies towards the fulfillment of a particular task.”

4. “Sweat saves blood, blood saves lives, but brains save both.”

5. “For me, soldiers are all equal. Those Black people wore your same uniform, fought on your side, and so you will be in the same jail.”

7. “In a man-to-man fight, the winner is he who has one more round in his magazine.”

9. “Courage which goes against military expediency is stupidity, or if it is insisted upon by a commander, irresponsibility.”

11. “I would rather be the hammer than the anvil.”

12. “Be an example to your men, in your duty, and in private life. Never spare yourself and let your troops see that you don’t in your endurance of fatigue and privation. Always be tactful and well-mannered. Avoid excessive sharpness or harshness of voice, which usually indicates the man who has shortcomings of his own to hide.”

13. “Gentlemen, you have fought like lions and been led by donkeys.”

14. “One must not judge everyone in the world by his qualities as a soldier, otherwise, we should have no civilization.”

15. “Just as always in a moment of extreme danger, things can be done which had previously been thought impossible.”

17. “Messages can’t be intercepted if they aren’t sent, can they?”

18. “Whether I would survive a defeat lies in God’s hands. The lot of the vanquished is heavy. I’m happy in my own conscience that I’ve done all I can for victory and have not spared myself.”

20. “If I had to take hell, I would use the Australians to take it and the New Zealanders to hold it.”

21. “In the absence of orders, go find something and kill it.”

22. “Mortal danger is an effective antidote for fixed ideas.”

23. “It is often possible to decide the issue of a battle merely by making an unexpected shift of one’s main weight.”

24. “The future battle on the ground will be preceded by battle in the air. This will determine which of the contestants has to suffer operational and tactical disadvantages and be forced throughout the battle into adoption compromise solutions.”

25. “Winning the men’s confidence requires much of a commander. He must exercise care and caution, look after his men, live under the same hardships, and—above all—apply self-discipline. But once he has their confidence, his men will follow him through hell and high water.”

26. “There is one unalterable difference between a soldier and a civilian; the civilian never does more than he is paid to do.”

27. “The battle is fought and decided by the quartermasters, long before the shooting begins.”

28. “One cannot permit unique opportunities to slip by, for the sake of trifles.”

30. “Training errors are recorded on paper. Tactical errors are etched in stone.”

Erwin Rommel Quotes to Give You the Confidence to Power Through

32. “Good soldiers, bad officers; however don’t forget that without them we would not have any civilization.”

33. “Better too much spadework than too little! This work saves blood.”

34. “There are always times where the place of a commander isn’t back with his Major State, but onward with his troops.”

35. “Give me the Maori Battalion and I will conquer the world.”

36. “The best form of welfare for the troops is first-class training, for this saves unnecessary casualties.”

37. “The Italian command was, for the most part, not equal to the task of carrying on war in the desert, where the requirement was lightning decision followed by immediate action.”

38. “The commander must be at constant pains to keep his troops abreast of all the latest tactical experience and developments, and must insist on their practical application. He must see to it that his subordinates are trained in accordance with the latest requirements.”

39. “It’s better for one to die than for all of us to be killed in a shooting affray. Anyway, we’ve practically no ammunition.”

40. “The organization of supplies, the command of men, anything in any way constructive requires more than intellect; it requires energy and drive and an unrelenting will to serve the cause, regardless of one’s personal interests.”

41“The American generals showed themselves to be very advanced in the tactical handling of their forces, although we had to wait until the Patton Army in France to see the most astonishing achievements in mobile warfare.”

42. “The commander must establish personal and comradely contact with his men, but without giving away one inch of authority.”

43. “The enemy wins their battles from the air! They knock out my panzers with American armor-piercing shells.”

44. “The battle is going very heavily against us. We’re being crushed by the enemy’s weight. We are facing very difficult days, perhaps the most difficult that a man can undergo.”

45. “The enemy must be annihilated before he reaches our main battlefield. We must stop him in the water, destroying all his equipment while it is still afloat!”

46. “It is my experience that bold decisions give the best promise of success. But one must differentiate between strategic and tactical boldness and a military gamble.”

47. “We could do with some of those razor blades, Herr Reichsmarshall.”

48. “Thus the British lost the very able and adaptable commander David Stirling of the desert group SAS which had caused us more damage than any other British unit of equal strength.”

49. “Anyone who has to fight, even with the most modern weapons, against an enemy in complete command of the air, fights like a savage against modern European troops, under the same handicaps and with the same chances of success.”

50. “The military career of most of the people who aimed these accusations at us was notable for a consistent absence from the front, on the principle of, ‘Weit vom Schuss Gibt alte Kreiger’—‘Far from the battle makes old soldiers.’”

51. “A bold operation is one in which success is not a certainty but which in case of failure leaves one with sufficient forces in hand to cope with whatever situation may arise.”

52. “The art of concentrating strength at one point, forcing a breakthrough, rolling up and securing the flanks on either side and then penetrating like lightning deep into his rear, before the enemy has time to react.”

53. “A gamble, on the other hand, is an operation which can lead either to victory or to the complete destruction of one’s force. Situations can arise where even gamble may be justified—as, for instance, when in the normal course of events defeat is merely a matter of time, when the gaining of time is therefore pointless—and the only chance lies in an operation of great risk.”

54. “It is during the pursuit, when the beaten enemy is still dispirited and disorganized, that most prisoners are made and most booty captured.”

55. “To every man of us, Tobruk was a symbol of British resistance and we were now going to finish with it for good.”

More Erwin Rommel Quotes That You Need to Know

56. “In Tunisia, the Americans had to pay a stiff price for their experience, but it brought rich dividends.”

57. “Manstein is a man of illusions. He believes Hitler will listen to facts.”

58. “In view of my services in Africa, I have the chance of dying by poison. Two generals have brought it with them. It is fatal in three seconds. If I take the poison, none of the usual steps will be taken against my family; that is, against you. They will also leave my staff alone.”

59. “He seemed very depressed and upset about the Stalingrad disaster. He said that one is always liable to look on the black side of things after a defeat, a tendency which can lead one into dangerous and false conclusions.”

60. “I would rather he had given me one more division.”

What Can You Say About Erwin Rommel’s Leadership?

Erwin Rommel was a skilled tactician knowledgeable in armor and combat. He’s also acknowledged as a great humanitarian leader and someone who led his men to many victories and taught them more than just fighting.

He was someone who led by example and inspired his troops to go above and beyond. But, he was linked to an assassination conspiracy against Adolf Hitler. Erwin Rommel was then persuaded to commit suicide as punishment.

Life will always be challenging and full of ups and downs. We hope that these Erwin Rommel quotes were able to encourage you to make wise decisions in your life. Allow these quotes to inspire you never to give up and to continue fighting.

Which Erwin Rommel quotes resonated with you the most? Please, drop them in the comments area below.