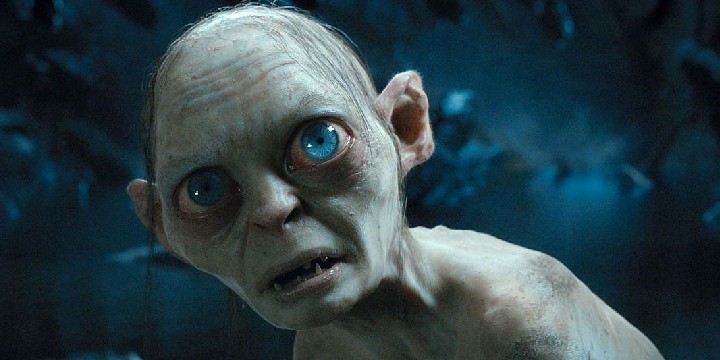 If you want to get a better understanding of power, then make sure you read through this list of the best Gollum quotes.

Gollum is one of the main antagonists of J.R.R Tolkien’s The Lord of the Rings. He serves as Frodo’s evil guide, in contrast to Gandalf, the good one.

Through his character, we get a concrete image of how one is destroyed when consumed with power.

However, even with Gollum’s dark personality and traits, he is integral in destroying the Ring.

This role is so crucial that no one can contest that The Lord of the Rings wouldn’t be the hit that it is without Gollum’s lines and appearances.

So, if you miss his character, make sure you don’t miss out on this collection we’ve created for you. Scroll through to the end and find your favorite Gollum quotes!

And make sure to read these Lord of the Rings Quotes and Gandalf quotes.

1. “Many that live deserve death. And some that die deserve life. Can you give it to them? Then do not be too eager to deal out death in judgment, for even the very wise cannot see all ends.”

3. “It’s the job that’s never started as takes the longest to finish.”

4. “It cannot be seen, cannot be felt, cannot be heard, cannot be smelt. It lies behind stars and under hills, and empty holes it fills. It comes first and follows after, ends life, kills laughter.”

6. “They cursed us. Murderer, they called us. They cursed us and drove us away. And we wept, precious. We wept to be so alone.”

7. “Hobbits always so polite, yes! O nice Hobbits! Sméagol brings them up secret ways that nobody else could find. Tired he is, thirsty he is, yes thirsty, and he guides them, and he searches for paths, and they saw sneak, sneak. Very nice friends, o yes, my precious, very nice.”

9. “And if he loses? What then? Well, if he loses precious, then we eats it! If Baggins loses, we eats it whole!”

12. “We wants it, we needs it. Must have the precious. They stole it from us. Sneaky little Hobbitses. Wicked, tricksy, false!”

19. “Master betrayed us. Wicked, tricksy, false. We ought to wring his filthy little neck. Kill him! Kill him! Kill them both. And then, we take the precious, and we be the master!”

23. “Give it to us raw and wriggling. You keep nasty chips.”

24. “The precious will be ours, once the Hobbitses are dead!”

Gollum Quotes for The Lord of the Rings Fans

26. “Wicked Men. Servants of Sauron. They are called to Mordor. The Dark One is gathering all armies to him. It won’t be long now. He will soon be ready.”

29. “Master should be resting. Master needs to keep up his strength.”

30. “I found it, I did—the way through the marshes. Orcs don’t use it. Orcs don’t know it. They go around for miles and miles. Come quickly. Soft and quick as shadows we must be.”

Short Gollum Quotes That You Will Never Forget

36. “And they doesn’t taste very nice, does they, precious?”

39. “What’s it saying, my precious, my love? Is Sméagol losing his nerve?”

42. “Master says to show him the way into Mordor, so good Sméagol does master says so.”

43. “Sméagol has to take what’s given to him. He was given that name by kind Master Samwise, the Hobbit that knows so much.”

46. “Why does he hates poor Sméagol? What has Sméagol ever done to him? Master?”

47. “Sméagol will get into real true hot water. When this water boils, if he don’t do as he asked.”

49. “Come on, Hobbits. Longways to go yet. Sméagol will show they way. Clever Hobbits to climb so high!”

50. “He wants it. He needs it! Sméagol sees it in his eyes. Very soon, he will ask you for it, you will see, the fat one will take it from you.”

Did These Gollum Quotes Make You Realize How Destructive Power Can Be?

Gollum’s relative, Déagol, initially found the Ring. Gollum was blinded by greed, and he ended up killing his relative to obtain it. Starting from that day, his whole life changed, and he harnessed the power that made him feel invincible.

However, the benefits that came with the Ring’s ownership also brought evil to him. His mind was corrupted with greed to the point that he killed anyone who had some sort of interest in the Ring.

The same is true in life. Many of us may forget and abandon our morals and loved ones after realizing that we have great power. But, we must remember that living like that never holds meaning; eventually, obsessing over great power would lead to our demise.

After all, life is all about enjoying the little things and being with the people you cherish. With that, we hope Gollum’s words and experiences were able to make you realize what you can’t live without in this world.

Which Gollum quote is your favorite? Do you have more to add to the collection? Leave a comment below!