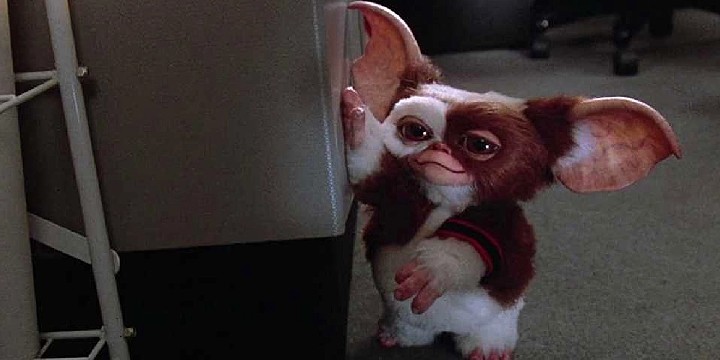 Read these Gremlins quotes we’ve compiled if you need something fun and hilarious to start your day.

Gremlins is a Christmas movie packed with all the works. It has Christmas music, snow, carolers, decorations, and gifts! However, what’s supposed to be a happy and fun-filled holiday becomes chaotic due to gremlins wreaking havoc across town.

These little creatures pack a punch; they’re aggressive and destructive monsters that spawn whenever they get wet, fed after midnight, or exposed to sunlight. But, as they say, always expect the unexpected. At one point in the movie, at least one of these rules gets broken, thus leading to the gremlins’ multiplication.

Through this sneak peek of the plot, we can already see how hilarious and exciting this Christmas movie is.

So, read through the end of this list. Aside from laughing out loud, we’re sure you’ll also find some meaningful lessons from Gremlins.

And don’t forget to check out these Jingle All the Way quotes and The Santa Clause quotes.

1. Kate Beringer: “Now I have another reason to hate Christmas.”

Billy Peltzer: “What are you talking about?”

Kate Beringer: “The worst thing that ever happened to me was on Christmas. Oh, God. It was so horrible. It was Christmas Eve. I was nine years old. Me and Mom were decorating the tree, waiting for Dad to come home from work. A couple of hours went by. Dad wasn’t home. So, Mom called the office. No answer. Christmas Day came and went, and still nothing. So the police began a search. Four or five days went by. Neither one of us could eat or sleep. Everything was falling apart. It was snowing outside. The house was freezing, so I went to try to light up the fire. That’s when I noticed the smell. The firemen came and broke through the chimney top. And me and Mom were expecting them to pull out a dead cat or a bird. And instead, they pulled out my father. He was dressed in a Santa Claus suit. He’d been climbing down the chimney—his arms loaded with presents. He was gonna surprise us. He slipped and broke his neck. He died instantly. And that’s how I found out there was no Santa Claus.”

2. “Gremlins. You got—you gotta watch out for them foreigners ’cause they plant gremlins in their machinery. It’s the same gremlins that brought down our planes in the big one.” – Murray Futterman

4. Roy Hanson: “This is a cocoon, and inside he’s going through changes. Lots of changes.”

Randall Peltzer: “I thought you said everything at your grandfather’s store was for sale.”

Mr. Wing: “With Mogwai comes much responsibility. I cannot sell him at any price.”

Sheriff Frank Reilly: “Hundreds of them?”

Billy Peltzer: “I don’t know, maybe thousands. Look, I know it sounds crazy. I know it does, but in a matter of hours, this town’s going to become a major disaster area, and now you have got to warn people!”

Sheriff Frank Reilly: “I think the kid is drunk.”

Deputy Brent Frye: “No, but you are!”

Deputy Brent Frye: “You always get to drive!”

9. Gerald Hopkins: “If it is not Captain Clip-on! Guess who almost filed for unemployment today?”

Billy Peltzer: “I give up.”

Gerald Hopkins: “You! But, Mr. Corben had other ideas. He gets so sentimental around the holidays. I would’ve fired you in a heartbeat.”

Billy Peltzer: “And a merry Christmas to you too. Excuse me, Mr. Jones.”

11. Billy Peltzer: “You mean you understand what he’s saying?”

Mr. Wing: “To understand, one has only to listen.”

Mr. Wing: “Maybe one day, you will be ready. Until then, Mogwai will be waiting.”

Randall Peltzer: “Sir, before you go, I want you to know I am truly sorry for all this. I want to offer you this. There’s one. There’s one other one, but it’s an invention of mine.”

Randall Peltzer: “How did you know?”

Mr. Wing: “Man at gas station try to sell me. Latest word in technology. Sure will come in handy.”

Billy Peltzer: “They’re watching Snow White. And they love it.”

Sheriff Frank Reilly: “Yeah, but what the hell is he doing now? What’s that stuff he’s got all over him?”

More Gremlins Quotes to Keep In Your Heart

15. Mr. Wing’s Grandson: “Look, Mister, there are some rules that you’ve got to follow.”

Mr. Wing’s Grandson: “First of all, keep him out of the light; he hates bright light, especially sunlight. It’ll kill him. Second, don’t give him any water, not even to drink. But the most important rule, the rule you can never forget, no matter how much he cries, no matter how much he begs, never feed him after midnight.”

17. “You say you hate Washington’s Birthday or Thanksgiving, and nobody cares, but you say you hate Christmas and people treat you like you’re a leper.” – Kate Beringer

18. “Well, that’s the story. So, if your air conditioner goes on the fritz or your washing machine blows up, or your video recorder conks out; before you call the repairman turn on all the lights, check all the closets and cupboards, look under all the beds, ’cause you never can tell there just might be a gremlin in your house.” – Randall Peltzer

19. “Goddamn foreign TV. I told you we should’ve got a Zenith.” – Murray Futterman

Mrs. Joe Harris: “I’m afraid none of us can pay for two weeks. Couldn’t you just get Mr. Corben to just give us a little more time?”

Ruby Deagle: “Mrs. Harris, the bank and I have the same purpose in life—to make money. Not to support a lot of deadbeats!”

Ruby Deagle: “Well, now you know what to ask Santa for, don’t you?”

What Would You Do if You Had a Gremlin of Your Own?

There’s no doubt that Gremlins is a movie we can watch over and over, especially when the holiday season comes around. However, aside from all the funny scenes, it also gives us a better view of topics like commercialism and how it works its way into our lives.

The movie’s central premise is a father trying to find his son the perfect Christmas present. He’s been away often because of business, and he feels like giving his son the greatest gift of all time is the only way to make up for it. But, remember, nothing can ever buy love and affection.

In a way, how the gremlins took over the town symbolizes how consumerism can consume our hearts and souls. This can also happen in real life if we allow ourselves to focus on greed and material things instead of love and joy.

So, this year, remember the true essence of Christmas. Never mistake it for a season of gifts and luxury. Read this list of Gremlins quotes again whenever you need a reminder of this beautiful Christmas lesson.