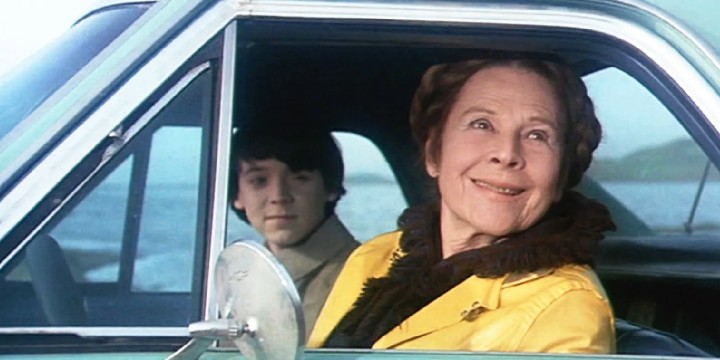 Learn to appreciate every second of your existence by reading these top 20 Harold and Maude quotes!

Everyone has a different way of living. We see such a great example of this through Harold and Maude. They are two people who handle and live their lives in unique and opposite ways.

Harold is a man who feels emotionally neglected by his mother, which leads to his obsession with death. He stages his death frequently and even attends a stranger’s funeral, where he develops a special bond with a woman named Maude.

Maude is a 79-year-old who’s living her life to the fullest. She’s such a special soul. Who would have imagined a 79-year-old lady still being a risk-taker?

Her willingness to experience all of life inspires Harold to do the same. And, through his encounters with Maude, Harold slowly learns how to embrace life. So, if you want some inspiring life lessons from this duo, read this collection we’ve prepared!

And don’t forget to check out these As Good as It Gets quotes and Rain Man quotes.

1. “A lot of people enjoy being dead. But they are not dead, really. They’re just backing away from life. Reach out. Take a chance. Get hurt even. But play as well as you can. Go, team, go! Give me an ‘L.’ Give me an ‘I.’ Give me a ‘V.’ Give me an ‘E.’ Live! Otherwise, you got nothing to talk about in the locker room.” – Maude Chardin

2. Harold Parker Chasen: “I am sure picking up on vices.”

Maude Chardin: “Vice, virtue. It’s best not to be too moral. You cheat yourself out of too much life. Aim above morality. If you apply that to life, then you’re bound to live life fully.”

3. Harold Parker Chasen: “This is real nice. Makes me want to do somersaults.”

Maude Chardin: “Well, why don’t you?”

Maude Chardin: “Harold, everyone has the right to make an ass out of themselves. You just can’t let the world judge you too much.”

4. “Dreyfus once wrote from Devil’s Island that he would see the most glorious birds. Many years later, in Brittany, he realized they had only been seagulls. For me, they will always be glorious birds.” – Maude Chardin

5. Harold Parker Chasen: “You hop in any car you want and just drive off?”

Maude Chardin: “Well, not any car. I like to keep a variety. I’m always looking for a new experience.”

Maude Chardin: “Well, if some people get upset because they feel they have a hold on some things, I’m merely acting as a gentle reminder. Here today, gone tomorrow. So don’t get attached to things now. With that in mind, I’m not against collecting stuff.”

Maude Chardin: “A gift! ‘Harold loves Maude—and Maude loves Harold.’ This is the nicest gift I’ve received in years. So I’ll always know where it is.”

8. “Well, what do you say, Harold? Ahh, it’s a great life. There’s action, adventure, advising, and you’ll get a chance to see the war firsthand. And there are plenty of slant-eyed girls. Why it’ll make a man out of you, Harold. You’ll travel the world, put on a uniform and take on a man’s job. You’ll walk tall, with a glint in your eye, and a spring in your step, and the knowledge in your heart that you are working for peace and are serving your country. Just like Nathan Hale. Now that’s what this country needs—more Nathan Hales.” – General Victor Ball

9. Harold Parker Chasen: “You sure have a way with people.”

10. “Consistency is not really a human trait.” – Maude Chardin

12. “You know, at one time, I used to break into pet shops to liberate the canaries. But I decided that was an idea way before its time. Zoos are full; prisons are overflowing. Oh my, how the world still dearly loves a cage.” – Maude Chardin

13. Psychiatrist: “That’s very interesting, Harold, and I think, very illuminating. There seems to be a definite pattern emerging. And, of course, this pattern, once isolated, can be coped with. Recognize the problem, and you are halfway on the road to its, uh, its solution. Uh, tell me, Harold, what do you do for fun? What activity gives you a different sense of enjoyment from the others? Uh, what do you find fulfilling? What gives you that special satisfaction?”

14. Maude Chardin: “I should like to change into a sunflower most of all. They’re so tall and simple. What flower would you like to be?”

Harold Parker Chasen: “I don’t know. One of these, maybe.”

Maude Chardin: “Why do you say that?”

Maude Chardin: “Ooh, but they’re not. Look. See, some are smaller, some are fatter, some grow to the left, some to the right, and some even have lost some petals. All kinds of observable differences. You see, Harold, I feel that much of the world’s sorrow comes from people who are this, yet allow themselves to be treated as that.”

15. Harold Parker Chasen: “The earth is my body, my head is in the stars.”

Maude Chardin: “Who said that, Harold?”

Maude Chardin: “Well, I suppose I did, then.”

17. Maude Chardin: “That little tree. It’s in trouble. Come on. Look at it, oh. It’s suffocating. Well, it’s the smog. You know, people can live with it, but trees—it gives them asthma. They can’t breathe. The leaves, look, they’re turning all brown. Harold, we have got to do something about this life.”

Maude Chardin: “We’ll transplant it. To the forest.”

Harold Parker Chasen: “You can’t do that.”

Maude Chardin: “Why not?”

Maude Chardin: “Pray? No. I communicate.”

19. Maude Chardin: “That was fun! Let’s play something together.”

Maude Chardin: “Nothing? Dear me, everybody should be able to make some music. That’s the cosmic dance.”

20. Harold Parker Chasen: “What were you fighting for?”

Maude Chardin: “Oh, big issues. Liberty. Rights. Justice. Kings died, and kingdoms fell. I don’t regret the kingdoms; what sense in borders and nations and patriotism? But I miss the kings.”

What Steps Do You Need to Take to Live Your Life to the Fullest?

Throughout the movie, it becomes clear that Harold’s obsession with death is just driven by his unfamiliarity with what it is like to be alive. He never got to make the most of life until he met Maude. When Maude teaches him what it means to truly live, Harold embraces his life and lets go of his obsession with death.

So, we should all learn from Harold’s mistake; don’t treat life, suicide, and death as a joke. Remember, life is the greatest gift that is given to humanity. Like Maude, appreciate every moment and maximize it as if it’s your last time.

After all, our life is only borrowed; it can be taken from us at any moment, whether we expect it or not. Let’s all stop living a mundane life. Instead, fill every second and moment with color, joy, and love!

Don’t be afraid or shy about living your life to the fullest! Be yourself, do what makes you happy, and never mind the judgment in this world. If you’re not hurting other people, there’s nothing wrong with making the most out of your life!