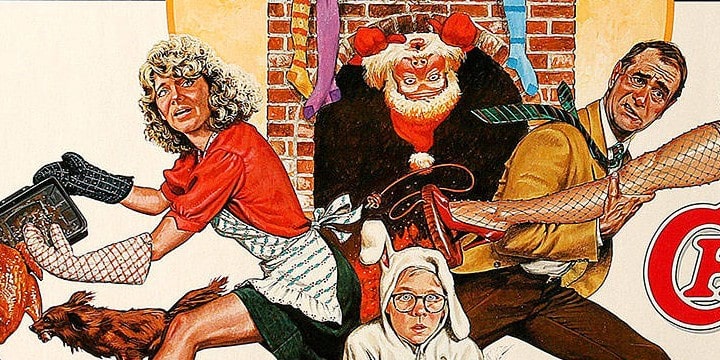 Get ready to get a new perspective on your favorite holiday through these A Christmas Story quotes we’ve gathered!

Many Christmas movies took the world by storm when they were released, and they’re usually outrageously hilarious or profound, meaningful, and heartwarming. A Christmas Story is a mix of these two, which is what makes it so unique.

On the one hand, you get to see Ralphie Parker’s cynical view of the holiday, the essence of Christmas, and how people actually see it. On the flip side, it allows us to reflect on the childhood memories that make us who we are today.

So, if you’re curious about Ralphie Parker’s Christmases when he was younger, read on! You’ll find some amazingly relevant lines from the list of quotes below.

And don’t forget to check out these Nightmare Before Christmas quotes and National Lampoon’s Christmas Vacation quotes.

1. “Adults loved to say things like that, but kids knew better. We knew darn well it was always better not to get caught.” – Ralphie Parker

2. “In our world, you were either a bully, a toady, or one of the nameless rabble of victims.” – Ralphie Parker

3. “Christmas had come officially. We plunged into the cornucopia quivering with desire and the ecstasy of unbridled avarice.” – Ralphie Parker

4. “Oh, life is like that. Sometimes, at the height of our revelries, when our joy is at its zenith, when all is most right with the world, the most unthinkable disasters descend upon us.” – Ralphie Parker

5. Ralphie Parker: “Oh fudge! Only I didn’t say ‘fudge.’ I said the word, the big one, the queen-mother of dirty words, the ‘F-dash-dash-dash’ word!”

Ralphie Parker: “It was all over—I was dead. What would it be? The guillotine? Hanging? The chair? The rack? The Chinese water torture? Hmph. Mere child’s play compared to what surely awaited me.”

Ralphie Parker: “Now it was serious. A double-dog-dare. What else was there but a ‘triple dare you?’ And then, the coup de grace of all dares, the sinister triple-dog-dare.”

Ralphie Parker: “Schwartz created a slight breach of etiquette by skipping the triple dare and going right for the throat!”

7. “In the heat of battle, my father wove a tapestry of obscenity, that as far as we know is still hanging in space over Lake Michigan.” – Ralphie Parker

8. “Be sure to drink your Ovaltine. Ovaltine? A crummy commercial! Son of a bitch!” – Ralphie Parker

9. “Only one thing in the world could’ve dragged me away from the soft glow of electric sex gleaming in the window.” – Ralphie Parker

Hilarious A Christmas Story Quotes to Repeat All Day

Mr. Parker: “Alright, I’ll get that kid to eat. Where’s my screwdriver and my plumber’s helper? I’ll open up his mouth, and I’ll shove it in.”

Mr. Parker: “He does, too; he looks like a pink nightmare!”

Mrs. Parker: “Well, put your arms down when you get to school.”

16. Ralphie Parker: “The old man stood there, quivering with fury, stammering as he tried to come up with a real crusher. All he got out was—.”

A Christmas Story Quotes That Will Make You Laugh

17. “Every family has a kid that won’t eat. My little brother had not eaten voluntarily in over three years.” – Ralphie Parker

18. Ralphie Parker: “Some men are Baptists, others Catholics; my father was an Oldsmobile man.”

Mr. Parker: “That son of a bitch would freeze up in the middle of summer on the equator!”

19. “Over the years I got to be quite a connoisseur of soap. My personal preference was for Lux, but I found Palmolive had a nice, piquant after-dinner flavor—heady, but with just a touch of mellow smoothness. Lifebuoy, on the other hand—.” – Ralphie Parker

21. “Aunt Clara had for years labored under the delusion that I was not only perpetually four years old, but also a girl.” – Ralphie Parker

Mrs. Schwartz: “Probably from his father.”

23. “Of course. Santa. The big man. The head honcho. The connection. Ha, my mother had slipped up this time.” – Ralphie Parker

24. “Let’s face it, most of us are scoffers. But moments before zero hour, it did not pay to take chances.” – Ralphie Parker

25. “My old man’s spare tires were only actually tires in the academic sense. They were round and had once been made of rubber.” – Ralphie Parker

26. “Ralphie, you’re lucky it didn’t cut your eye! Those icicles have been known to kill people.” – Mrs. Parker

27. “Now, I had heard that word at least ten times a day from my old man. He worked in profanity the way other artists might work in oils or clay. It was his true medium; a master.” – Ralphie Parker

28. “Randy lay there like a slug. It was his only defense.” – Ralphie Parker

29. “There has never been a kid who didn’t believe that he would be stricken blind before he reached 21, and then they’d be sorry.” – Ralphie Parker

30. Mr. Parker: “Don’t you touch that! You were always jealous of this lamp.”

Mrs. Parker: “Jealous of a plastic—.”

Mrs. Parker: “That’s ridiculous. Jealous. Jealous of what? That is the ugliest lamp I have ever seen in my entire life!”

Which Quote From A Christmas Story Can You Relate to the Most?

Now that we’re adults, we know what the true essence of Christmas is. But, let’s be honest. When we were kids, we were excited about the coming of the holiday because of the gifts we’ll be receiving, the vacation we’ll have, and all the treats we get to eat!

A Christmas Story is all about these little snippets of joy we felt as a kid. It’s a movie that gets us honest about how some people view the holiday. Some may feel like it’s a consumerist holiday that companies put forward to get people to buy more, but for some, it’s a heartwarming time for family and loved ones.

No matter how you remember your Christmases as a child, we hope that now that you’re an adult, you get to take it for what it is. Remember that this holiday is not only a time for giving and receiving gifts but also a time to spread compassion, kindness, and love to people—even strangers!

With that, we hope you were able to reminisce about the best days of your childhood Christmases through this list. In addition, let this movie keep you grounded whenever this season comes!