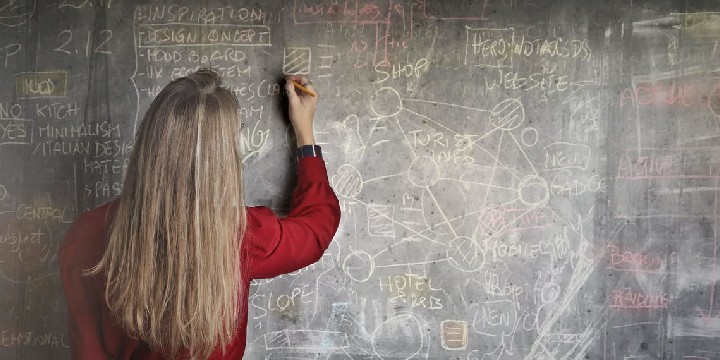 Reading this list of intelligence quotes will help you use your mind to make smarter and wiser decisions!

Intelligence is one of the most powerful tools humankind has.

It is the ability to use our brain’s power to solve problems and think creatively. In its most basic form, it’s the combination of our knowledge, skills, and experience.

We use our intelligence in our everyday life.

You may not be aware of it, but every decision we make, every action we take, and every thought that comes into our mind are all due to our intelligence. It is what makes us read books, drive cars, use computers, play games, and so on.

Being intelligent is something important in our personal and professional lives.

By improving our mental capacity, we’re able to grab better opportunities. And, if we keep at it, we’ll eventually live better and happier lives!

So, if you’re interested in improving your mental capacity, check out this collection! Read through to the end and understand how important intelligence is in our lives.

And don’t forget to check out these sanity quotes.

1. “Intelligence is more important than strength; that is why the earth is ruled by men and not by animals.” – Amit Kalantri

2. “It takes something more than intelligence to act intelligently.” – Fyodor Dostoyevsky

3. “The measure of intelligence is the ability to change.” – Albert Einstein

4. “The test of a first-rate intelligence is the ability to hold two opposed ideas in the mind at the same time, and still retain the ability to function.” – F. Scott Fitzgerald

5. “True intelligence operates silently. Stillness is where creativity and solutions to problems are found.” – Eckhart Tolle

6. “Intelligence is not to make no mistakes, but quickly to see how to make them good.” – Bertolt Brecht

7. “The intelligence is proved not by the ease of learning, but by understanding what we learn.” – Joseph Whitney

8. “The sign of an intelligent people is their ability to control emotions by the application of reason.” – Marya Mannes

9. “Intelligence is quickness to apprehend as distinct form ability, which is the capacity to act wisely on the thing apprehended.” – Alfred North Whitehead

10. “God gives us the intelligence to uncover the wonders of nature. Without the gift, nothing is possible.” – James Clavell

11. “Intelligence without ambition is a bird without wings.” – Salvador Dalí

12. “Intelligence is really a kind of taste: taste in ideas.” – Susan Sontag

13. “It has yet to be proven that intelligence has any survival value.” – Arthur C. Clarke

14. “Intelligence is the quickness in seeing things as they are.” – George Santayana

15. “The greatest intelligence is precisely the one that suffers most from its own limitations.” – André Gide

16. “Your intelligence is measured by those around you; if you spend your days with idiots, you seal your own fate.” – Mary M. Illigassch

17. “Intelligence is the best antidote. An intelligent world does not make war; it avoids it.” – L.A. Machado

18. “The ability to observe without evaluating is the highest form of intelligence.” – Jiddu Krishnamurti

19. “An intelligent person is never afraid or ashamed to find errors in his understanding of things.” – Bryant H. McGill

20. “The difference between intelligence and education is this: intelligence will make you a good living.” – Charles F. Kettering

21. “One of the functions of intelligence is to take account of the dangers that come from trusting solely to the intelligence.” – Lewis Mumford

22. “Intelligence is the ability to make good choices in many different contexts.” – Daeyeol Lee

23. “An exceptionally intelligent person will know from experience that they are not like most other people. They don’t pretend to be good at everything, but they know what they are good at.” – Robert Jameson

Short Intelligence Quotes That Are Worth Reading

24. “Action is the real measure of intelligence.” – Napoleon Hill

25. “The best intelligence test is what we do with our leisure.” – Laurence J. Peter

26. “Intelligence is the ability to avoid doing work, yet getting the work done.” – Linus Torvalds

29. “Intelligence is the wife; imagination is the mistress, memory is the servant.” – Victor Hugo

30. “Intelligence is the art of good guesswork.” – Horace Barlow

31. “Intelligence flourishes only in the ages when belief withers.” – Emil M. Cioran

33. “Intelligence is an accident of evolution, and not necessarily an advantage.” – Isaac Asimov

34. “To lack intelligence is to be in the ring blindfolded.” – David M. Shoup

36. “Intelligence is not unique for humans, because all animals have certain abilities to select their actions appropriate to maximize the likelihood of their survival and reproduction in their environments.” – Daeyeol Lee

37. “Our intelligence is needed to solve all kinds of problems we face in our society. Therefore, it is critical for us to be aware of potential weaknesses and biases in our intelligence.” – Daeyeol Lee

38. “Intelligence is what you use when you don’t know what to do: when neither innateness nor learning has prepared you for the particular situation.” – Jean Piaget

Intelligence Quotes to Help You Improve Your Mental Capacity

39. “To educate the intelligence is to expand the horizon of its wants and desires.” – James Russel Lowell

40. “The thing is that you don’t get to be intelligent if you are arrogant. Being intelligent requires hard work.” – Robert Jameson

41. “The capacity for intelligent thought is a skill, but one that bears testament to the diligence and hard work as much as to innate ability.” – Robert Jameson

42. “Intelligence is the greatest tool available for the accomplishment of a thorough development of the individual personality, the means of surpassing one’s self.” – L.A. Machado

Intelligence Quotes for Those Who Want to Reach Success

44. “The intelligent man is one who has successfully fulfilled many accomplishments, and is yet willing to learn more.” – Ed Parker

45. “The truth is that intelligence, knowledge, and domain expertise are vastly overrated as the driving forces behind competitive advantage and sustainable success.” – Patrick Lencioni

46. “Most intelligent people fail and succeed because of their desire to achieve something greater than their intelligence.” – Anuj Jasani

48. “Intelligence, in diapers, is invisible. And when it matures, out the window, it flies. We have to pounce on it earlier.” – Stanisław Jerzy Lec

49. “The intelligence of that creature known as a crowd is the square root of the number of people in it.” – Terry Pratchett

50. “A great deal of intelligence can be invested in ignorance when the need for illusion is deep.” – Saul Bellow

51. “Intelligence is so damn rare, and the people who have it often have such a bad time with it that they get bitter or propagandistic, and then it’s not much use.” – Ernest Hemingway

52. “There is no one, who possesses intelligence and uses reflection, who does not understand that it is one Being who both created all things and governs them with the same energy by which He created them.” – Lactantius

53. “Intelligence is a hard thing to evaluate, and it manifests itself in so many different ways. I do think the ability to know how to live a life and not be miserable is a sign of that.” – Todd Solondz

Intelligence Quotes That Are Based on Facts

54. “Human intelligence has been applied to a vast range of problems, ranging from foraging for food and water to the problems in physics and mathematics.” – Daeyeol Lee

55. “Human intelligence is something all humans share in common: it is what traditionally marks us out from other animals.” – Nicholas Mackintosh

56. “Intelligence plus experience creates ideas and experimentation with that form of chemistry—the contact of ideas with events-is the field of adult education.” – Felix Morley

More Intelligence Quotes That You Will Enjoy

58. “A man’s intelligence is seldom questioned as long as he can keep his tongue from trying to prove it. Evan Esarake war, it avoids it.” – L.A. Machado

59. “Intelligence is unprincipled, but stupidity is honest and straightforward.” – Fyodor Dostoyevsky

60. “Many highly intelligent people are poor thinkers. Many people of average intelligence are skilled thinkers. The power of a car is separate from the way the car is driven.” – Edward de Bono

Did This Collection Help You Understand How We Use Intelligence in Everything?

Intelligence is vital to our lives. Without it, we wouldn’t be able to understand the world around us, find a job, or even protect ourselves from harm. But, it’s not enough to have intelligence; we also need to develop it to reach our full potential.

The first step in improving your intelligence is figuring out what you already know. Take the time to reflect on everything you’ve learned in the past few years. Then, write down all those things to see the patterns and relate them together.

After that, start putting them into action by trying out new skills in your daily life. For instance, if you want to develop your skills in music, learn how to play an instrument. If you want to build your vocabulary, read books and check dictionaries.

Intelligence can be learned, improved, and increased over time through experience and practice. So, start developing your intelligence by finding what works best for you!

With that, we hope this list of intelligence quotes was able to help you better understand how to use and develop your mental abilities. Never forget to put your knowledge to use and apply it to your daily life!