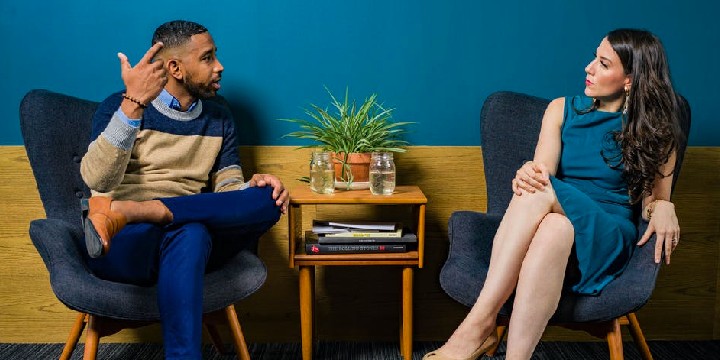 These top 60 judging others quotes will help people understand and respect one another!

There are times when people just can’t help but judge others by their looks, gender, social class, and lifestyles.

Even though they do not know the whole story and the reasons behind someone’s situation, many individuals still make harsh comments about it. They don’t realize that their criticism significantly impacts people’s perception of themselves.

Words are powerful and can leave a significant mark on people’s minds. You may feel like it’s not a big deal, but for others, it could be a deep wound that would never heal. Remember, hurtful words could never be taken back.

So, take this collection as a sign to stop judging others. Through our compilation of quotes, you will discover the power of words.

Maybe it’ll also help you develop a habit of thinking before speaking, too!

And don’t forget to check out these cutting people off quotes and trust no one quotes.

1. “Your judgments about another person say more about your own character than the character of the person you are pointing the finger at.” – Alaric Hutchinson

2. “Judging others makes us blind, whereas love is illuminating. By judging others, we blind ourselves to our own evil and to the grace which others are just as entitled to as we are.” – Dietrich Bonhoeffer

3. “We can never judge the lives of others because each person knows only their own pain and renunciation. It’s one thing to feel that you are on the right path, but it’s another to think that yours is the only path.” – Paulo Coelho

4. “When you judge others, you do not define them, you define yourself.” – Earl Nightingale

5. “If you spend time judging and criticizing people, you will not have time to heal from your pain or brokenness. You cannot love yourself when you judge or criticize others who are created in God’s image and after His likeness in which you are also created.” – Kemi Sogunle

6. “There’s a story behind every person. There’s a reason why they’re the way they are. Think about that before you judge someone.” – Anonymous

7. “Our judgments judge us, and nothing reveals us, exposes our weaknesses, more ingeniously than the attitude of pronouncing upon our fellows.” – Paul Valery Flametree

8. “Everything we judge in others is something within ourselves we don’t want to face.” – Anonymous

9. “Do not be the judge of people; do not make assumptions about others. A person is destroyed by holding judgments about others.” – Gautam Buddha

10. “How would your life be different if you stopped making negative judgmental assumptions about people you encounter? Let today be the day. You look for the good in everyone you meet and respect their journey.” – Steve Maraboli

11. “Everyone has untold stories of pain and sadness that make them love and live a little differently than you do. Stop judging; instead, try to understand.” – Anonymous

12. “If I stop judging other people, I free myself from being judged.” – Patti Digh

14. “When we stop judging others and ourselves, our heart begins to open.” – Swami Dhyan Giten

15. “Let’s stop judging others and relieve them of the heavy burden they are carrying on their shoulders because of us.” – Saurabh Sharma

16. “A person that judges others will inevitably judge themselves harshly. It is only when one stops judging others that one can truly appreciate the beauty within.” – Ando Oomae

Judging Others Quotes From the Bible

17. “Let us not, therefore, judge one another anymore, but judge this rather, that no man put a stumbling block or an occasion to fall in his brother’s way.” – Romans 14:12-13

18. “For in the same way you judge others, you will be judged, and with the measure you use, it will be measured to you.” – Matthew 7:2

19. “The spiritual person judges all things but is himself to be judged by no one.” – 1 Corinthians 2:15

Powerful Judging Others Quotes to Live By

21. “Never judge someone’s character based on the words of another. Instead, study the motives behind the words of the person casting the bad judgment.” – Suzy Kassem

22. “No one likes feeling judged. Back off and let people live. We’re all on some type of journey, all evolving and growing.” – Anonymous

24. “Don’t judge too harshly, for if your weaknesses were to be placed under your footsteps, most likely you would stumble and fall as well.” – Richelle E. Goodrich

Short Judging Others Quotes for Those Who Love to Criticize People

26. “Judging a person does not define who they are. It defines who you are.” – Wayne Dyer

27. “By judging others, you make yourself easy to judge.” – Ashly Lorenzana

28. “Judge not others unless you’re prepared to be judged!” – Johnny Rotten

29. “Once you awaken, you will have no interest in judging those who sleep.” – Anonymous

30. “Do not judge, and you will never be mistaken.” – Jean-Jacques Rousseau

32. “Easy to judge the mistakes of others, difficult to recognize our own mistakes.” – Anonymous

34. “Not judging people is the fastest way to peace.” – Jonathan Jackson

35. “Who judges others condemns himself.” – Martin H. Manser

36. “In judging others, folks will work overtime for no pay.” – Charles Edwin Carruthers

38. “Judging the things you do not understand is like a game of gambling where setbacks are more often than success.” – Amit Kalantri

39. “No accurate thinker will judge another person by that which the other person’s enemies say about him.” – Napoleon Hill

40. “Judging others is easy because it distracts us from the responsibility of judging ourselves.” – Charles F. Glassman

41. “Most people who are criticizing and judging haven’t even tried what you failed at.” – David Goggins

42. “Still, it was a sad state of the world that people judged others, not by the best that they could be but by the worst thought in their own hearts.” – Elizabeth Hoyt

44. “When we generalize and judge people quickly without taking ample time, we’ve chosen a shortcut. It’s superficial of us and a lack of wisdom.” – Assegid Habtewold

45. “People who judge others tell more about who they are than who they judge.” – Donald L. Hicks

46. “If we judge others, it is because we are judging something in ourselves of which we are unaware.” – John A. Sandford

47. “If you are pained by external things, it is not they that disturb you but your own judgment of them. And it is in your power to wipe out that judgment now.” – Marcus Aurelius

48. “People make mistakes. When you judge them, you measure their weakness against your own strength. That’s not a fair measure. They have their strength, too. Their strength might be the weakest point in your life.” – Nesta Jojoe Erskine

50. “When you judge other people without wanting to know the true story behind their actions, it is usually when there is something inside of you that is so broken that if you found out what you believed about them was a lie, you wouldn’t want to accept it or make amends.” – Shannon L. Alder

51. “When we come to judge others, it is not by ourselves as we really are that we judge them, but by an image that we have formed of ourselves from which we have left out everything that offends our vanity or would discredit us in the eyes of the world.” – William Somerset Maugham

52. “Judgment separates us from the people we want to be close to incredibly quickly. Whether it’s our internal self-judgment that shuts down opportunities for connection or our judgment of others that makes it hard for loved ones to open up to us, judgment is cancer for authenticity in relationships.” – Gina Senarighi

53. “Open your mind to the world and the many different ways that can be found in it before making hasty judgments of others. After all, the very same thing that you judge from where you are may very well be something totally different in meaning on the other side of the world. The problem with making hasty judgments is that it will emphasize your ignorance at the end of the day.” – C. JoyBell C.

Profound Judging Others Quotes for You to Reflect On

54. “While you were busy judging others, you left your closet open, and a lot of skeletons fell out.” – Anonymous

55. “Never judge another knight without first knowing the strength and cunning of the dragons he fights.” – Richelle E. Goodrich

56. “You want to remember that while you’re judging the book, the book is also judging you.” – Stephen King

57. “Judging is giving too much value on the surface and missing the value beneath.” – Dee Dee Artner

Other Judging Others Quotes That You Will Learn From

58. “None are more unjust in their judgments of others than those who have a high opinion of themselves.” – Charles Spurgeon

59. “A man’s judgment of another depends more on the judging and on his passions than on the one being judged and his conduct.” – Paul Tournier

60. “To judge a man by his weakest link or deed is like judging the power of the ocean by one wave.” – Elvis Presley

Do You Think Judging Others Will Bring You Joy and Success?

Even though it’s part of human nature to compare ourselves to others, we must find a way to control and change our judgmental attitudes. You should not allow yourself to make a habit of criticizing other people. If you continue making these kinds of judgments, no one will stay by your side in the end.

You should open your mind to other people’s situations. We all have circumstances and hardships in life, but judging them won’t make you any better than them. In fact, your negative comments and criticisms reflect the kind of person you are.

So, stop being judgmental and instead be more open and understanding of what other people are going through. We all have different paths to take; the earlier you understand, the better.

Always remember that no one is perfect. If you don’t want to be judged by others for your imperfections, then stop yourself from constantly criticizing others!