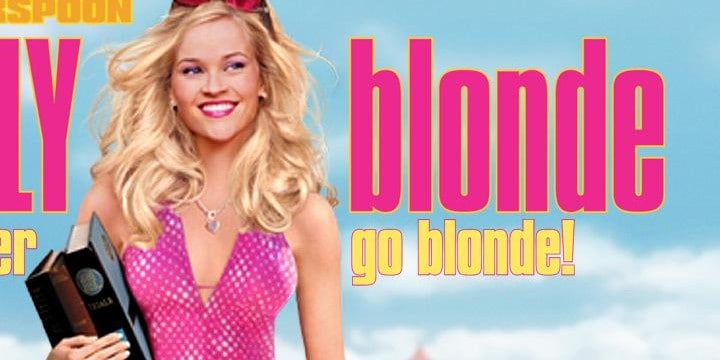 There’s nothing like some Legally Blonde quotes to cheer you up and take you back to your favorite memories when you were younger!

Legally Blonde is a movie released in the early 2000s that took the world by storm! It was so unique, relatable, and hilarious that it even got renewed for two more movies, a Broadway musical, and a reality TV series.

It zooms in on Elle Woods, an upbeat and bright girl who seems spoiled, carefree, and someone who just wants to have fun. However, Elle is misunderstood. In truth, she’s confident in her abilities, intelligent, amazingly witty, and could get herself out of sticky situations.

Aside from that, Elle Woods is a girl who genuinely wants to help people—maybe that’s one of the things that pushed her into wanting to become a lawyer and enroll in Harvard! Sadly, she’s underestimated by her classmates and professors. But, in the end, she proves them wrong.

If you’re a fan of Elle Woods, anything pink, or just want to learn more about what it takes to become a lawyer, read on! We’re positive these Legally Blonde quotes will entertain you and teach you valuable lessons!

And make sure to check out these Seinfeld quotes and Die Hard quotes.

1. “The rules of hair care are simple and finite. Any Cosmo girl would have known.” – Elle Woods

2. “Whoever said orange is the new pink was seriously disturbed.” – Elle Woods

4. “I changed my mind. I’ll take the dangerous one because I’m not afraid of a challenge.” – Elle Woods

7. Warner Huntington III: “You got into Harvard Law?”

9. “On our very first day at Harvard, a very wise Professor quoted Aristotle, ‘The law is reason free from passion.’ Well, no offense to Aristotle, but in my three years at Harvard, I have come to find that passion is a key ingredient to the study and practice of law—and of life. It is with passion, courage of conviction, and a strong sense of self that we take our next steps into the world, remembering that first impressions are not always correct. You must always have faith in people. And most importantly, you must always have faith in yourself. Congratulations, class of 2004, we did it!” – Elle Woods

12. “When used appropriately, it has an 83% rate of return on a dinner invitation. It’s called the bend and snap.” – Elle Woods

Elle Woods: “Oh, I like your outfit too, except when I dress up as a frigid bitch, I try not to look so constipated.”

15. Elle Woods: “Is that low-viscosity rayon? With a half-loop top stitching on the hem?”

Boutique Saleswoman: “Of course. It’s one of a kind.”

Elle Woods: “It’s impossible to use a half-loop stitching on low-viscosity rayon. It would snag the fabric. And you didn’t just get it in—I saw it in the June Vogue a year ago. So if you’re trying to sell it to me for full price, you’ve picked the wrong girl.”

Elle Woods: “Oh, and it’s scented! I think it gives it a little something extra, don’t you think?”

17. “Trust me, Paulette, you have all the equipment. You just need to read the manual.” – Elle Woods

18. Elle Woods: “Chutney, why is it Tracy Marcinco’s curls were ruined when she got hosed down?”

Chutney Windham: “Because they got wet?”

Elle Woods: “Exactly. Because isn’t the first cardinal rule of perm maintenance that you’re forbidden to wet your hair for at least 24 hours after getting a perm at the risk of deactivating the ammonium thioglycolate?”

Elle Woods: “And wouldn’t somebody who had, say, 30 perms before in their life be well aware of this rule, and if, in fact, you weren’t washing your hair as I suspect you weren’t because your curls are still intact, wouldn’t you have heard the gunshot, and if in fact, you had heard the gunshot Brooke Windham wouldn’t have had time to hide the gun before you got downstairs. Which means you would have had to find Brooke Windham with a gun in her hand to make your story plausible, isn’t that right?”

Chutney Windham: “She is my age. Did she tell you that? How would you feel if your father married someone who was your age?”

Elle Woods: “You, however, Chutney, had time to hide the gun after you shot your father.”

Chutney Windham: “I didn’t mean to shoot him! I thought it was you walking through the door!”

19. “Do you think she woke up one morning and said, ‘I think I’ll go to law school today?’” – Professor Callahan

20. “I’m a law student who just realized her professor is a pathetic asshole.” – Elle Woods

22. Elle’s Mom: “Honey, you were first runner-up at the Miss Hawaiian Tropics contest. Why are you going to throw that all away?”

Elle Woods “Going to Harvard is the only way I’m going to get the love of my life back.”

Elle’s Father: “Oh, sweetheart, you don’t need law school. Law school is for people who are boring and ugly and serious. And you, button, are none of those things.”

23. Professor Callahan: “Would you rather have a client who committed a crime malum in se or malum prohibitum?”

Professor Callahan: “And why’s that?”

Elle Woods: “I would rather have a client who’s innocent.”

25. “If you’re going to let one stupid prick ruin your life, you’re not the girl I thought you were.” – Professor Stromwell

26. “I’ve already lost my husband; I’d rather go to jail than lose my reputation.” – Brooke Taylor

Elle Woods: “Maybe not to your face!”

30. “I once had to judge a tighty-whitey contest for Lambda Kappa Pi. Trust me, I can handle anything.” – Elle Woods

31. Elle Woods: “That’s great, Paulette. Is that the only interaction you two have ever had?”

Paulette Bonafonte: “No! Sometimes, I say ‘okay’ instead of ‘fine.’”

32. Warner Huntington III: “I told you. I need someone serious.”

Elle Woods: “But I’m seriously in love with you.”

33. “All people see when they look at me is blonde hair and big boobs.” – Elle Woods

34. “For that matter, all masturbatory emissions, where his sperm was clearly not seeking an egg, could be termed reckless abandonment.” – Elle Woods

35. “I grew up in Bel-Air, Warner. Across the street from Aaron Spelling. I think most people would agree that’s a lot better than some stinky old Vanderbilt.” – Elle Woods

Do You Aspire to Have the Same Confidence as Elle Woods?

Society is brutal and dictates how one should act, look, speak, and even think. It forces us to adjust and conform to others’ expectations because that’s what everyone perceives as normal. However, should we really let others dictate who or what we want to be?

Elle Woods was underestimated and regarded as a handful by her classmates and professors just because she looked and acted differently than other aspiring lawyers. She’s into fashion and romance and was an overly bubbly and bright girl. This led others to believe that she was not fit to be a lawyer.

But, Elle Woods proved them all wrong. No matter what career you want to pursue—even if it seems irrelevant to your passions and hobbies—go for it! You’ll certainly make it work if you put the same effort into your career as in your hobbies.

After all, while talent is a great help in reaching success, nothing can be compared to hard work. One must be determined and firm when striving for one’s goals; this is precisely what we’ve learned from Legally Blonde. Elle never let naysayers get in the way of her dreams—even if it were her parents or friends discouraging her from becoming a lawyer.

So, like Elle Woods in Legally Blonde, just go for what truly makes you happy! No one should ever dictate who or what you should be. Follow your dreams and live your life to the fullest!