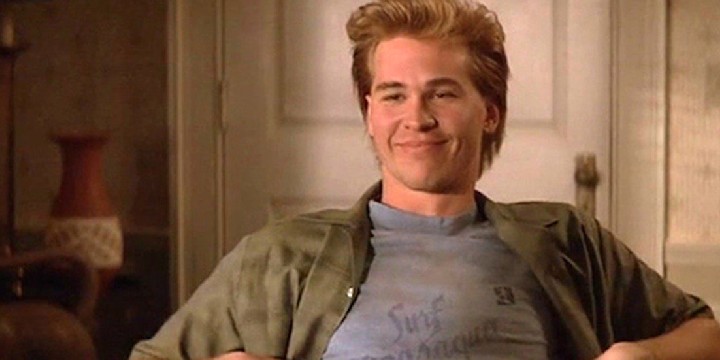 Sci-fi movies with loads of comedy are famous for their memorable lines, so we’ve listed some of the best Real Genius quotes!

In this 1985 movie, a chemical laser is invented by college students named Mitch Taylor and Chris Knight. Because of their intelligence, they were tasked with this project and successfully finished it.

Unknowingly, they were building a laser that the CIA intended to use as a weapon to carry out mass destruction. When they discovered their scheme, they did everything they could to stop the military from using their invention for evil.

Indeed, Real Genius tells us a lot about how far our intelligence can go and how to prevent it from being used for the wrong purposes.

We’ve compiled the 20 best quotes from the movie, so make sure you don’t miss out!

And make sure to read these Johnny Dangerously quotes and Land of the Lost quotes.

1. “Moles and trolls, moles and trolls, work, work, work, work, work. We never see the light of day. We plan this thing for weeks, and all they want to do is study. I’m disgusted. I’m sorry, but it’s not like me; I’m depressed. There was what, no one at the mutant hamster races, we only had one entry into the Madame Curie look-alike contest, and he was disqualified later. Why do I bother?” – Chris Knight

2. Chris Knight: “Have you ever seen a body like this before in your life?”

David Decker: “She happens to be my daughter.”

Chris Knight: “Oh. Then I guess you have.”

3. “What are you looking at? You’re laborers; you should be laboring. That’s what you get for not having an education.” – Professor Jerry Hathaway

Chris Knight: “Self-realization. I was thinking of the immortal words of Socrates who said, ‘I drank what?’”

5. “Do you mind if I name my first child after you? ‘Dipshit Knight’ has a nice ring to it.” – Chris Knight

Chris Knight: “Don’t you know that eating that stuff can give you very large breasts? Oh, my God! I’m too late!”

7. Chris Knight: “Did you touch anything?”

Chris Knight: “Good. Because all of my filth is arranged in alphabetical order. This, for instance, is under ‘H’ for ‘toy.’”

Mitch Taylor: “What is it?”

Chris Knight: “I’m kidding. It’s yet another in a long series of diversions in an attempt to avoid responsibility.”

8. “Considering the type of people you are and the environment you’re in, you have to admit the strong possibility this may be the only chance you ever have in your entire lives—to have sex.” – Chris Knight

9. Mitch Taylor: “You know, um, something strange happened to me this morning.”

Chris Knight: “Was it a dream where you see yourself standing in sort of sun-god robes on a pyramid with a thousand naked women screaming and throwing little pickles at you?”

Chris Knight: “Why am I the only one who has that dream?”

10. Professor Jerry Hathaway: “I want to see more of you around the lab.”

11. Chris Knight: “Here Mitch, taste this. Go on, you won’t hurt my feelings; just try it. What do you think, too sweet?”

Mitch Taylor: “What is it?”

Chris Knight: “I don’t know. I found it in one of the labs.”

12. Chris Knight: “Okay, if you think that by threatening me, you can get me to be your slave, well—that’s where you’re right, but, and I’m only saying this because I care, there are a lot of decaffeinated brands on the market today that are just as tasty as the real thing.”

Real Genius Quotes to Lock Inside Our Memories

Chris Knight: “You get even with Kent. It’s a moral imperative.”

Susan Decker: “Can you hammer a six-inch spike through a board with your penis?”

Susan Decker: “A girl’s gotta have her standards.”

17. “I never sleep; I don’t know why. I had a roommate, and I drove her nuts, I mean really nuts. They had to take her away in an ambulance and everything. But she’s okay now, but she had to transfer to an easier school, but I don’t know if that had anything to do with being my fault. But listen, if you ever need to talk or you need help studying just let me know, ’cause I’m just a couple of doors down from you guys, and I never sleep, okay?” – Jordan Cochran

Chris Knight: “We are? What about that time I found you naked with that bowl of Jell-O?”

Chris Knight: “This is true.”

19. Jordan Cochran: “Are you going to take me home to meet your parents?”

Jordan Cochran: “Why? Are you ashamed of me?”

20. Professor Jerry Hathaway: “When you first started at Pacific Tech you were well on your way to becoming another Einstein, and then you know what happened?”

Chris Knight: “I got a haircut?”

Do You Consider Yourself a Genius?

Nowadays, technology is developing much faster than ever before. So, it is now possible to create practically anything humans can think of. We even have 3D printers that can create something tangible from our thoughts!

Sadly, in the movie, Chris and Mitch’s talents and brains were used to build something that would harm others. Fortunately, they uncovered this in time and were able to outsmart the military. The duo could also get back at Professor Hathaway for using them.

Indeed, Real Genius shows us how much power our minds hold and why we must do everything to ensure we use it for good. Everything we do affects others. So, pause, think, and reflect before pushing ahead with your plans.

We hope that the quotes from Real Genius were able to show you how great of an influence you have on this planet. As the famous saying goes, “Knowledge is power.” Let us remember to use this for our betterment and others!