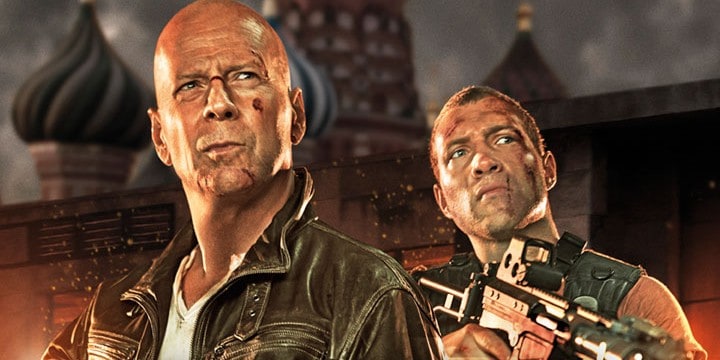 Here is a list of the best Die Hard quotes that will take you back to its intense and action-packed scenes!

Die Hard is an American action movie released in 1988. It was directed by John McTiernan and was based on the 1979 novel by Roderick Thorp. Since its first release, Die Hard immediately garnered praise resulting in four more movies in the succeeding years.

The plot revolved around John McClane, a New York City policeman, who got his family entangled in a terrorist attack. As the festivities get interrupted and no one can save the hostages, he’s left with no other choice—to do the saving himself.

This heroic characteristic made John the subject of interest of many fans worldwide. But, his ability to tackle his emotions right away is also something a lot of its viewers admired.

If you haven’t watched any of the Die Hard movies yet, or are curious to know more about John McClane’s story, you’ve come to the right place. We’ve collected these Die Hard quotes that’ll take you back to its most exciting scenes!

And don’t forget to check out these Point Break quotes and Heat quotes.

2. “Time for the real thing, Bill. All you gotta do is pull the trigger.” – John McClane

3. “If you are what I think you are then you’ll know when to shut up, when to listen, and when to pray.” – Sergeant Al Powell

4. “‘And when Alexander saw the breadth of his domain, he wept, for there were no more worlds to conquer.’ Benefits of classical education.” – Hans Gruber

5. Marco: “No more table! Where are you going to go now? Let me give you some advice: next time you have the chance to kill someone, don’t hesitate!”

John McClane: “Thanks for the advice.”

6. “Hey babe, I negotiate million-dollar deals for breakfast. I think I can handle this Eurotrash.” – Harry Ellis

7. “Come out the coast, we’ll get together, have a few laughs.” – John McClane

8. Dispatcher: “Attention whoever you are, this channel is reserved for emergency calls only.”

John McClane: “No f*cking sh*t lady, does it sound like I’m ordering a pizza?”

10. “Nine million terrorists in the world and I gotta kill one with smaller feet than my sister.” – John McClane

11. Holly Gennero McClane: “You’ll have to forgive Ellis. He gets very depressed this time of year. He thought he was God’s greatest gift. You know?”

John McClane: “Yeah, I know the type. I think he’s got his eye on you.”

Holly Gennero McClane: “That’s okay. I have my eye on his private bathroom.”

Tony Vreski: “Because you’re a policeman. There are rules for policemen.”

John McClane: “Yeah. That’s what my captain keeps telling me.”

14. “You should have heard your brother squeal when I broke his f*cking neck.” – John McClane

17. “Why don’t you take ‘this’ under consideration, motherf*cker?” – John McClane

John McClane: “*sshole? I’m not the one who just got butt-f*cked on national TV, Dwayne. Now, you listen to me, jerk off, if you’re not a part of the solution, you’re a part of the problem. Quit being a part of the f*cking problem and put the other guy back on!”

Also read: Set It Off Quotes, The Town Quotes

20. Hans Gruber: “Put down the gun and give me my detonators.”

Hans Gruber: “Put down the gun.”

John McClane: “Yeah, like you did with Takagi? Oops. No bullets, you think I’m f*ckin’ stupid, Hans?”

21. Hans Gruber: “You are most troublesome for a security guard.”

John McClane: “Sorry, Hans. Wrong guess. Would you like to go for double jeopardy where the scores can really change?”

John McClane: “Just a fly in the ointment, Hans. A monkey in the wretch. A pain in the *ss.”

22. Hans Gruber: “You Americans are all alike. Well, this time John Wayne does not walk off into the sunset with Grace Kelly.”

John McClane: “Yeah, I’m still here. Unless you wanna open the front door for me.”

Hans Gruber: “Uh, no, I’m afraid not. But, you have me at a loss. You know my name but who are you? Just another American who saw too many movies as a child? Another orphan of a bankrupt culture who thinks he’s John Wayne? Rambo? Marshal Dillon?”

John McClane: “Was always kinda partial to Roy Rogers actually. I really like those sequined shirts.”

Hans Gruber: “Do you really think you have a chance against us, Mr. Cowboy?”

Hans Gruber: “You’ll have it! But let Heinrich plant the detonators, and Theo prepare the vault! After we call the police, they’ll waste hours trying to negotiate, then you can tear the building apart looking for this man, but until then, we do not alter the plan!”

Karl Vreski: “And if he alters it?”

26. Hans Gruber: “If you’d listened to me, he would be neutralized already.”

27. Karl Vreski: “He wasn’t lying about Marco. He’s down on the street. The other one was Heinrich. And his bag is missing.”

Hans Gruber: “He had the detonators.”

28. “I shot a kid. He was 13 years old. Oh, it was dark, I couldn’t see him. He had a ray gun, looked real enough. You know, when you’re a rookie, they can teach you everything about bein’ a cop except how to live with a mistake. Anyway, I just couldn’t bring myself to draw my gun on anybody again.” – Sergeant Al Powell

30. “Did you hear that? He just let the guy die, man. He just gave him up. Gimme that headset. That’s like pullin’ the trigger yourself.” – Deputy Police Chief Dwayne T. Robinson

31. Sergeant Al Powell: “Well, what are we gonna do now? Arrest them for not paying their electric bill?”

FBI Agent Little Johnson: “We’ve shut them down. We let ’em sweat for a while, then we give ’em helicopters.”

FBI Agent Little Johnson: “I can live with that.”

FBI Agent Little Johnson: “I was in junior high, d*ckhead.”

Die Hard Quotes About How Dangerous Humans Can Be

34. Holly Gennero McClane: “After all your posturing, all your little speeches, you’re nothing but a common thief.”

Hans Gruber: “I am an exceptional thief, Mrs. McClane. And since I’m moving up to kidnapping, you should be more polite.”

35. “I wanted this to be professional, efficient, adult, cooperative. Not a lot to ask. Alas, your Mr. Takagi did not see it that way—so he won’t be joining us for the rest of his life. We can go any way you want it. You can walk out of here or be carried out. But have no illusions. We are in charge.” – Hans Gruber

37. “Mr. Takagi, I could talk about industrialization and men’s fashion all day. However, I am far more interested in the 100 million dollars in negotiable bearer bonds hidden in your vault—and the computer controls the vault.” – Hans Gruber

38. “When they touch down, we’ll blow the roof, they’ll spend a month sifting through the rubble, and by the time they figure out what went wrong, we’ll be sitting on a beach, earning 20%.” – Hans Gruber

41. “You’d have made a pretty good cowboy yourself, Hans.” – John McClane

45. John McClane: “You throw quite a party. I didn’t realize they celebrated Christmas in Japan.”

Joseph Yoshinobu Takagi: “Hey, we’re flexible. Pearl Harbor didn’t work out so we got you with tape decks.”

47. “I promise I will never even think about going up in a tall building again. Oh, God. Please don’t let me die.” – John McClane

Theo: “You didn’t bring me along for my charming personality.”

49. John McClane: “Is the building destroyed?”

Sergeant Al Powell: “No, but it’s gonna need a new paint job and a sh*t load of screen doors.”

52. “But, all things being equal, I’d rather be in Philadelphia.” – John McClane

Die Hard Quotes for Fans of the Movie

53. John McClane: “Why’d you have to nuke the whole building, Hans?”

54. “’Twas the night before Christmas, and all through the house, not a creature was stirring, except the four *ssholes coming in the rear in standard two-by-two cover formation.” – Theo

55. “Authorization? How about the United States’ f*cking government? Lose the grid, or you lose your job.” – FBI Special Agent Big Johnson

56. Joseph Yoshinobu Takagi: “You want money? What kind of terrorists are you?”

Hans Gruber: “Who said we were terrorists?”

More Die Hard Quotes for You to Enjoy

John McClane: “‘Cause I’m a New York cop. I got a six-month backlog on New York scumbags I’m still trying to put behind bars. I can’t just pick up and go that easy.”

Deputy Police Chief Dwayne T. Robinson: “How do you know that?”

Sergeant Al Powell: “A hunch, things he said. Like being able to spot a phony ID.”

Deputy Police Chief Dwayne T. Robinson: “Jesus Christ, Powell, he could be a f*cking bartender for all we know!”

60. Joseph Yoshinobu Takagi: “I don’t know it, I’m telling you. Get on a jet to Tokyo and ask the chairman. I’m telling you, you’re just going to have to kill me.”

Did You Also Feel the Intensity of the Scenes?

To this day, Die Hard is still considered one of the greatest action movies of all time. While the set pieces and props are great, no one can argue that the script is also brilliantly written. It evoked various emotions in its viewers—from guilt, excitement, love, and even hate.

Every scene in Die Hard is worth watching because it successfully fleshed out the characters’ personalities and aspirations in life. Like Sergeant Al Powell’s regrets and sadness, it also made the audience reflect on their own experiences in life.

It can also serve as a reminder that immoral deeds will only hurt you and the people around you. As observed in the movie, this thirst for violence that Karl Vreski had only pushed his friends and loved ones away.

Aside from the lessons we’ve learned from Sergeant Al Powell and Karl Vreski, let’s also reflect on the main protagonist, John McClane. Like him, always remember to be discerning when choosing friends and keep a kind and forgiving heart at all times.

We hope you were able to learn a thing or two from this collection of the best Die Hard quotes! Remember the key takeaways from this list the next time you watch the movie!

Which of these Die Hard quotes hit your heart the most? Did these quotes inspire you to do what is right? Leave a comment below, and let’s discuss!