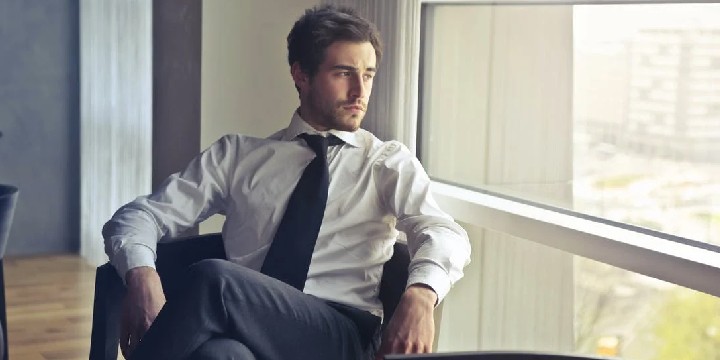 Let these top 60 morality quotes motivate you to be a good person and live an ethical life!

The world is full of rules and expectations. Some are made by society, and some are made by ourselves. But, what would happen if these rules are in conflict with our internal sense of morality?

It’s a given that sometimes, the world will contradict our morals. Although that’s the case, keep in mind that you’re not made to just go along with the status quo. We have to stand up for what we believe in, and that’s the essence of morality.

Morality is not only a system of laws but also involves forming your own principles of good behavior. It’s about figuring out the difference between right and wrong and doing what is morally correct.

So, even if the world is against your principles in life, as long as you have good intentions and you’re not stepping on anyone, there’s nothing to be afraid of.

Remember that no one has the right to tell you what to do. To help you make better decisions, read through our list of morality quotes!

And don’t forget to check out these ethics quotes and honesty quotes.

1. “A man does what he must in spite of personal consequences, in spite of obstacles and dangers and pressures—and that is the basis of all human morality.” – John F. Kennedy

3. “The true basis of morality is utility; that is, the adaptation of our actions to the promotion of the general welfare and happiness; the endeavor—so to rule our lives that we may serve and bless mankind.” – Annie Besant

4. “Morality is simply the attitude we adopt towards people whom we personally dislike.” – Oscar Wilde

5. “A system of morality which is based on relative emotional values is a mere illusion, a thoroughly vulgar conception which has nothing sound in it and nothing true.” – Socrates

6. “Morality is the basis of things, and the truth is the substance of all morality.” – Mahatma Gandhi

7. “Morality represents for everybody a thoroughly definite and ascertained idea—the idea of human conduct regulated in a certain manner.” – Matthew Arnold

8. “Morality is not just any old topic in psychology but is close to our conception of the meaning of life. Moral goodness is what gives each of us the sense that we are worthy human beings.” – Steven Pinker

9. “Morality is always the product of terror; its chains and strait-waistcoats are fashioned by those who dare not trust others because they do not dare to trust themselves, to walk in liberty.” – Aldous Huxley

10. “Our morality is based on so many factors of where we were born, who we were born to, what values were instilled in us, what values we chose, the way that our lives have shaped us. That dictates so much of what we assume is our morality and also the culture—all of these things.” – Oscar Isaac

11. “Respect for the truth comes close to being the basis for all morality.” – Frank Herbert

13. “Force and mind are opposites; morality ends where a gun begins.” – Ayn Rand

14. “Morality is only moral when it is voluntary.” – Lincoln Steffens

15. “Morality is the custom of one’s country and the current feeling of one’s peers.” – Samuel Butler

16. “Morality comes with the sad wisdom of age when the sense of curiosity has withered.” – Graham Greene

17. “The purpose of morality is to teach you, not to suffer and die, but to enjoy yourself and live.” – Ayn Rand

18. “Morality binds and blinds. It binds us into teams but thereby makes us go blind to objective reality.” – Jonathan Haidt

19. “The foundations of morality are like all other foundations. If you dig too much about them, the superstructure will come tumbling down.” – Samuel Butler

Short Morality Quotes to Make You a Better Person

22. “Morality is a private and costly luxury.” – Henry Brooks Adams

24. “The rules of morality are not the conclusion of our reason.” – David Hume

25. “The best way to teach morality is to make it a habit with children.” – Aristotle

26. “Wisdom is light, but a wise man without morals is a well without a rope.” – ‎Ronald E Pepin

27. “A person without morals is a danger to himself.” – Hjalmar Bergman

Morality Quotes for a Sound Conscience

28. “Do not do an immoral thing for moral reasons.” – Thomas Hardy

29. “A man that has lost moral sense is like a man in battle with both of his legs shot off—he has nothing to stand on.” – Henry Ward Beecher

30. “I believe morals are a part of every person. You need to listen to the correct voice in your head and follow it.” – John C. Officer

31. “Our morality must be self-supporting, dependent on issues that are already part of human nature to constrain what individuals do.” – Robert Hinde

32. “But the relationship of morality and power is a very subtle one. Because ultimately, power without morality is no longer power.” – James Baldwin

33. “The purpose of morals is practical—to be virtuous, to live a good way of life; the purpose of ethics is theoretical, to know what is morality, to have a true view of it.” – Anonymous

34. “I think the greater responsibility in terms of morality is where leadership begins.” – Norman Lear

35. “To educate a person in mind but not in morals is to educate a menace to society.” – Theodore Roosevelt

Morality Quotes to Live By

36. “Act like some adhesive tape and stick to your morals. Be persistent in your goodness in your knowledge, and in your self-control.” – Bonita G. King

37. “Stick to your morals; you know that man is not worthy of holding you or even claiming you. The hardest thing to do is to walk away from him and tell the truth.” – Lizenda Licea-Diaz

38. “Do not be too moral. You may cheat yourself out of much life so. Aim above morality. Be not simply good, be good for something.” – Henry David Thoreau

39. “What is morality in any given time or place? It is what the majority then and there happen to like, and immorality is what they dislike.” – Alfred North Whitehead

40. “The quality of moral behavior varies in inverse ratio to the number of human beings involved.” – Aldous Huxley

41. “We can’t go far in morality before realizing that right is a relative thing and that those who disagree with us may be striving for it as earnestly as we are ourselves. It is the spirit that counts.” – John Daniel Barry

Morality Quotes to Show Its Importance

42. “The most important human endeavor is the striving for morality in our actions.” – Albert Einstein

43. “People of our type see in morality a purely human matter, albeit the most important in the human sphere.” – Albert Einstein

44. “The essence of morality must be found in the careful attention to, and attentive care for, others.” – Ermanno Bencivenga

45. “Morality is of the highest importance, but for us, not for God.” – Albert Einstein

Morality Quotes to Help You Restore Your Faith in Humanity

46. “To love our neighbor as ourselves is such a truth for regulating human society that by that alone, one might determine all the cases in social morality.” – John Locke

47. “There can be no high civility without a deep morality.” – Ralph Waldo Emerson

48. “Without civic morality, communities perish; without personal morality, their survival has no value.” – Bertrand Russell

49. “Morality is character and conduct such as is required by the circle or community in which the man’s life happens to be placed. It shows how much good men require of us.” – Henry Ward Beecher

Morality Quotes That Zoom in on Religion

50. “Morality is religion in practice; religion is morality in principle.” – Joseph H. Wardlaw

51. “Religion without morality is a superstition and a curse, and morality without religion is impossible.” – Mark Hopkin Jr.

52. “Morality without religion is a tree without roots; a stream without any spring to feed it; a house built on sand; a pleasant place to live in till the heavens grow dark, and the storm begins to beat.” – Anonymous

53. “Behaving morally because of a hope of reward or a fear of punishment is not morality. Morality is not bribery or threats. Religion is bribery and threats. Humans have morality. We don’t need religion.” – Penn Jillette

Morality Quotes to Expand Your Knowledge

54. “Humans are born with a hard-wired morality—a sense of good and evil is bred in the bone. I know this claim might sound outlandish, but it’s supported now by research in several laboratories.” – Paul Bloom

55. “Every act of every man is a moral act, to be tested by moral, and not by economic, criteria.” – Robert Maynard Hutchins

56. “Morality knows nothing of geographical boundaries or distinctions of race.” – Herbert Spencer

57. “Morality is a burglar’s tool whose merit lies in never being left behind at the scene of the crime.” – Karl Kraus

More Morality Quotes That You Will Enjoy

58. “Morality was probably the invention of unattractive men. Whom else does it benefit, really.” – Manu Joseph

59. “Morality is just a fiction used by the herd of inferior human beings to hold back the few superior men.” – Friedrich Nietzsche

60. “Every young man would do well to remember that all successful business stands on the foundation of morality.” – Henry Ward Beecher

Do You Believe That Morality Plays an Important Role in Our Lives?

Whether you’re religious or not, there’s no denying that morals are essential in society. People need to have a sense of right and wrong to know how to act in certain situations. But, sometimes, it’s easy to get caught up in day-to-day life that we forget about the value of our own morals.

That’s why it’s essential to take some time every once in a while to reflect on our principles and how they fit into our lives. This way, we can be sure that we’re sticking to the values we want to live by.

It’s easier said than done, though. After all, our world is full of temptations and distractions that make it hard for us to decide what’s right and wrong.

But, if you focus on your values, your long-term goals, and the good things you can do for others, it will be much easier for you to choose the right path. So, always make wise choices and live an honorable and moral life!

With that, we hope this list of quotes was able to give you a better understanding of morality. Always remember that life is full of hard decisions that require courage and discipline to stay on track. So, always consider the consequences of your actions!