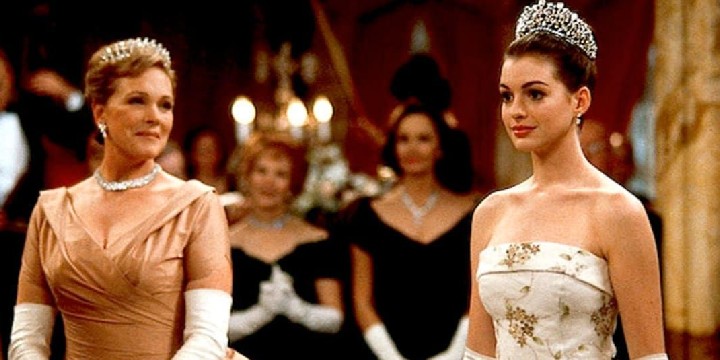 These top 30 The Princess Diaries quotes are perfect for everyone who dreamed of becoming a prince or princess when they were younger!

Often, we are bogged down by the world and told that we wouldn’t be able to escape our current life. For Mia in The Princess Diaries, that can never be more untrue.

She’s an ordinary girl living a normal life in San Francisco, California, when suddenly, everything she believed to be true wasn’t. Overnight, Mia discovered she was the Princess of Genovia.

Though it’s every girl’s dream to be a princess, it’s completely different if you’re suddenly thrown into its sea of responsibilities, royal protocol, and more. Because of this and many other things, Mia hesitated; at one point, she didn’t even want to be part of anything involving royalty.

However, Mia mustered up the courage to face her fears and brave the destiny given to her. Read through the quotes below to understand what transpired in everyone’s favorite movie, The Princess Diaries.

And don’t forget to check out these Easy A quotes and Coneheads quotes.

1. Joe: “Nobody can make you feel inferior without your consent.”

2. “Courage is not the absence of fear, but rather the judgment that something else is more important than fear. The brave may not live forever, but the cautious do not live at all. From now on, you’ll be traveling the road between who you think you are and who you can be. The key is to allow yourself to make the journey.” – Philippe Renaldi

3. Joe: “No one can quit being who they are, not even a princess. You can refuse the job, but you are a princess by birth.”

Mia Thermopolis: “How can I tell if I can even do the job?”

Mia Thermopolis: “Because you saw me when I was invisible.”

Lilly Moscovitz: “Wow is having the power to affect change, make people listen. How many teenagers have that power? What more of a miracle do you want?”

6. “Yeah, I am a freak. But you know what? Someday I just might grow out of that. But you, you will never stop being a jerk.” – Mia Thermopolis

7. “A queen is never late. Everyone else is simply early.” – Clarisse Renaldi

8. “Hi, um—hello. I’m Mia. Um, it’s stopped raining! I’m really no good at speech-making. Normally, I get so nervous that I faint or run away, or sometimes I even get sick. But you really didn’t need to know that. But I’m not so afraid anymore. See, my father helped me. Earlier this evening, I had every intention of giving up my claim to the throne. And my mother helped me, by telling me it was okay, and by supporting me like she has for my entire life. But then I wondered how I’d feel after abdicating my role as Princess of Genovia. Would I feel relieved, or would I feel sad? And then I realized how many stupid times a day I use the word ‘I.’ And probably all I ever do is think about myself. And how lame is that when there’s, like, seven billion other people out there on the planet, and—sorry, I’m going too fast. But then I thought, if I cared about the other seven billion out there, instead of just me, that’s probably a much better use of my time. See, if I were Princess of Genovia, then my thoughts and the thoughts of people smarter than me would be much better heard, and just maybe those thoughts could be turned into actions. So this morning when I woke up, I was Mia Thermopolis. But now I choose to be forevermore, Amelia Mignonette Thermopolis Renaldi, Princess of Genovia.” – Mia Thermopolis

9. “My mom always told me I couldn’t cry and told me to be a big girl. But you’ve been hurt, so you just cry, okay?” – Helen Thermopolis

11. “Is this punishment for driving without a licensed driver in the front seat? I am invisible, and I am wet.” – Mia Thermopolis

12. “My expectation in life is to be invisible, and I’m good at it.” – Mia Thermopolis

13. Clarisse Renaldi: “Helen, if Amelia refuses to accept the throne, then Genovia will cease to exist as we know it.”

Helen Thermopolis: “So the future of your country is in the hands of my 15-year-old?”

14. “I have never put on pantihose before, but it sounds dangerous.” – Joe

Mia Thermopolis: “Thank you. And you look so—clean.”

The Princess Diaries Quotes for Every Little Girl

16. Mia Thermopolis: “Dear Diary, today is my first official day as Princess of Genovia. We’ll land in a few hours, and I’ll meet Parliament and the people before beginning my royal duties. Mom is, of course, moving to Genovia with me, and we’ll continue painting—without the balloons. Lilly and Michael are planning to spend their summer vacation at our—can you believe it—palace. They’re even having my Mustang brought over, which I can legally drive in two weeks. Grandma’s so glad to be going home, and Joseph—well, he’s watching nearby as usual. Everybody’s got pre-coronation jitters, including me. Everybody that is, except Fat Louie. He’s totally adapted to being a royal. I guess he was one all along.”

Joe: “Princess, look out the window, and welcome to Genovia.”

Mia Thermopolis: “Well, uh, do you have any change?”

Clarisse Renaldi: “No. It’s not appropriate for royalty to jingle.”

18. “You know, most kids hope for a car for their 16th birthday, not a country!” – Mia Thermopolis

19. “I can’t be a princess! I’m still waiting for normal body parts to arrive!” – Mia Thermopolis

20. “Okay, you know what? I don’t feel protected. You try living for 15 years thinking that you’re one person, and then in five minutes, you find out you’re a princess. Just in case I wasn’t enough of a freak already, let’s add a tiara!” – Mia Thermopolis

The Princess Diaries Quotes to Keep Your Mind Occupied

21. “No matter how many times you press that, it will still go up and down the same way.” – Joe

23. “I love your eyebrows. We’ll call them Frieda and Kahlo. If Brooke Shields married Groucho Marx, their child would have your eyebrows!” – Paolo Puttanesca

Clarisse Renaldi: “Something that, I think, will have a very big impact upon your life.”

Mia Thermopolis: “I already have braces.”

Clarisse Renaldi: “I beg your pardon, ‘Shut up?’”

Consulate Maitre D’: “Oh, Your Majesty, in America, it doesn’t always mean to be quiet. Here it could mean, ‘Wow,’ ‘Gee-whiz,’ ‘Golly wolly.’”

Vice Principal Geraldine Gupta: “Oh, no, sweetie, I was in a very important meeting. Send it out for dry cleaning.”

29. “Tell me, how does my mother, or any person for that matter, go into a parent–teacher conference and come out with a date?” – Mia Thermopolis

30. “Michael, can you please pretend you have a life for just one moment?” – Lilly Moscovitz

Were You One of Those Children Who Wanted to Rule the World?

It’s easy to dream of being part of royalty. However, we must remember that with big power comes big responsibility.

If you’re a prince or a princess, you’ll be expected to rule your country and ensure your people are well taken care of. The weight of this responsibility is immense. Is it something you can bear on your shoulders?

Mia was afraid that she didn’t have enough experience dealing with these things and would not do well. Thankfully, with the help of her father’s letter and the encouragement from those around her, she found the confidence within herself to take her rightful place. She was courageous enough to face the unknown and to bear the responsibility that came with her title.

Like what we’ve learned from The Princess Diaries, sometimes, we can’t escape the mundane life we’re given. But, at the same time, there will always be a chance to find our happily ever after. So, just have the courage and dare to dream!