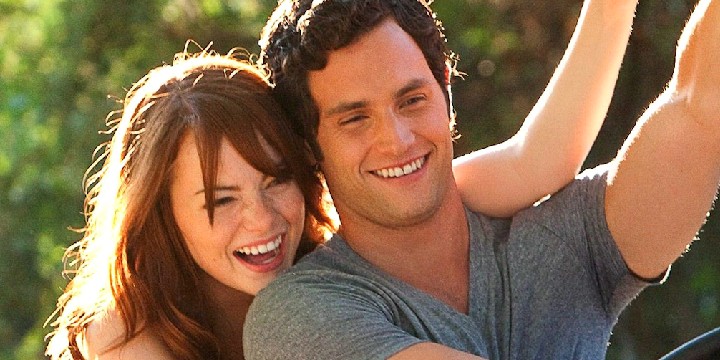 If you’ve ever been a victim of a false rumor, you’ll relate to these Easy A quotes we’ve compiled.

Ojai North High School in California has what they call a rumor mill, and Olive, one of the students, became a victim of this after telling her best friend about a fling she had with a college freshman. However, none of this is true. Olive lied, but the rumor spread like wildfire throughout her school.

Much to her surprise, she welcomed the attention she received. But, just imagine if this would happen to you in real life. Would you be happy that people are talking about you, especially when what they’re spreading is false?

Easy A might be a teen comedy, but beneath all the laughs lie lessons we can live by. Read through to the end of this list to find them.

And don’t forget to check out these The Princess Diaries quotes and Coneheads quotes.

1. “The rumors of my promiscuity have been greatly exaggerated.” – Olive Penderghast

2. “Whatever happened to chivalry? Does it only exist in ‘80s movies? I want John Cusack holding a boombox outside my window. I wanna ride off on a lawnmower with Patrick Dempsey. I want Jake from Sixteen Candles waiting outside the church for me. I want Judd Nelson thrusting his fist into the air because he knows he got me. Just once I want my life to be like an ‘80s movie, preferably one with a really awesome musical number for no apparent reason. But no, no, John Hughes did not direct my life.” – Olive Penderghast

3. “I might even lose my virginity to him. I don’t know when it will happen. You know, maybe in five minutes, or tonight, or six months from now, or maybe on the night of our wedding. But the really amazing thing is, it is nobody’s goddamn business.” – Olive Penderghast

4. “I told everyone! Well, actually I told one person, but you know how these things work. It’s like wildfire.” – Olive Penderghast

Olive Penderghast: “Haven’t you heard? I already did.”

Mrs. Griffith: “Oh, you really do. Here you go. I just don’t want this thing you’re going through to define your life. Olive, do what you got to do; let your freak flag fly. Just make sure you have an exit strategy.”

Mrs. Griffith: “You know, the pill is not 100% effective. Ask some of your friend’s parents.”

7. “Relax. Jesus. What is with you gays? Are you really that repulsed by lady parts? What do you think I have down there? A gnome?” – Olive Penderghast

Olive Penderghast: “Just as long as you won’t be there.”

Marianne Bryant: “I can assure you; I won’t.”

9. “Let me just begin by saying that there are two sides to every story. This is my side, the right one.” – Olive Penderghast

Easy A Quotes That Are Just Unforgettable

10. “This is public school. If I can keep the girls off the pole and the boys off the pipe, I get a bonus.” – Principal Gibbons

11. Dill Penderghast: “I’d take a bullet for you, you know that. Right between the eyes. I would slit my throat rather than say something to someone that you didn’t want me to say!”

Olive Penderghast: “That’s not necessary, Dad, but that is comforting.”

12. Rhiannon Abernathy: “Please tell me the rumors are true!”

Olive Penderghast: “Yes. Yes, I am a big fat slut.”

Rhiannon Abernathy: “No, no! Not that one. The one where you got suspended for calling Nina Howell a dick and punched her in the left tit.”

Olive Penderghast: “I worry about the way information circulates at this school.”

Olive Penderghast: “Thank you. They’re Costco. You can have them when you get taller.”

Rosemary Penderghast: “‘Course you will. But we’re a family of late bloomers—I didn’t until I was 14, and nor did Olive.”

Chip Penderghast: “Why does that matter—I’m adopted!”

Dill Penderghast: “What? Oh my God! Who told you? Guys, we were going to do this at the right time!”

14. “Ironically, we were studying The Scarlet Letter, but isn’t that always the way? The books you read in class always seem to have a strong connection with whatever angsty adolescent drama is being recounted. I consider this. Except for Huckleberry Finn, ’cause I don’t know any teenage boys who have ever run away with a big, hulking black guy.” – Olive Penderghast

15. “I want a 100-dollar gift card deposited into my locker by noon tomorrow. Preferably to the Gap, but I’d also take Amazon.com or OfficeMax. Actually, make it OfficeMax—I have my eye on a label maker. We did not have sex. I let you fondle my chest, and it was a glorious moment for you. Unmatched by anything you have heretofore experienced, including cake.” – Olive Penderghast

Easy A Quotes to Take You Back to Your Favorite Scenes

16. Nina Howell: “Perhaps you should embroider a red A on your wardrobe, you abominable tramp.”

Olive Penderghast: “Perhaps you should get a wardrobe, you abominable twat.”

Rosemary Penderghast: “There’s a whole jar of them in the fridge!”

18. Olive Penderghast:” Do you have a religion section?”

Bookstore Guy: “It’s right over there. Can I help you with something?”

Bookstore Guy: “That’s in bestsellers, right next to Twilight.”

19. Rosemary Penderghast: “I had a similar situation when I was your age. I had a horrible reputation.”

Rosemary Penderghast: “Because I slept with a whole bunch of people. Mostly guys.”

20. “People thought I was a dirty skank? Fine. I’d be the dirtiest skank they’ve ever seen.” – Olive

More Easy A Quotes for Fans of Olive’s Wit

21. “Welcome. This is where the magic happens. And as we all know, by ‘magic’ I mean ‘nothing.’” – Olive Penderghast

22. Marianne Bryant: “There’s a higher power that will judge you for your indecency.”

23. Rosemary Penderghast: “Olive! There’s a young man here to see you. He said something about asking for your hand in marriage!”

Olive Penderghast: “Oh, happy day, Mama! Oh, I thought I was gonna have to spend my dowry on booze and pills to numb the loneliness. A gentleman caller, hooray!”

Dill Penderghast: “No dating for you, young lady.”

Olive Penderghast: “Oh, I think my complete lack of allure already kinda shot that horse in the face.”

Olive Penderghast: “Oh my God! The illusion is shattered! This is exactly why they put you in the gas chamber if you take your head off at Disney World.”

Woodchuck Todd: “Actually, I think they just, you know, they fire you. You’re thinking of Disneyland. Disney World is much more liberal.”

What’s the Worst Rumor You’ve Ever Heard, and Was It True or Not?

Rumors can either be factual or false. However, they usually can’t be proven and are, most of the time, inaccurate. Words can make or destroy people, so we must always be careful of what comes from our mouths.

Always think before you speak because you don’t know how it will affect others around you. In Easy A, Olive might have welcomed the attention she got. But, just imagine if you were in her place; would you really be able to wake up the next day free of worries with rumors like hers spreading around?

Others’ lives are none of our business. We shouldn’t meddle in them and mustn’t share what we think with others, especially if they’re not confirmed by the person we’re talking about.

More than that, Easy A also teaches us not to judge others solely based on rumors. Like what we’ve said above, they can be true or not. So, always be open to explanation and learning about the truth first.

With that, we hope we were able to help you better understand the morals that lie beneath Easy A. Remember, think and reflect before you speak!