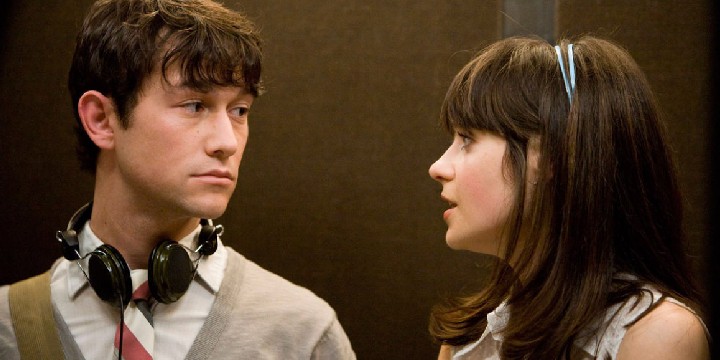 If you want a more realistic take on love, these 500 Days of Summer might be your best bet!

Usually, we see protagonists of movies have happy endings together. But, 500 Days of Summer takes on a completely different approach. It shows us that relationships don’t always work out and that love is sometimes not enough to sustain a relationship.

When Tom Hansen meets and falls in love with Summer Finn, he thinks they’ll end up together. Sadly, Summer is only looking for casual relationships; she didn’t believe in love then. So, when Tom wanted more stability and security in their relationship, Summer shied away and broke up with him.

In the ups and downs of their relationship, we learn many things about love. But, perhaps the main thing would be about not depending our happiness on another person.

If you’re curious about Tom and Summer’s story, read on! We’ve collected the most iconic and meaningful quotes to reflect on.

And don’t forget to check out these Me Before You quotes and Fifty Shades of Grey quotes.

1. “People don’t realize this, but loneliness is underrated.” – Tom Hansen

2. “Someday, someone will walk into your life and make you realize why it never worked out with anyone else.” – Summer Finn

Tom Hansen: “I need to know that you’re not gonna wake up in the morning and feel differently.”

Summer Finn: “And I can’t give you that. Nobody can.”

5. “Do you ever do this, you think back on all the times you’ve had with someone, and you just replay it in your head over and over again, and you look for those first signs of trouble?” – Tom Hansen

6. “Color my life with the chaos of trouble.” – Summer Finn

8. “Just because she likes the same bizarro crap you do doesn’t mean she’s your soul mate.” – Rachel Hansen

Summer Finn: “What I was never sure of with you.”

10. “It’s these cards, and the movies, and the pop songs—they’re to blame for all the lies and the heartache, everything. We’re responsible. I’m responsible. I think we do a bad thing here. People should be able to say how they feel, how they really feel, not ya know, some words that some stranger put in their mouth. Words like love, that don’t mean anything. Sorry, I’m sorry, I—um—I quit. There’s enough bullshit in the world without my help.” – Tom Hansen

12. “Most days of the year are unremarkable. They begin, and they end with no lasting memory made in between. Most days have no impact on the course of a life.” – Narrator

14. “Either she’s an evil, emotionless, miserable human being, or she’s a robot.” – Tom Hansen

15. Mr. Vance: “I don’t mean to pry, but does this have something to do with Summer leaving?”

Mr. Vance:” My assistant. Tom, everyone knows. Never mind—and the reason I’m asking is because lately, your work performance seems to be a little bit off.”

Mr. Vance: “Okay, here’s something that you wrote last week, ‘Roses are red, violets are blue, f*ck you, wh*re.’”

17. “When one strongly believes in something, it takes overwhelming contradictory evidence to change their minds.” – Narrator

18. “I’m messed up. I am. You know, on the one hand, I want to forget her. On the other hand, I know that she’s the only person in the entire universe that will make me happy.” – Tom Hansen

Tom Hansen: “What do you know about PMS?”

Rachel Hansen: “More than you, Tom.”

20. “I just like being on my own. Relationships are messy, and feelings are always getting hurt. Who needs all that? We’re young. We live in one of the most beautiful cities in the world; I say, let’s have as much as we can afford and leave the serious stuff for later.” – Summer Finn

500 Days of Summer Quotes to Remember

21. “Look, I know you think she was the one, but I don’t. Now, I think you’re just remembering the good stuff. Next time you look back, I—uh,—I really think you should look again.” – Rachel Hansen

22. “If Tom had learned anything, it was that you can’t ascribe great cosmic significance to a simple earthly event. Coincidence, that’s all anything ever is, nothing more than coincidence. Tom had finally learned, there are no miracles. There’s no such thing as fate; nothing is meant to be. He knew—he was sure of it now.” – Narrator

Tom Hansen: “Not literally. That’s disgusting. Jesus, what’s the matter with you?”

24. “I’ve been happily married for 30 years. She’s the light that guides me home. Yes, it is from one of our cards. No, someone else wrote it. Doesn’t make it less true.” – Mr. Vance

25. Summer Finn: “I named my cat after Springsteen.”

26. “I love how she makes me feel. Like anything’s possible. Like, I don’t know—like life is worth it.” – Tom Hansen

500 Days of Summer Quotes That Are Full of Meaning

27. “Some people are meant to fall in love with each other. But, not meant to be together.” – Tom Hansen

Summer Finn: “Well, you don’t believe that, do you?”

30. “Okay. Settle. She’s just a girl. Just a girl. She wants to keep it casual, which is why she’s in my bed right now. But that’s casual. That’s what casual people do. That’s fine. That’s great.” – Tom Hansen

Based on What You’ve Read, Whose Side Are You On?

Since 500 Days of Summer was released, many have been debating who the so-called villain is in the story. Is it Summer who broke up with Tom after being pressured by his need for stability and security? Or is it Tom who’s been holding on to Summer since their separation?

No matter whose side you’re on, what we’re sure of is that Tom and Summer both teach us valuable lessons when it comes to relationships. For one, we often associate our feelings of contentment and happiness with our partners. However, we must realize that happiness and contentment can only be found within; we should never rely on others for our sense of joy.

Another lesson from the movie is to not fall in love with just an idea of a person—nor should we ignore the signs or the red flags when they’re already there. It won’t be easy to let go of love. But, if you’re already getting hurt or don’t have the same goals as the other person, you might want to start reflecting on your relationships.

Lastly, we also learn how to feel our emotions and grieve our lost love through Tom and Summer. When we’ve broken up and separated from those dear to us, it will take some time—even years—to get over what we lost, and that’s okay. Take your time to go through the process of grief and acceptance; you’ll eventually be able to move forward with your life.

With that, we hope you were able to gain a better understanding of the realities of love through this list of the best 500 Days of Summer quotes. Being in love is one of the most beautiful feelings in the world. But, alongside that, remember that it can also bring about pain and sadness!