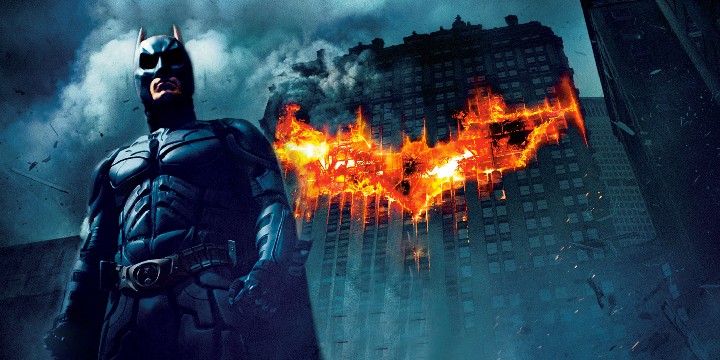 Allow these The Dark Knight quotes to remind you how good will always triumph over evil!

Christopher Nolan’s Batman movies are regarded as among the best ever made. They’re not just the best superhero movies; they’re also carefully crafted and masterfully produced. To no surprise, The Dark Knight Trilogy is part of that roster!

Not only did it feature some of our favorite heroes and villains, but it also focused on real-world tension. From the first installment to the last, the movies are action-packed and lesson-packed, which will make you clutch onto your seats as you wait for the next scene.

So, what are you holding out for? Browse through this collection of the best quotes from the movies we’ve prepared for you. Get ready to jot down quotes from your favorite characters!

And make sure to check out these Batman quotes and Joker quotes.

Best Quotes From The Dark Knight

2. “Because he’s the hero Gotham deserves, but not the one it needs right now. So we’ll hunt him. Because he can take it. Because he’s not our hero. He’s a silent guardian, a watchful protector. A dark knight.” – James Gordon

3. “Deep down you may still be that same great kid you used to be. But it’s not who you are underneath, it’s what you do that defines you.” – Rachel Dawes

4. “You either die a hero or you live long enough to see yourself become the villain.” – Harvey Dent

5. “I believe that whatever doesn’t kill you, simply makes you—stranger.” – The Joker

6. “People need dramatic examples to shake them out of apathy and I can’t do that as Bruce Wayne. As a man, I’m flesh and blood, I can be ignored, I can be destroyed; but as a symbol—as a symbol, I can be incorruptible, I can be everlasting.” – Bruce Wayne

8. “Your anger gives you great power. But if you let it, it will destroy you—as it almost did me.” – Henri Ducard

9. “Some men aren’t looking for anything logical, like money. They can’t be bought, bullied, reasoned, or negotiated with. Some men just want to watch the world burn.” – Alfred Pennyworth

10. “The night is darkest just before dawn. And I promise you, the dawn is coming.” – Harvey Dent

12. “Endure, Master Wayne. Take it. They’ll hate you for it, but that’s the point of Batman, he can be an outcast. He can make the choice that no one else can make, the right choice.” – Alfred Pennyworth

14. “The world is cruel, and the only morality in a cruel world is chance.” – Harvey Dent

15. “You can’t rely on anybody these days, you gotta do everything yourself, don’t we?” – The Joker

16. “A hero can be anyone, even someone doing something as simple and reassuring as putting a coat around a little boy’s shoulders to let him know the world hasn’t ended.” – Bruce Wayne

17. “Why do we fall, sir? So that we can learn to pick ourselves up.” – Alfred Pennyworth

19. “You must become more than just a man in the mind of your opponent.” – Henri Ducard

20. “If you make yourself more than just a man, if you devote yourself to an ideal, and if they can’t stop you, then you become something else entirely—legend, Mr. Wayne.” – Henri Ducard

21. “Maybe that’s what Batman is about. Not winning, but failing, and getting back up. Knowing he’ll fail, fail a thousand times, but still won’t give up.” – Bruce Wayne

23. “Criminals, by nature, are a cowardly and superstitious lot.” – Bruce Wayne

24. “This city just showed you that it’s full of people ready to believe in good.” – Bruce Wayne

26. “You’ll haunt me. You’ll condemn me. Set the dogs on me. Because that’s what needs to happen.” – Bruce Wayne

27. “The true crimefighter always carries everything he needs in his utility belt, Robin.” – Bruce Wayne

28. “Let that be a lesson. In the future, be more careful who you accept free lemonade from.” – Bruce Wayne

29. “It’s happening now. Harvey is that hero. He locked up half of the city’s criminals, and he did it without wearing a mask. Gotham needs a hero with a face.” – Bruce Wayne

30. “All men have limits. They learn what they are and learn not to exceed them. I ignore mine.” – Bruce Wayne

31. “See, this is how crazy Batman made Gotham! If you want order in Gotham, Batman must take off his mask and turn himself in. Oh, and every day he doesn’t, people will die, starting tonight. I’m a man of my word.” – The Joker

32. “Never start with the head, the victim gets all fuzzy.” – The Joker

34. “And you know what? She can’t stand the sight of me! She leaves. Now I see the funny side. Now I’m always smiling!” – The Joker

35. “All you care about is money. This city deserves a better class of criminals. And I’m gonna give it to them!” – The Joker

36. “In their last moments, people show you who they really are.” – The Joker

37. “Don’t talk like you’re one of them! You’re not, even if you’d like to be. To them, you’re just a freak, like me. They need you right now, but when they don’t, they’ll cast you out—like a leper. See, their morals, their ‘code’—it’s a bad joke, dropped at the first sign of trouble. They’re only as good as the world allows them to be. I’ll show you when the chips are down, these—ah—‘civilized people?’ They’ll eat each other. See, I’m not a monster. I’m just ahead of the curve.” – The Joker

38. “You have nothing, nothing to threaten me with! Nothing to do with all your strength!” – The Joker

42. “You think darkness is your ally. You’ve merely adopted the dark. I was born in it, molded by it. I didn’t see the light until I was a man and by then it was only blinding.” – Bane

43. “Peace has cost you your strength. Victory has defeated you.” – Bane

45. “Theatricality and deception are powerful agents to the uninitiated.” – Bane

The Dark Knight Quotes to Make You Think

46. “Criminals aren’t complicated, Alfred. Just have to figure out what he’s after.” – Bruce Wayne

47. “You know that day that you once told me about when Gotham would no longer need Batman? It’s coming.” – Bruce Wayne

49. “There’s a reason why this prison is the worst hell on earth—hope. Every man who has ventured here over the centuries has looked up to the light and imagined climbing to freedom.” – Bruce Wayne

51. “If you want to kill a public servant, Mr. Maroni, I recommend you buy American.” – Harvey Dent

52. “Death does not wait for you to be ready! Death is not considerate, or fair!” – Henri Ducard

53. “You always fear what you don’t understand.” – Carmine Falcone

More The Dark Knight Quotes From the Trilogy

54. “I wouldn’t presume to tell you what to do with your past, sir. Just know that there are those of us who care about what you do with your future.” – Alfred Pennyworth

55. “Have you ever had to talk to the person you love most, tell them it’s gonna be alright when you know it’s not?” – Rachel Dawes

56. “Targeting me won’t get their money back. I knew the mob wouldn’t go down without a fight, but this is different. They crossed the line.” – Bruce Wayne

57. “The public likes you. That’s the only reason that this might fly, but it’s all on you. They’re all gonna come after you, now. Politicians, journalists, cops. Anyone whose wallet is about to get tight. Are you up for it? You better be. ‘Cause if they get anything on you, those criminals are put back on the streets, followed swiftly by you and me.” – Mayor

59. “Introduce a little anarchy. Upset the established order, and everything becomes chaos. I’m an agent of chaos. Oh, and you know the thing about chaos? It’s fair!” – The Joker

60. “This city needs Bruce Wayne, your resources, your knowledge. It doesn’t need your body or your life. That time has passed.” – Alfred Pennyworth

Did Our Collection Instill the Importance of Justice and Morality in You?

Christopher Nolan transforms simple stories into intriguing cinematic experiences that entertain and speak to us. Some of his greatest works that cemented his place in cinema history is The Dark Knight Trilogy.

While it’s been years since the last installment, fans are still captivated by the plot and the star-studded cast. While the trilogy has an excellent story structure, the powerful lessons taught throughout the story are the main reasons fans watch the movies over and over again.

The Dark Knight Trilogy teaches us to stay true to our core values and remember the importance of justice. Keep in mind that standing up for what is right fosters humanity and compassion for others. It is only through these things that we can improve ourselves as individuals.

Another thing we learn from the movies is how to overcome our fears and learn how to rise above them. Everyone is terrified of something. But, the only way to move forward is to continue and overcome what makes us tick.

Life’s difficulties will always keep us in check. But, remember to fight for what’s right and for what you truly believe in. You are your own superhero, and you have the power to change the world!

Which out of the three movies is your favorite? Which quote inspired you the most? Share them in the comments section below.