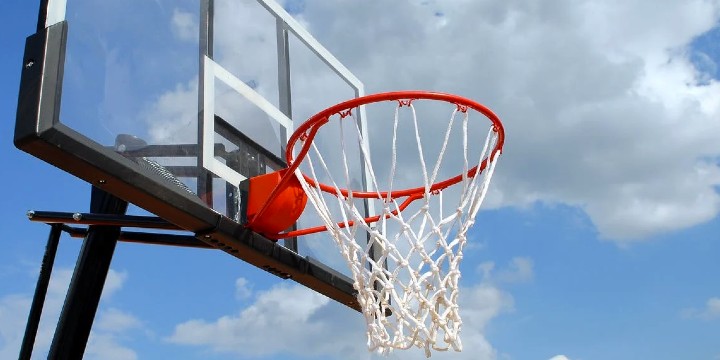 Let these basketball quotes shape you into a person full of courage and determination when it comes to reaching your dreams.

Basketball is a sport for everyone. It is a simple and entertaining game that will bring a lot of fun to your day and teach you valuable things about life.

Unfortunately, some people think of basketball as a childish game. They never think to look at what you will learn from it, such as patience, teamwork, and perseverance.

People tend to forget that you will be one step closer to winning in anything by sharpening these attributes.

So, what are you waiting for? Read the complete list of basketball quotes below and find some life-changing lessons that will guide you in working for your goals.

And don’t forget to check out these Stephen Curry quotes and Michael Jordan quotes.

1. “Basketball is a beautiful game when the five players on the court play with one heartbeat.” – Dean Smith

2. “Basketball is a lifelong game. You continue to learn from the game day in and day out, and all along the way, you get better.” – Scottie Pippen

3. “Basketball is a sport that involves the subtle interweaving of players at full speed to the point where they are thinking and moving as one.” – Phil Jackson

4. “In basketball, as in life, true joy comes from being fully present in each and every moment, not just when things are going your way.” – Phil Jackson

5. “Basketball is a full-court game, so every drill must be done full court.” – Bob Knight

6. “Basketball is like photography. If you don’t focus, all you have is the negative.” – Dan Frisby

7. “Basketball is a simple game. Your goal is penetration, get the ball close to the basket, and there are three ways to do that: pass, dribble, and offensive rebound.” – Phil Jackson

8. “Playing basketball calls for every part of your body, and every ability to move possessed by the human body.” – Dre Baldwin

11. “The two ingredients in success in basketball are playing hard and playing intelligently.” – Pete Carroll

12. “But that’s the thing about basketball, you don’t play games on paper.” – Bill Simmons

14. “I’ve missed more than 9,000 shots in my career. I’ve lost almost 300 games. Twenty-six times, I’ve been trusted to take the game-winning shot and missed. I’ve failed over and over and over again in my life, and that is why I succeed.” – Michael Jordan

15. “Remember that basketball is a game of habits. If you make the other guy deviate his habits, you’ve got him.” – Bill Russell

16. “There is no such thing as a perfect basketball player, and I don’t believe there is only one greatest player either. Everyone plays in different eras. I built my talents on the shoulders of someone else’s talent. I believe greatness is an evolutionary process that changes and evolves era to era.” – Michael Jordan

18. “I can’t stand a ballplayer who plays in fear. Any fellow who has a good shot has got to take it and keep taking it. So he misses, so what?” – Red Auerbach

19. “Basketball is a game with winners and losers, but if you play this game with your heart, you’re always a winner.” – C.M.

20. “Basketball gave me the confidence to speak out, and it gave me the platform to be heard.” – Kareem Abdul-Jabbar

21. “There is a lot of basketball beyond our control, but a player should never let anyone try harder than he does.” – Dean Smith

22. “Practice habits were crucial to my development in basketball. I didn’t play against the toughest competition in high school, but one reason I was able to do well in college was that I mastered the fundamentals. You’ve got to have them down before you can even think about playing.” – Larry Bird

23. “I would tell players to relax and never think about what’s at stake. Just think about the basketball game. If you start to think about who is going to win the championship, you’ve lost your focus.” – Michael Jordan

24. “That’s why at the start of every season, I always encouraged players to focus on the journey rather than the goal. What matters most is playing the game the right way and having the courage to grow as human beings as well as basketball players. When you do that, the ring takes care of itself.” – Phil Jackson

25. “My whole life, people have doubted me. My mom did. People told me in high school I’m too short and not fast enough to play basketball. They didn’t know my story. Because if they did, they’d know that anything is possible.” – Jimmy Butler

26. “A lot of late nights in the gym, a lot of early mornings, especially when your friends are going out, you’re going to the gym, those are the sacrifices that you have to make if you want to be an NBA basketball player.” – Jason Kidd

27. “A key basketball skill is imagery. The best players ‘see’ situations before they happen so they can be prepared.” – Jack Ramsay

29. “The only difference between a good shot and a bad shot is if it goes in or not.” – Charles Barkley

30. “I always wanted to be a basketball player. Nothing more, nothing less.” – Dirk Nowitzki

Basketball Quotes That’ll Teach You About Teamwork and Leadership

35. “A basketball team is like the five fingers on your hand. If you can get them all together, you have a fist. That’s how I want you to play.” – Mike Krzyzewski

36. “Basketball is a team game. But that doesn’t mean all five players should take the same amount of shots.” – Dean Smith

37. “Some say you have to use your five best players, but I found out you win with the five that fit together best as a team.” – Red Auerbach

38. “Teamwork is the beauty of our sport, where you have five acting as one.” – Mike Krzyzewski

39. “As a leader, your job is to do everything in your power to create the perfect conditions for success by benching your ego and inspiring your team to play the game the right way. But at some point, you need to let go and turn yourself over to the basketball gods. The soul of success is surrendering to what is.” – Phil Jackson

Basketball Quotes to Learn From Players and Coaches

40. “If you’re trying to achieve, there will be roadblocks. I’ve had them. Everybody has had them, but obstacles don’t have to stop you. If you run into a wall, don’t turn around and give up. Figure out how to climb it, go through it, or work around it. You have to expect things of yourself before you can do them.” – Michael Jordan

41. “They say that a successful basketball team is one where defeat is accepted with dignity and lessons are learned from mistakes.” – James Wilson

42. “The invention of basketball was not an accident. It was developed to meet a need. Those boys simply would not play ‘Drop the handkerchief.'” – James Naismith

43. “I think that my God-given physical attributes, big hands, and big feet, the way that I’m built, proportion-wise, just made basketball the most inviting sport for me to play.” – Julius Erving

44. “Most of us spend the bulk of our time caught up in thoughts of the past or the future, which can be dangerous if your job is winning basketball games. Basketball takes place at such a lightning pace that it’s easy to make mistakes and get obsessed with what just happened or what might happen next, which distracts you from the only thing that really matters—this very moment.” – Phil Jackson

45. “Basketball, like all sports, is predicated on the execution of fundamentals. The coach is a teacher. His subject: fundamentals.” – Jack Ramsay

46. “In basketball, distributing shots among teammates is like dispersing cars across different roadways.” – Ben Taylor

47. “When I lose the sense of motivation and the sense to prove something as a basketball player, it’s time for me to move away from the game.” – Michael Jordan

48. “I just love the game of basketball so much. The game! I don’t need the 18,000 people screaming and all the peripheral things. To me, the most enjoyable part is the practice and preparation.” – Bob Knight

49. “You don’t need great skill to be a tough rebounder. Being a rebounder is all about effort, determination, and physicality.” – Mike Malone

50. “What is the best thing you can do in a close game? Drive to the basket and put pressure on the defense! Not jack up jump shots.” – Bob Knight

What Is the Biggest Lesson That Basketball Taught You?

All champions were once losers and beginners. Before great basketball players became the best, they experienced tough losses and failures that shaped who they are today. Their dark times served as their fuel and encouraged them to keep working to reach their dreams.

This is why basketball is truly one of the most enriching sports out there. It teaches you to be positive and motivated despite the challenges you face. Its lessons transcend way beyond the court and instead equip us with the right tools and mindset we can apply in our day-to-day lives.

So, whether you are a basketball fan or not, we hope that these quotes were able to give you the drive you need to stay optimistic. Don’t be a quitter and just push forward, no matter how hard it may seem at first. Keep revisiting this collection to pump you up in your everyday grind!

Which basketball quote was most relevant to you? Do you have more quotes to add to the collection? Leave a comment below!