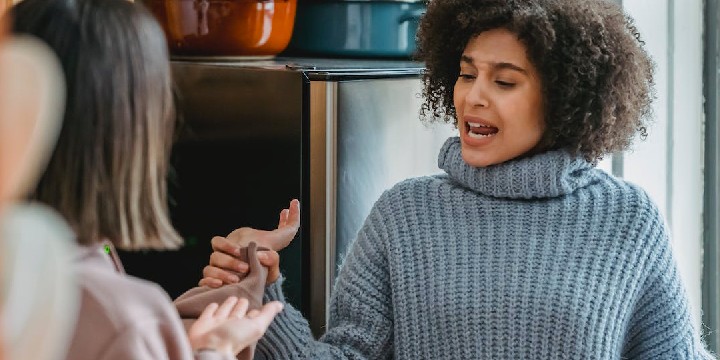 Read these blaming others quotes that will help you recognize how important it is to face your mistakes and wrongdoings.

It’s perfectly okay to be afraid of consequences and punishments. But, even though that’s the case, we must never relinquish our responsibilities. No matter how big or small our mistake is, we should never place the blame on other people.

When we point our fingers at others, we neglect our own growth and self-development. Just think of it this way: how would you correct your mistakes if you don’t let yourself be teachable and open to criticism?

To learn how important it is to be accountable for your actions, read through these blaming others quotes we’ve collected below. Grab a pen and a sheet of paper and note down lines that genuinely made an impact on your perspective!

And make sure to check out these second chance quotes and looking forward quotes.

1. “You become a victim when you blame yourself or others for some problem or error.” – Jay Fiset

2. “You made your choices to get where you are now in life, stop blaming others for your misfortune and choose wisely next time.” – Leon Brown

3. “When you keep blaming others for every mistake you make in life, one day you’ll look back and realize you’re the mistake all along.” – Abdulazeez Henry Musa

4. “You can get discouraged many times, but you are not a failure until you begin to blame somebody else and stop trying.” – John Burroughs

5. “Stop blaming other people and circumstances for killing your dreams. The truth is, we tend to talk ourselves out of acting upon our dreams.” – Steve Maraboli

7. “All too often, we have been pulled away from being honest with ourselves and drawn into a game of blaming others for bad situations. Just how crazy has our society become with playing ‘the blame game?'” – Joseph E. McGuire

Blaming Others Quotes That’ll Encourage You to Be More Accountable

8. “Everyone must take responsibility for themselves. Blaming your problems on the world will get you nowhere.” – Claire Shannon

9. “Some people love being victims because they love being able to blame someone else. Accountability is too much for them. They don’t like being responsible for who they have become or where they are in life.” – Anonymous

11. “People will blame anyone or anything for their misery sooner than take the responsibility to own it and make it better.” – Dr. Henry Cloud

12. “If you make a bad decision, you need to take responsibility. Keep your head up, admit fault, take the blame, and move on. The worst thing you can do is pass blame on to your team for a poor decision that you made.” – David Miller

13. “Too often in life, something happens, and we blame other people for us not being happy or satisfied or fulfilled. So the point is, we all have choices, and we make the choice to accept people or situations or to not accept situations.” – Tom Brady

Short Blaming Others Quotes to Keep Yourself in Check

15. “Blaming others is excusing yourself.” – Robin Sharma

16. “When you blame others, you give up your power to change.” – Robert Anthony

18. “Do not blame anybody for your mistakes and failures.” – Bernard Baruch

19. “Blaming others is nothing more than excusing yourself.” – Robin Sharma

Blaming Others Quotes That’ll Guide You in Life

20. “Your life is the fruit of your own doing. You have no one to blame but yourself.” – Joseph Campbell

22. “You only have one go at life, which is thrilling. Only you can make yourself into who you want to be. Don’t blame anybody else. You are entitled to free fresh air, and that’s it. Do the rest yourself.” – Joanna Lumley

23. “You are the master of your own ship, pal. There are lots of people who fall into troubled waters and don’t have the guts or the knowledge or the ability to make it to shore. They have nobody to blame but themselves.” – Evel Knievel

24. “You are responsible for your life. You can’t keep blaming somebody else for your dysfunction. Life is really about moving on.” – Oprah Winfrey

25. “An important decision I made was to resist playing the Blame Game. The day I realized that I am in charge of how I will approach problems in my life, that things will turn out better or worse because of me and nobody else, that was the day I knew I would be a happier and healthier person. And that was the day I knew I could truly build a life that matters.” – Steve Goodier

Blaming Others Quotes for People Who Need Some Maturity

27. “Never blame another person for your personal choices—you are still the one who must live out the consequences of your choices.” – Caroline Myss

28. “It’s easy to blame others for your situation. It’s much more productive to search your own past and find what caused your faults.” – Anonymous

29. “There is an expiry date on blaming your parents for steering you in the wrong direction; the moment you are old enough to take the wheel, the responsibility lies with you.” – J.K. Rowling

30. “Sometimes you have to blame yourself because you knew better.” – Anonymous

Blaming Others Quotes That’ll Help You Reconsider Your Actions

31. “Blaming others will confine you to a life of mediocrity.” – Anonymous

32. “Stop the blame game. Stop! Stop looking out the window and look in the mirror!” – Eric Thomas

33. “You’ll never get ahead by blaming your problems on other people.” – Willie Nelson

34. “It’s always easy to blame someone else or outside forces for our actions. Yet we don’t have the right to blame other people or circumstances for our behavior.” – Joyce Meyer

35. “When you blame and criticize others, you are avoiding some truth about yourself.” – Deepak Chopra

Blaming Others Quotes for Those Who Point Fingers

36. “The man who can smile when things go wrong has thought of someone else he can blame it on.“– Robert Bloch

37. “Before you start blaming people for your problems, stop and think about who created them.” – Anonymous

38. “When we assign blame, we are pointing the finger at who or what is responsible for a fault or for a wrongdoing. We are trying to make others accountable. Blaming does not solve a problem; it usually only makes people defensive.” – Catherine Pulsifer

39. “It’s always easy to blame others. You can spend your entire life blaming the world, but your success and failures are entirely your own responsibility.” – Paulo Coelho

40. “Wherever you find a problem, you will usually find the finger-pointing of blame. Society is addicted to playing the victim.” – Stephen R. Covey

Blaming Others Quotes That Zoom in on Its Consequences

41. “Blaming others takes time and energy from improving yourself.” – Anonymous

42. “A bad mood is often the reason for blaming others; but very often blaming others causes bad feelings in us: the more we blame others, the worse we feel.” – Leo Tolstoy

43. “You will never become who you want to be if you keep blaming everyone else for who you are now.” – John Spence

44. “All blame is a waste of time. No matter how much fault you find with another, and regardless of how much you blame him, it will not change you. The only thing blame does is to keep the focus off you when you are looking for external reasons to explain your unhappiness or frustration. You may succeed in making another feel guilty about something by blaming him, but you won’t succeed in changing whatever it is about you that is making you unhappy.” – Wayne Dyer

Poetic Blaming Others Quotes to Steer You in the Right Direction

45. “If you reveal your secrets to the wind, you should not blame the wind for revealing them to the trees.” – Khalil Gibran

46. “The search for a scapegoat is the easiest of all hunting expeditions.” – Dwight D. Eisenhower

47. “When you plant lettuce, if it does not grow well, you don’t blame the lettuce. You look into the reasons it is not doing well. It may need fertilizer, or more water, or less sun. You never blame the lettuce. Yet if we have problems with our friends or our family, we blame the other person. But if we know how to take care of them, they will grow well, like lettuce. Blaming has no positive effect at all, nor does trying to persuade using reason and arguments. That is my experience. No blame, no reasoning, no argument, just understanding. If you understand, and you show that you understand, you can love, and the situation will change.” – Thích Nhất Hạnh

More Quotes About Blaming Others

48. “If you get your ego in your way, you will only look to other people and circumstances to blame.” – Jocko Willink

49. “We’re blaming society, yet we are society. So, to make it a better place, we must change ourselves first.” – Ramandeep Singh

50. “We are taught you must blame your father, your sisters, your brothers, the school, the teachers – but never blame yourself. It’s never your fault. But it’s always your fault because if you wanted to change, you’re the one who has got to change.” – Katharine Hepburn

What’s the First Thing You Do When You Make a Mistake?

It’s an inevitable part of being human to make mistakes. It’s even more normal to want to shield yourself from criticism because of our instinct of self-preservation. But, this is not an excuse to place the blame on other people.

Instead, we must find the courage and build our confidence to face our wrongdoings. After all, the first step toward being more equipped to face challenges is admitting that we made a mistake.

Blaming others also speaks a lot about your character as a person. If you deny what you did wrong, you won’t be considered respectable and responsible. Instead, people will think that you’re someone with no accountability for their actions, and it will make people view you in a negative light.

So, step up and be brave enough to face the consequences of your mistakes. It’s okay to be scared but rise above that fear. In time, you’ll find yourself experiencing growth, development, and more!